It's also worth noting that Colorado's final total may still increase by a few hundred more (?) due to their "in line by midnight" policy announced yesterday.

Among the 2019 plan selections, 21 percent are by customers who are new to Connect for Health Colorado and 79 percentare renewing customers.

Well, apparently it was more than "a few hundred more". They posted this update a week or so ago:

Now that our sixth Open Enrollment Period has closed, we are excited to share data about who enrolled and from what part of the state. Our staff are busy crunching numbers. We will release our official Open Enrollment Report by mid-March.

While we are doing all of our calculations, this week, we shared some high-level data with our Board of Directors that you may find interesting:

Here's the county-level breakout referred to above: 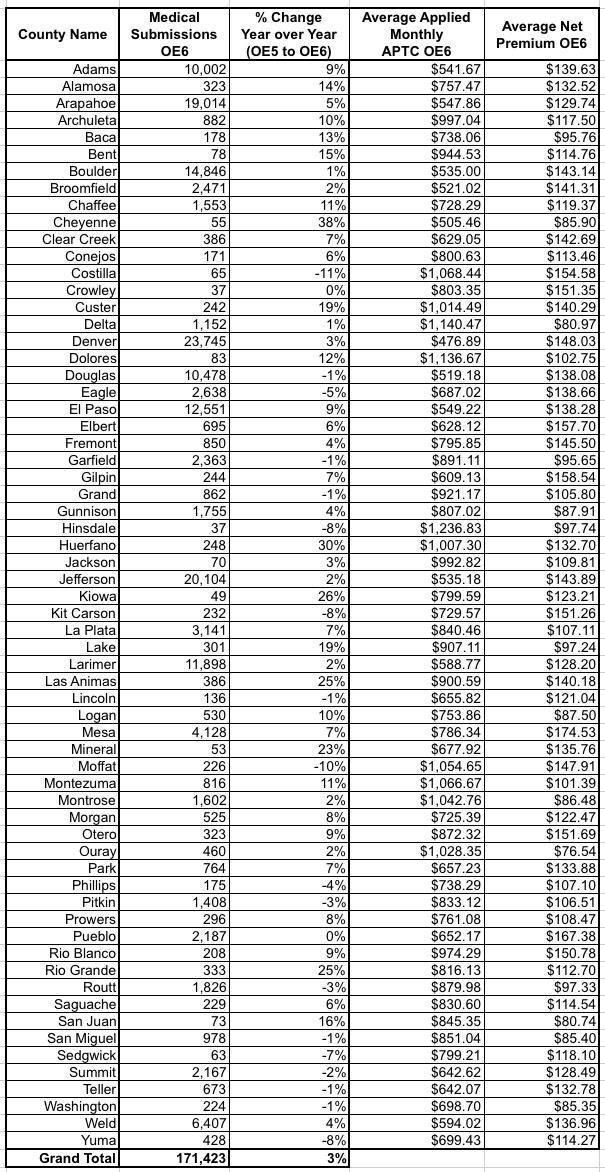