Approximately 8.4 million people selected or were automatically re-enrolled in plans using the HealthCare.gov platform during the 2019 open enrollment period.

CMS will release additional data in March, including final plan selection data from State-based Exchanges that do not use the HealthCare.gov platform.

What's most noteworthy to me here, aside from the significantly lower number of people "scrubbed" from their plans after 12/15 (43,268 lower than the Week 7 report) is that the number of current enrollees renewing their coverage actually ended up increasing slightly year over year (by nearly 1%) while the number of new enrollees ended up dropping a bit more than Week 7 had already indicated (15.8% instead of the 15.4%) which it had previously looked like). Overall, instead of the grand total dropping by 4.2% year over year, it was down only 3.8%, or around 332,000 enrollees.

Here's the state-by-state breakout. Six of the seven states which had previously appeared to surpass 2018's totals still did so in the end, but South Carolina didn't end up making the cut after all: 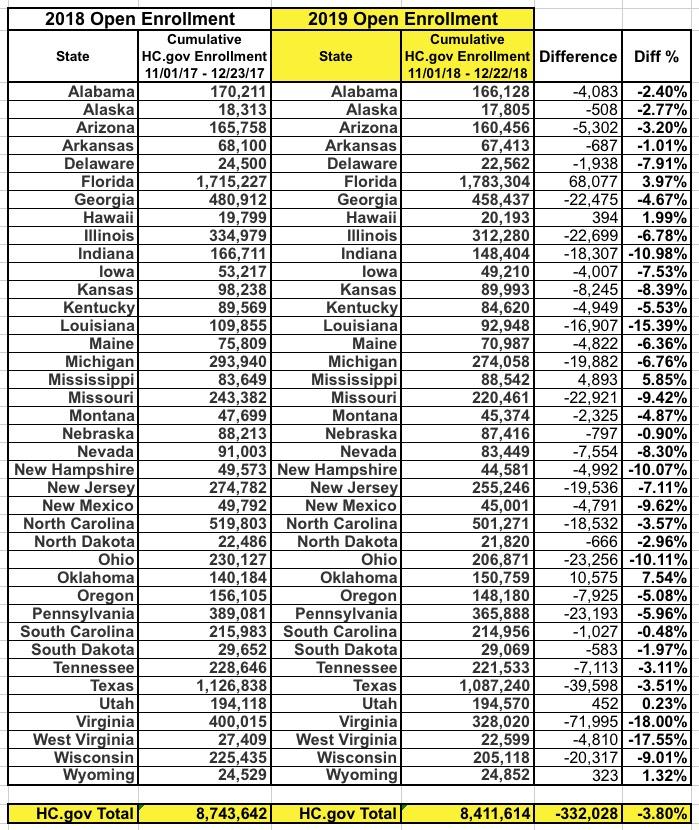