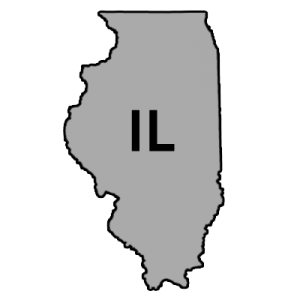 This is welcome news...

Illinois Senate voted unanimously to override the Governor's veto of a bill to limit short-term health plans to 6 months. Protecting consumers and insurance markets from long-term short-term plans does not appear to be a partisan issue. https://t.co/fJ4NVV4LRQ

A bill which partly restricted short-term plans to six months easily passed both the Illinois House and Senate last spring, but was later vetoed by GOP Gov. Bruce Rauner. However, Rauner was beaten in his re-election bid earlier this month by Democrat J.B. Pritzker, so with solid majorities in both chambers of the state legislature, this bill was almost certain to be brought back.

I should note that my headline notwithstanding, this only impacts the "short" part of #ShortAssPlans, not the "ass" part (Association Health Plans).

So why didn't the IL Dems simply wait until Pritzker took office to reintroduce the bill? The only reason I can think of is timing--they probably want to squeeze it in now so it'll still take effect starting January 1, 2019, as noted in the actual text of the bill. If they wait until January to pass it again, I presume it can't be made retroactive and wouldn't kick in until 2020.

What's most interesting to me is that the Senate vote was, just like last May, unanimous. The Dems do have a solid majority in the Illinois state Senate, but not a supermajority (it's a 37/21 split, plus 1 "Conservative Party" Senator). Yet all 59 voted for this bill both then and now. Huh.

The Illinois House is a bit different. The Dems hold is narrower (67 out of 118, or around 57%), and while the bill still passed easily, it still had strong opposition--65 yeas, 49 nays. I believe Illinois requires a 3/5ths majority in both the House and Senate to override a veto, which would mean at least 71 yea votes to do so.

Anyway, while I'd prefer it if Illinois simply scrapped short-term plans altogether as California and a few other states have done (officially or effectively), or at least cut them down to 3 months as several other states have), this is better than nothing, so we'll see...