Medicaid Expansion OFFICIALLY* on the ballot in Idaho and Utah! 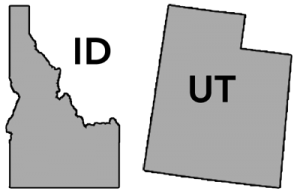 I know this is like the third "It's on the ballot!" post I've written regarding Medicaid expansion in Idaho, but this time it appears to be for real...almost:

BOISE — A Medicaid expansion proposal has passed the signature threshold, officials confirmed on Thursday, but said further review is needed before it gets on the November ballot.

The effort needed at least 56,192 signatures to qualify. However, those signatures must also come from 6 percent of the registered voters in at least 18 of Idaho’s 35 legislative districts.

McGrane says it’ll be up to the state to determine if the signatures meet the legislative district requirements.

Reclaim Idaho, the group that organized the Medicaid expansion effort, did not immediately return a request for comment.

If successful, Idaho would join 32 other states and the District of Columbia in expanding Medicaid as part of the Affordable Care Act. Nebraska and Utah are currently in the midst of similar ballot initiatives, and Maine passed one last year

Meanwhile, breaking news out of Utah as well:

Medical marijuana, independent redistricting and Medicaid expansion to be on November ballot

Direct primary election, or count my vote, and the freedom of association initiative, or keep my voice, gathered an insufficient amount of signatures to be on the ballot.

...In order for a citizen’s initiative to appear on the November ballot, bill sponsors are required to obtain legal signatures equal to 10 percent of votes cast by voters in Utah for President of the United States in the last election.

County clerks and the Office of Elections worked to process and verify signatures gathered, as well as signature removal form submissions.

As a reminder, Utah has an interesting situation re. Medicaid: The state government has already passed and signed into law a partial expansion of the program, but the ballot proposal, if successful, would trump (no pun intended) the new law, expanding Medicaid to twice as many people without any work requirement strings attached: