UPDATE 11am: So far it looks like Colin Seeberger of the Center for American Progress is the only one posting live/semi-live updates on the #TexasFoldEm proceedings:

I know, I know...I've explained this (and posted the graphic below) several times already, but with the actual oral arguments about to kick off in federal court this morning, I figured I should lay it out one more time:

Here's the 20 Republican Attorneys General & Governors who filed the case to repeal the ACA:

Here's the 17 Democratic Attorneys General who are defending the ACA: 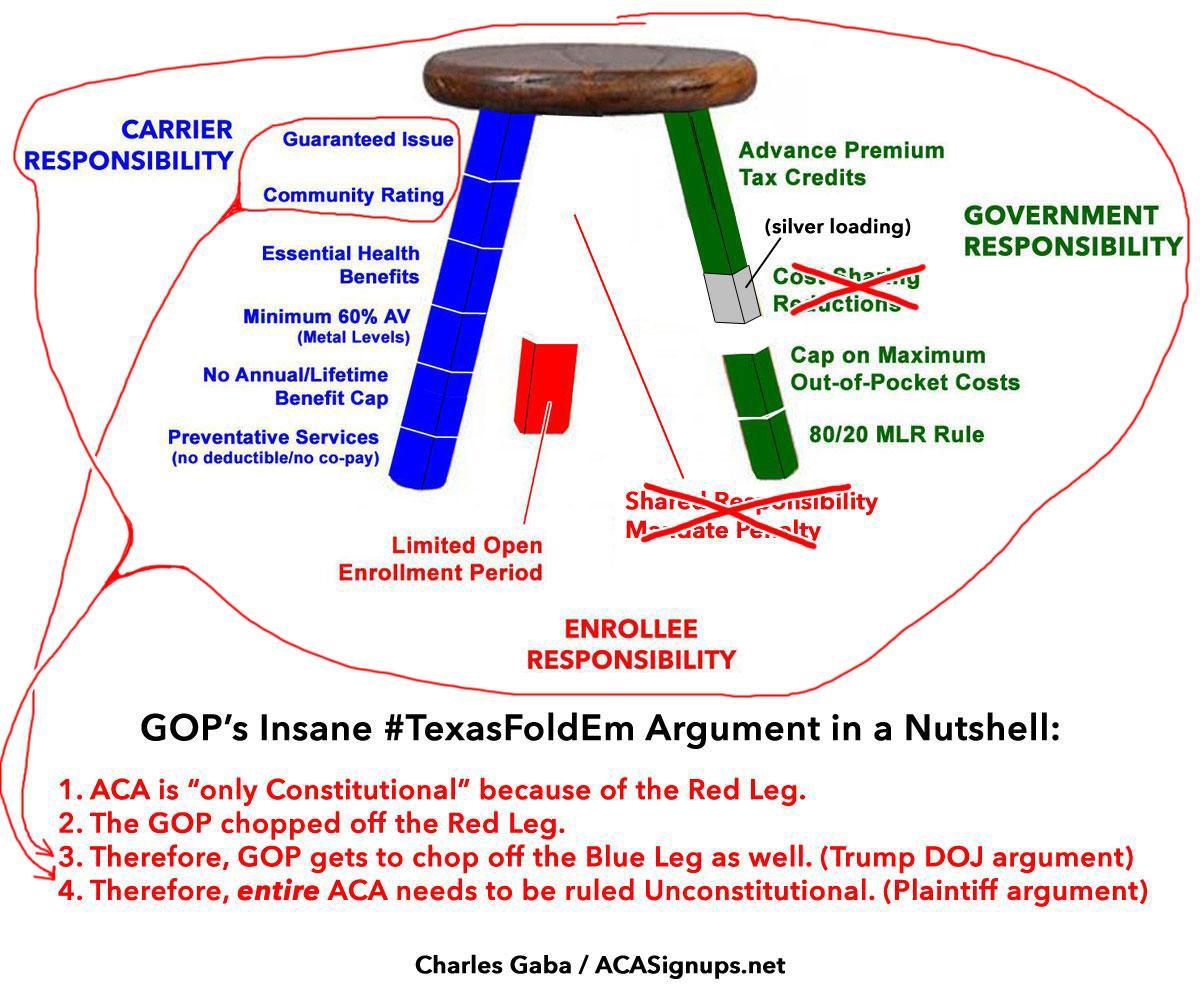