"Chootz-Pah!" GOP now says since THEY killed PART of the ACA, the courts MUST kill ALL of it. 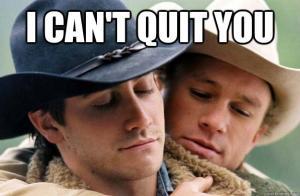 Late last night, Texas Attorney General Ken "don't confuse me with Bill" Paxton announced that he, along with 19 other state Attorneys General, is suing the federal government (again) over the Affordable Care Act:

“Texans have known all along that Obamacare is unlawful, and a divided Supreme Court’s approval rested solely on the flimsy support of Congress’ authority to tax. Congress has now kicked that flimsy support from beneath the law,” Paxton said in a statement Monday. “With no remaining legitimate basis for the law, it is time that Americans are finally free from the stranglehold of Obamacare, once and for all.”

I'm sure Constitutional law experts like Nicholas Bagley will have plenty to say about this. I'm no lawyer, of course, so I suppose I could be dead wrong, but Paxton's argument makes little sense to me.

For one thing, it's important to understand that the ACA's individual mandate penalty was not, technically speaking, actually repealed...it was simply reduced from $695/person (or 2.5% of their income) down to $0/person (or 0.0% of their income). Mathematically, 0 is still a number, it just happens to be a number which represents the lack of a positive or negative value. It shouldn't matter, legally speaking, whether the mandate penalty is $0, $695 or $69,000 per person.

For another, as noted by Sam Baker of Axios:

Quick take: With no enforcement mechanism in place for the mandate, it’ll be a lot harder to convince a court that it’s harming anyone — a key component of having the legal standing to sue.

In fact, it seems to me that anyone enrolled in an unsubsidized ACA-compliant policy would have a lot more standing to sue over the mandate being repealed (since there's a pretty direct cause/effect relationship between the mandate being repealed and insurance premiums shooting up as a result of the damage to the risk pool) than AG Paxton has here...but again, I'm neither a lawyer nor a Constitutional scholar, so it's possible that this has more of a chance than I think. After all, if King vs. Burwell (possibly the most absurd lawsuit to ever reach the Supreme Court) could make it as close as it did, anything's possible.

Here's the actual lawsuit text...and the chutzpah of the premise is breathtaking:

The Patient Protection and Affordable Care Act (the “Affordable Care Act,” “the ACA” or “the Act”), as recently amended, forces an unconstitutional and irrational regime onto the States and their citizens. Because this recent amendment renders legally impossible the Supreme Court’s prior savings construction of the Affordable Care Act’s core provision—the individual mandate—the Court should hold that the ACA is unlawful and enjoin its operation.

...On December 22, 2017, the President signed into law the Tax Cuts and Jobs Act of 2017. This new legislation eliminated the tax penalty of the ACA, without eliminating the mandate itself. What remains, then, is the individual mandate, without any accompanying exercise of Congress’s taxing power, which the Supreme Court already held that Congress has no authority to enact. Not only is the individual mandate now unlawful, but this core provision is not severable from the rest of the ACA—as four Justices of the Supreme Court already concluded. In fact, Congress stated in the legislative text that the ACA does not function without the individual mandate.

Yep, their entire argument is literally "because we sabotaged one part of Obamacare, it means that there's no choice but to tear down the rest of it as well, gosh darn it!"

In fact, they actually use the fact that the mandate itself is still technically on the books as the basis for this argument, which seems nuts to anyone who isn't a Constitutional lawyer, but could very well make "sense" due to the cryptic way in which such things are interpreted by judges.

Of course, once again, Congress does still have "taxing power"...they simply chose (well, the Republicans did, anyway) to weaken their implementation of it.

Anyway, here's the 20 Attorneys General who are suing (and yes, that's the correct way to refer to more than one AG):

And of course, due to the irony of how civil actions work, technically speaking Donald Trump's own HHS Secretary, who himself opposes the ACA, is one of the plaintiffs, along with Trump's own IRS Commissioner David Kautter.

(sigh) Anyway, as Ian Millhiser notes over at ThinkProgress, it looks like I (and other healthcare wonks) have our work cut out for us again:

But what a waste of talent. Dozens of the best legal and health policy minds in the country may need to devote the next year of their lives to pushing back on this nonsense. They will do so because, if they should falter, tens of thousands of people will die every year without access to health coverage. But imagine what these experts could accomplish if they didn’t have to spend year after year fighting disingenuous attacks on the Affordable Care Act.

I don’t count myself among the “best” minds on the subject, but I admit to dreading the prospect of spending the bulk of 2018 dealing with this idiocy AGAIN…but if I do have to do so, I’m gonna need all the help I can get. If you find my work at ACA Signups of value, please consider supporting it via Patreon or GoFundMe, thank you!