Rhode Island is kind of an interesting state this year. The smallest state geographically and one of the smallest population-wise, they only have two carriers offering individual market coverage: Blue Cross Blue Shield and Neighborhood Health Plan. Way back in May both carriers submitted their preliminary 2019 ACA policy rate increase requests, averaging around 9.7% overall. What's most noteworthy is that unlike most other states, both carriers are mostly blowing off 2018 ACA sabotage factors like mandate repeal and #ShortAssPlans. Blue Cross isn't adding anything to account for the negative risk pool impact, while Neighborhood (which holds slightly more than half of the market share) is only tacking on about 2% in response.

Part of this, I discovered at the time, is because while Rhode Island doesn't restrict Short-Term plans in the traditional sense (i.e., they're not limited, at the state level, to 3 months per year and they can be renewed), the plans themselves are pretty heavily regulated as to what they have to cover. They're basically required to be pretty close to full ACA plans anyway, including no denials for pre-existing conditions...which means that they presumably don't cost a whole lot less anyway and therefore there's simply not a whole lot of cost savings to entice ACA enrollees to switch over to them anyway.

In any event, the state insurance department just posted the final, approved rate chart for 2019 for the Individual, Small Group and Large Group markets, and the average increase for the individual market has been knocked down about a point and a half to 8.1% (they also slashed several Group carrier rates down a few points as well): 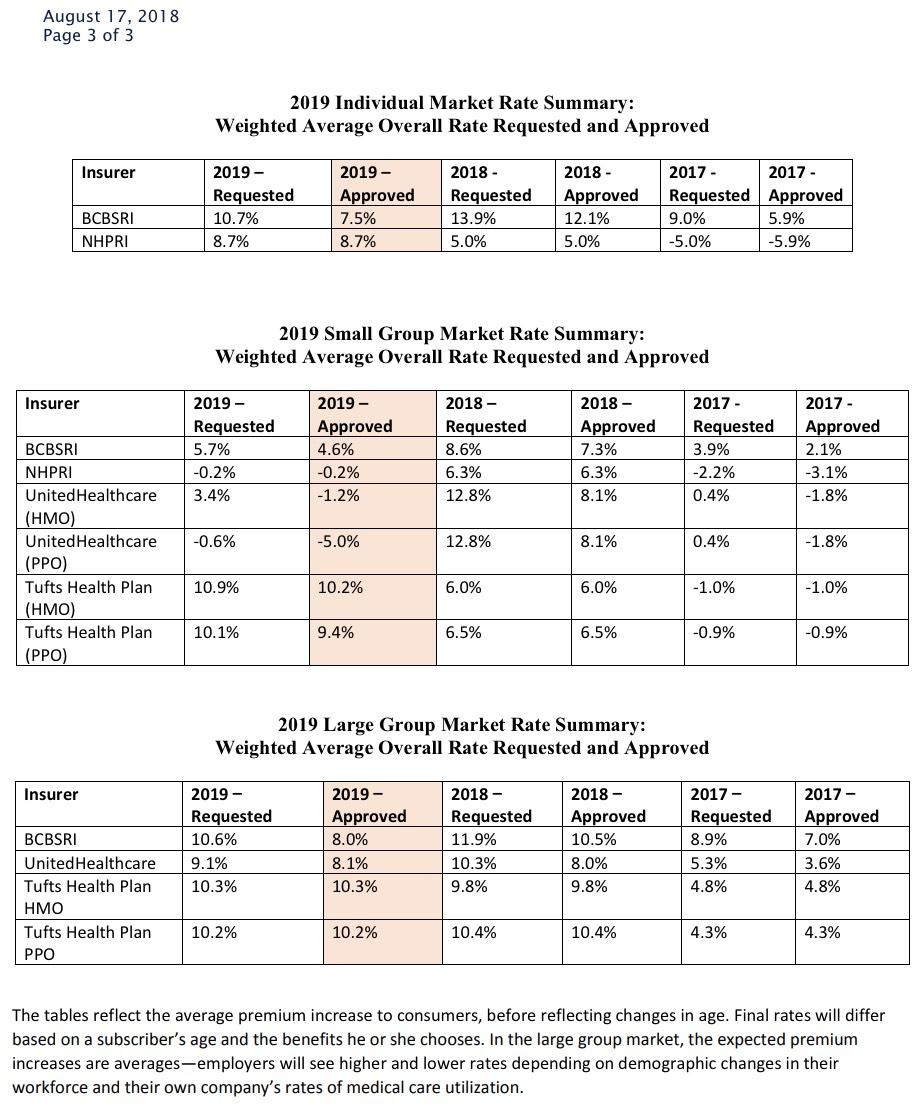