The Urban Institute projected an 18.8 percentage point impact from these actions in Arkansas. I took a more cautious approach and only assumed 2/3 of that (around 12.5 points), which, if accurate, would have meant around an 8% premium drop statewide in a scenario where the mandate wasn't repealed and short-term plans weren't expanded.

However, the one-page summaries of the Arkansas rate filings (see below) make it pretty clear that the carriers think the sabotage impact will be smaller still. The breakouts at the bottom of all 4 summaries indicate that mandate repeal, #ShortAssPlans and other morbidity/risk pool shift factors only accounted for single digit increases.

Therefore, I'm reducing my "sabotage impact" estimate for Arkansas from 12.5 points to just 5 points, suggesting an alternate universe average reduction of around 0.9%. This translates into the average unsubsidized enrollee paying around $25/month extra, or $305 for all of 2019. 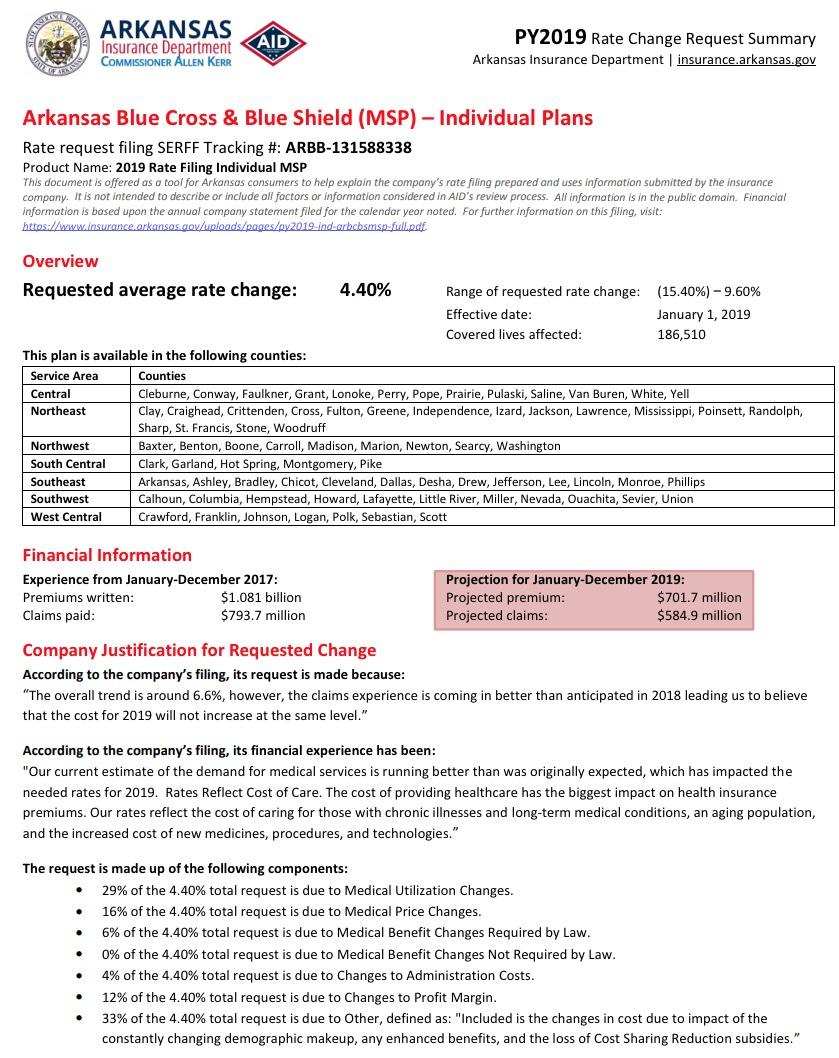 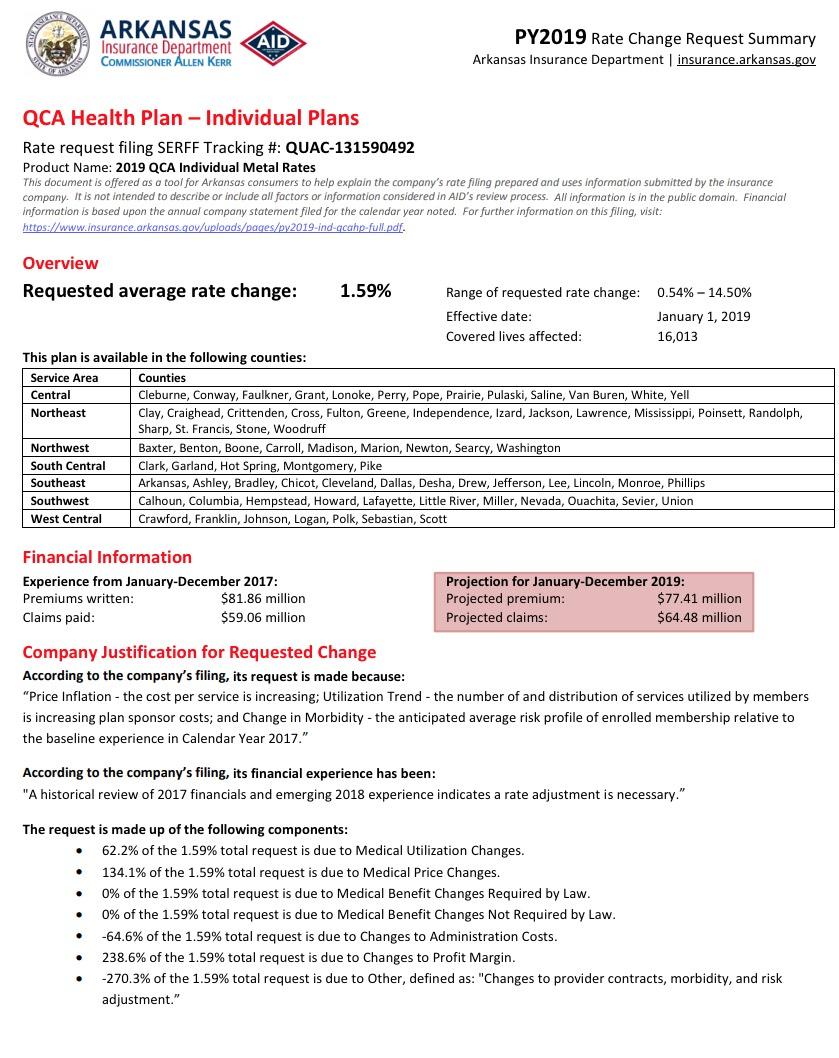 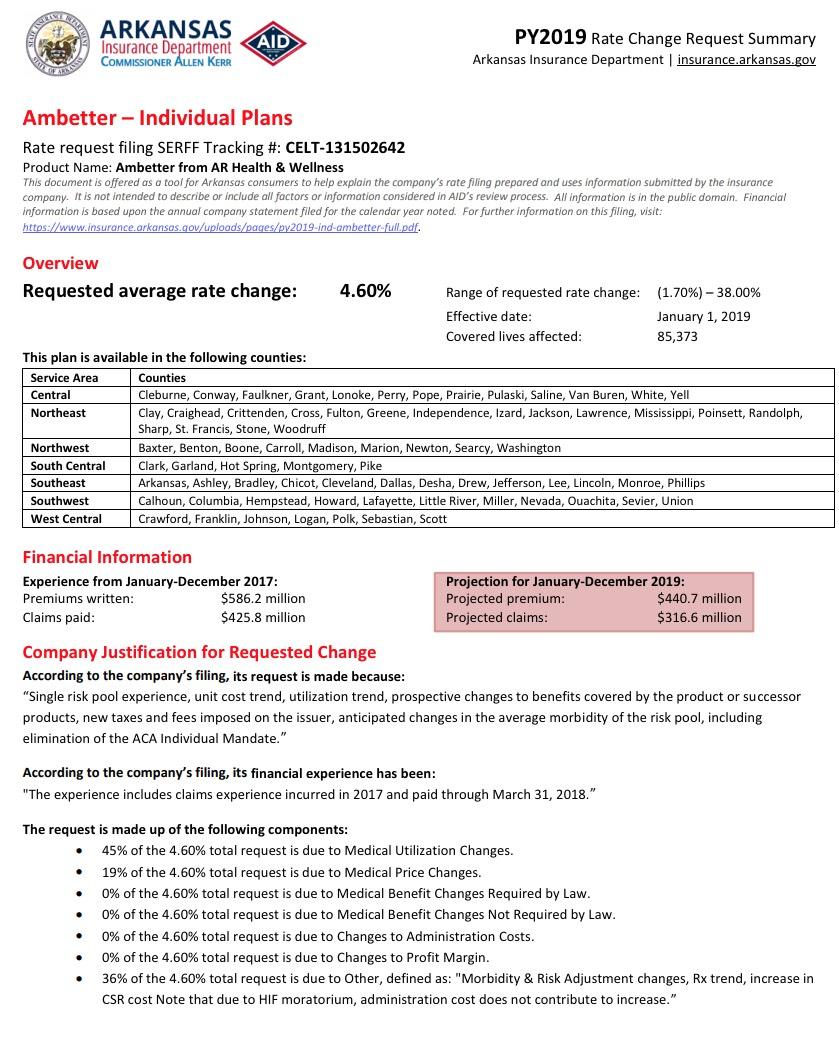 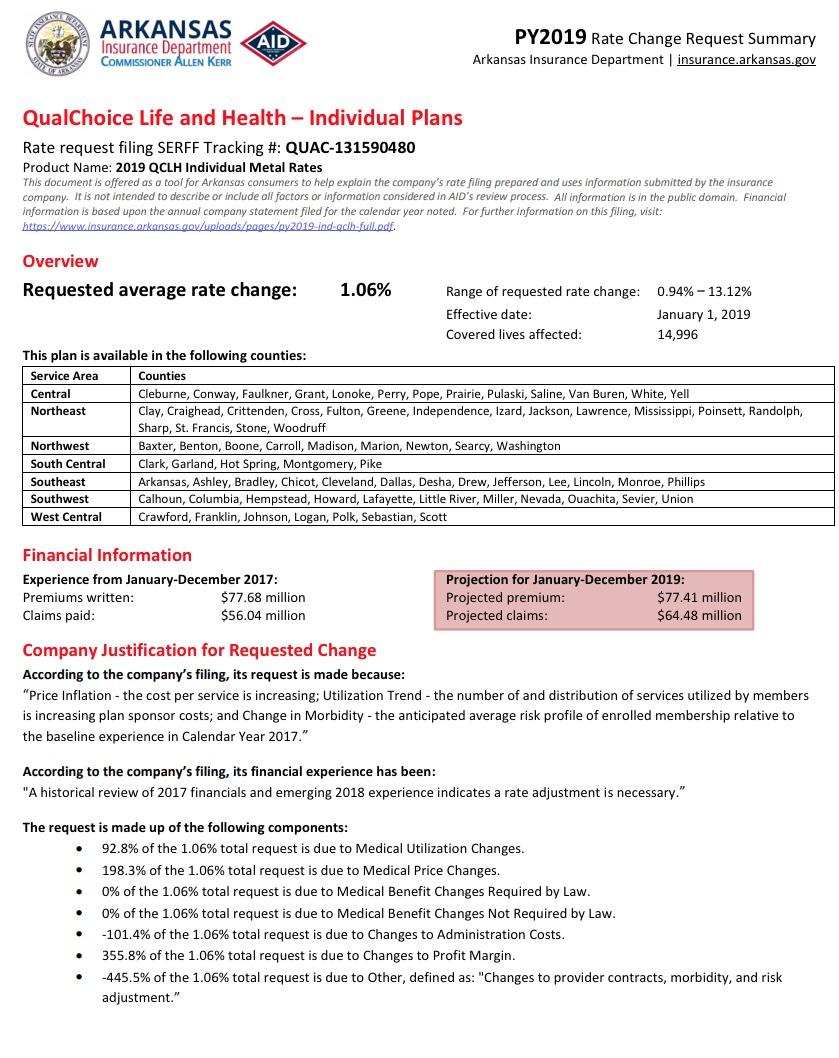