Factors related to outreach and education:

...and so forth. Other articles have gone into more detail about some of these things, especially the impact of Trump's HHS Dept. slashing the HC.gov marketing budget by 90%, slashing the navigator/outreach budget by 40% and so on, such as this writeup in Health Affairs.

However, I want to focus on an aspect related to the CSR reimbursement funding cut-off and subsequent Silver Loading/Switching workaround which this led to.

Page 15 of the GAO report is a bar graph which shows how average monthly net premiums changed year over year from 2017 to 2018 for both subsidized and unsubsidized enrollees at each metal level across the 39 states hosted at HealthCare.Gov: 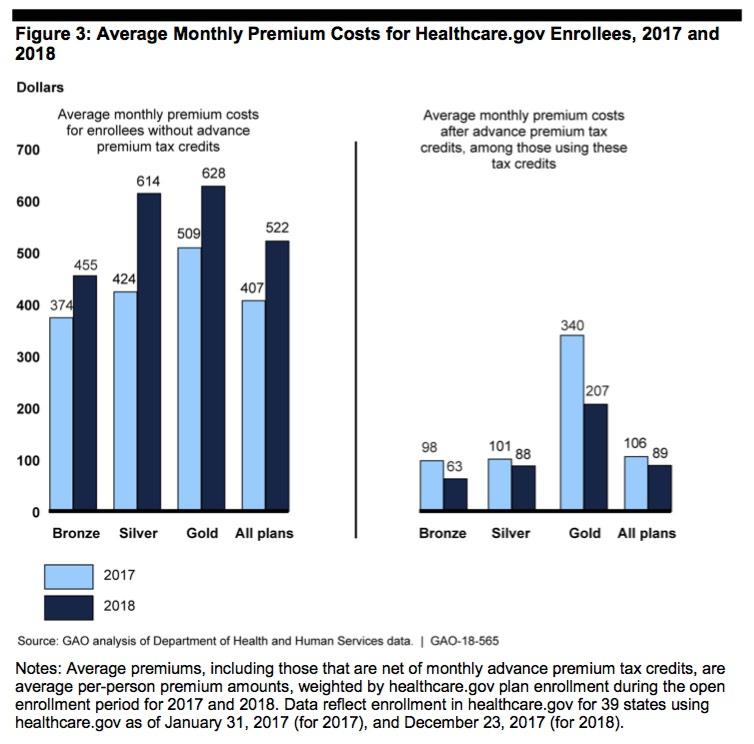 The cause of the divergence between subsidized premiums dropping while unsubsidized premiums increased dramatically was Donald Trump's order to discontinue Cost Sharing Reduction reimbursement payments to carriers. Since the carriers were still contractually required to provide the CSR assistance to eligible enrollees, they made up the difference (around $10 billion, I believe) by increasing the unsubsidized premiums instead. This in turn caused the ACA subsidy formula to skew higher...and since most carriers in most states "Silver Loaded" by dumping the entire CSR cost onto Silver plans only, it meant that the subsidies didn't just increase slightly, they increased by more than the amount of the premium increases in most cases.

The only problem with the bar graph above is that it doesn't show what the 2018 premium situation would have been if CSR payments hadn't been cut off...that is, what would it look like without last year's sabotage efforts by Donald Trump and his administration?

Well, as I demonstrated repeatedly last fall and earlier this year, of the 28% average unsubsidized rate hikes nationally, rates would have only gone up perhaps 10-11% in that scenario, with the additional 17 points or so being caused by the CSR cut-off and related sabotage efforts. I've therefore expanded on the GAO graph above with my own, which includes my best estimates of how 2018 premiums would have changed for each population in that alternate universe (I've also moved the subsidized enrollees to the left side of the graph, where it makes more sense to have them). I've sandwiched the "alternate universe" bars in light green between the actual 2017 and 2018 premiums: 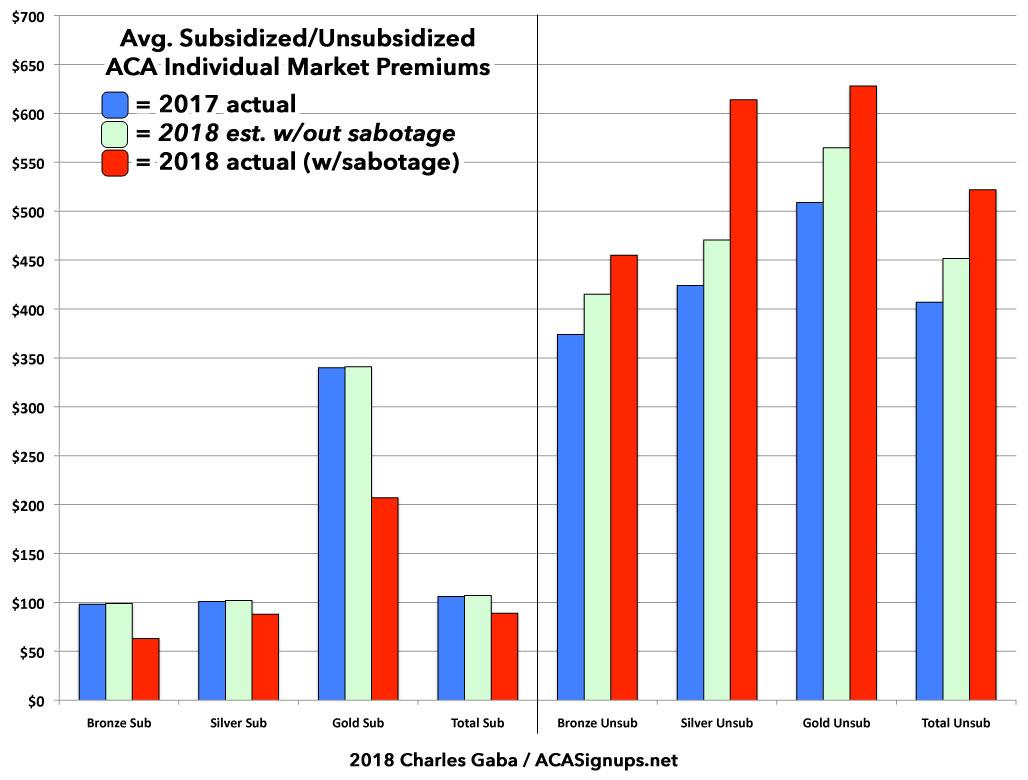 In a world where premiums had increased due to the normal factors only (medical trend, the reinstatement of the ACA carrier tax, etc), subsidized premiums would have only changed slightly--increasing by perhaps a dollar or two per month at most due to fluctuations in the risk pool and plan choices. 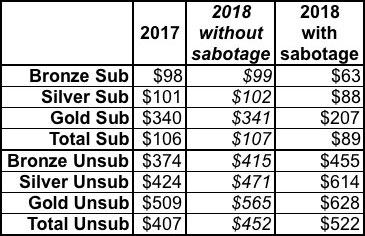