North Dakota: Preliminary 2019 ACA rate hikes: 7.4% INCREASE instead of ~15.4% DECREASE due to #ACASabotage 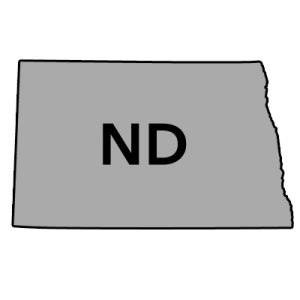 North Dakota was one of only two states (the other one was Vermont) which didn't allow their insurance carriers to add any additional premium load into their 2018 rates to account for Donald Trump's cut-off of Cost Sharing Reduction (CSR) reimbursement payments.

In direct response to this, Medica Health Plans dropped out of the ND on-exchange individual market this year to avoid taking the CSR hit. They hung around the off-exchange market, however, and therefore still have about 600 enrollees in the state.

As a result of this, my estimated impact of ACA sabotage efforts by the Trump Administration and Congressional Republicans has to include the factors from both 2017 and 2018: Cost-Sharing Reduction cut-off (9%) as well as Mandate Repeal and Short-Term Plan expansion (13.8%).

That gives a combined two-year sabotage impact of around 22.8%.

...which, as it happens, is almost exactly the same amount that both Medica and Sanford Health plans are asking to raise their rates next year, which I'm sure is no coincidence. Note that all three carriers specifically call out the CSR factor in their filings.

Unsubsidized enrollees in ND are paying around $452/month on average this year. They're looking at a statewide average increase of 7.4%, which likely would have dropped by around 15.4% if it weren't for the CSR/mandate repeal/short-term plan factors.

That's an effective impact of over $1,200 per enrollee on average. 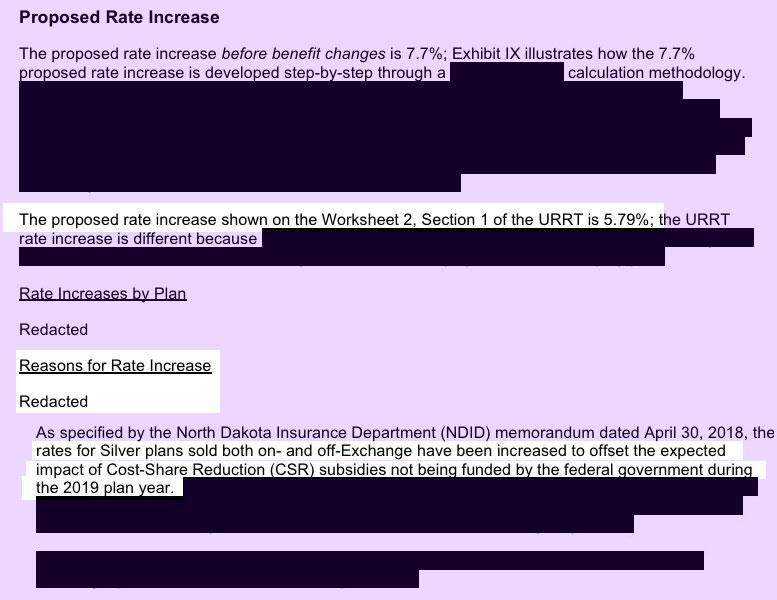 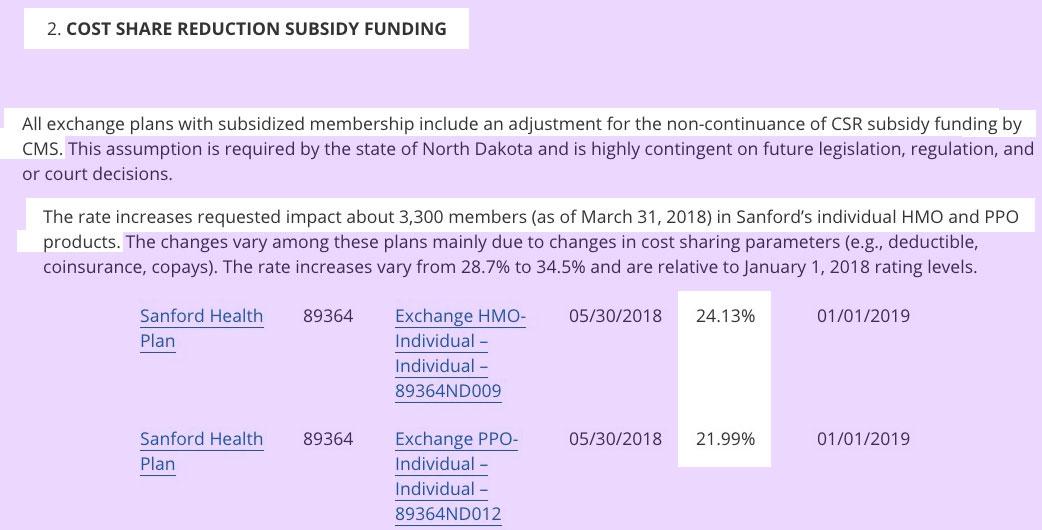