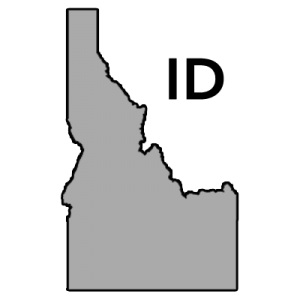 Idaho's insurance department website displays their annual rate filing summaries in a unique way--they don't publish the actual enrollment numbers, but they do post breakouts of the rate hikes for different metal levels (handy!) as well as the premiums brought in and claims paid out, which gives some refreshing insight into just how profitable (or not) some fo the carriers are (if I'm reading the screenshot correctly, it looks to me like BCBS and Mountain Health did just fine last year, but the other three carriers ended up in the hole (especially SelectHealth...ouch).

The state website also claims the overall weighted averge rate increase being requested in 8% even though my own spreadsheet brings it in at 9.4%. This could be due to my misestimating SelectHealth's enrollment number, or it could be because Regence Blue Shield cays they're raising rates 3.9% but the state claims it's 7% (although that should actually result in a higher average from the state, not lower...)

In any event, the Urban Institute projected a 17.5% sabotage impact; 2/3 of that is around 11.6%. If that's accurate, that suggests statewide rates would be dropping by around 2.8% if not for the mandate being repealed and short-term plans being expanded. 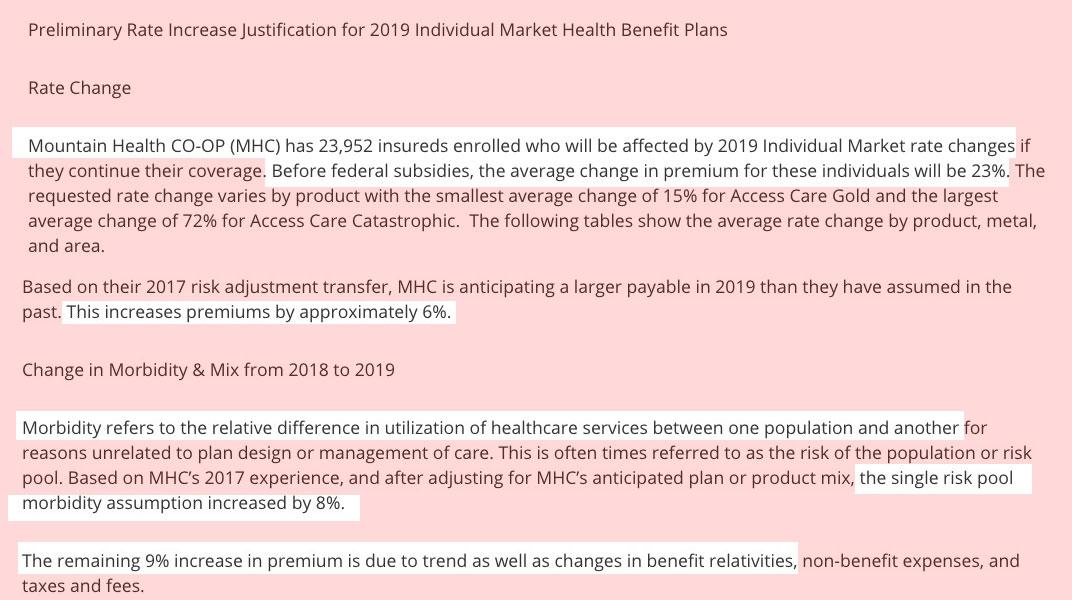 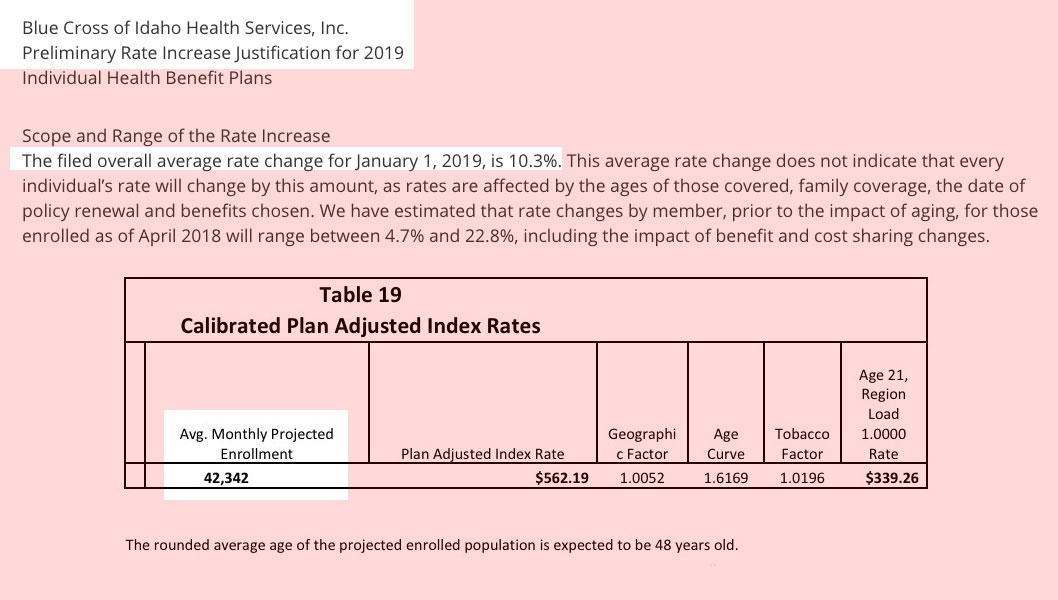 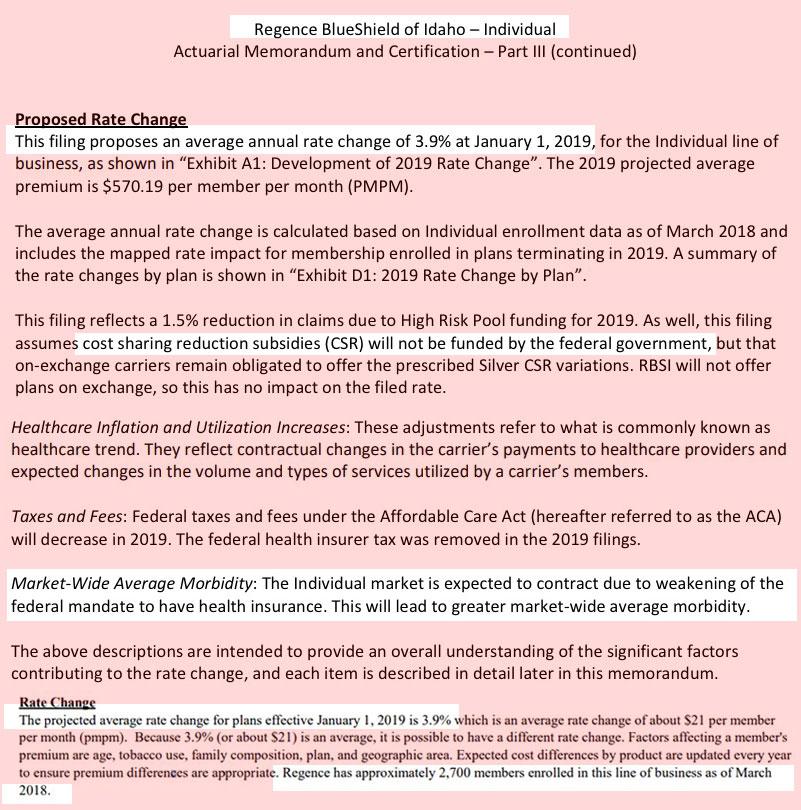