Both filings mention repeal of the Individual Mandate Penalty as a major factor in their rate hikes, but neither gives a specific breakout. The Urban Institute projected a 17.5% impact from mandate repeal and the expansion of short-term plans combined, but Hawaii has taken action to head STPs off at the pass, so I'm knocking 2 points off of that estimate. In addition, as usual, I'm further knocking 1/3 off of Urban's projections in the interest of caution.

That leaves a 10-point ACA sabotage factor, which suggests that the 13.8% statewide premium increase would likely be closer to 3.8% if not for the mandate being repealed. The average unsubsidized premium in Hawaii is $625/month this year, so that means roughly $63/month or a $750 total sabotage tax for unsubsidized enrollees in 2019. 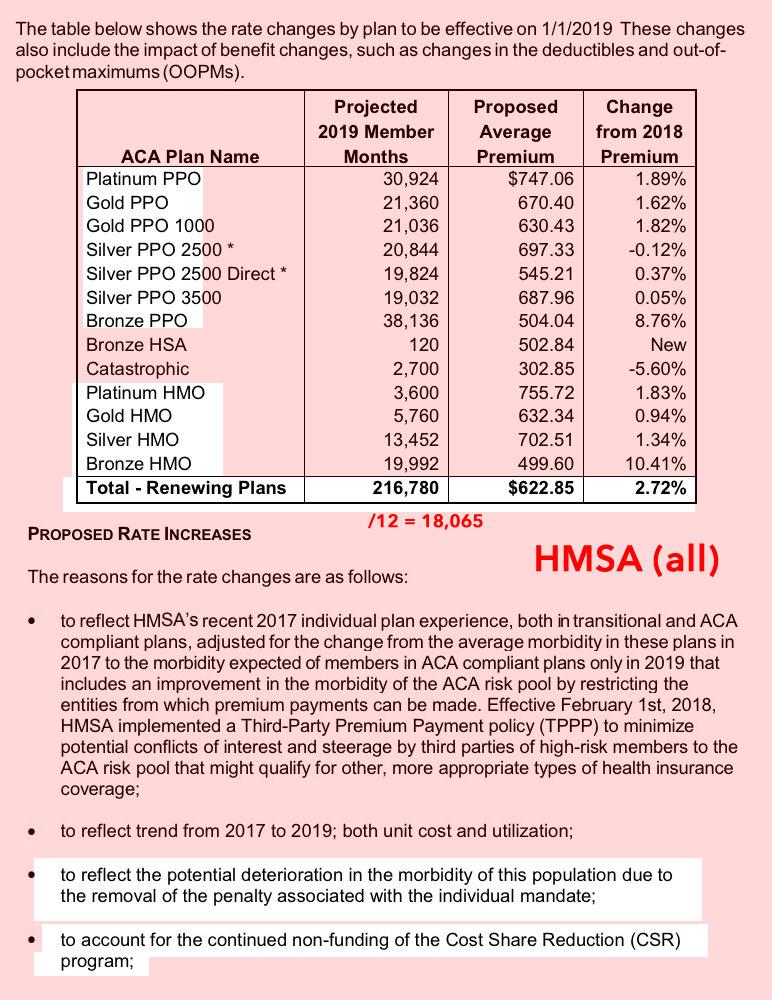