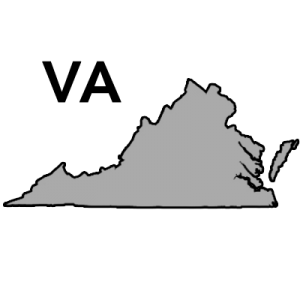 Apparently it still has to be kicked back to the state Assembly for a final vote, but it appears to be a done deal at last:

The Virginia Senate just passed Medicaid expansion, which three Republicans joining all 19 Democrats voting in favor. The House, which already passed expansion, has to vote again. We'll have more later, but here's the backstory. https://t.co/ldFEb5vYyt

There's one downer, of course:

Elections have consequences: To get enough GOP votes, this Medicaid expansion includes a work requirement and premiums above the poverty line, which will cut into coverage gains. Virginia must continue the fight.

I'm actually not too bothered by those earning over 100% FPL having to pay (hopefully nominal) premiums. I'm not happy about it, mind you, but that seems like a reasonable compromise to me (depending on how nominal they are).

The work requirement provision, on the other hand, sucks massively. However, there's a big difference between states like Michigan, Kentucky and Ohio, where Medicaid expansion has already been in place for years without any problems, and a state like Virginia where they've been desperately trying to push it through in any format for such a long time. In the former case, adding a work requirement is going backwards; in the latter, it's moving forward. That being the case, depending on how draconian the work requirement is, I can live with it (not that my opinion holds any weight with the VA legislature, of course).

With those qualifications in mind, Mazel Tov, Virginia, on becoming the 34th state (if you include DC) to expand Medicaid under the Affordable Care Act!

UPDATE: OK, I think this is the relevant bill and language:

4.a. Notwithstanding § 30-347, Code of Virginia, or any other provision of law, no later than 45 days upon the passage of House Bill 5001, the Department of Medical Assistance Services shall have the authority to (1) amend the State Plan for Medical Assistance under Title XIX of the Social Security Act, and any waivers thereof, to implement coverage for newly eligible individuals pursuant to 42 U.S.C. § 1396d(y)(1)[2010] of the Patient Protection and Affordable Care Act and (2) begin the process of implementing a § 1115 demonstration project to transform the Medicaid program for newly eligible individuals pursuant to the provisions of 4.a.(1) and eligible individuals enrolled in the existing Medicaid program.

Here's the part about those earning between 100-138% FPL having to pay nominal premiums:

(i) two pathways for eligible individuals with incomes between 100 percent and 138 percent of the federal poverty level, including income disregards, to obtain health care coverage: enrollment in an existing Medicaid managed care plan, or premium assistance for the purchase of employer-sponsored health insurance coverage if cost effective. The plans will provide a comprehensive benefit package consistent with private market plans, compliant with all mandated essential health benefits, and inclusive of current Medicaid covered mental health and addiction recovery and treatment services. The demonstration shall include (1) the development of a health and wellness account for eligible individuals, comprised of participant contributions and state funds to be used to fund the health insurance premiums and to ensure funds are available for the enrollee to cover out-of-pocket expenses for the deductible, with the ability to roll over the funds from the account into succeeding years if not fully used. The monthly premium amount for the enrollee shall be set on a sliding scale based on monthly income, not to exceed two percent of monthly income, nor be less than $1 per month; (2) provisions for demonstration coverage to begin on the first day of the month following receipt of the premium payment or enrollment due to treatment of an acute illness; (3) provisions for institution of a grace period for premium payment, followed by a waiting period before re-enrollment if the premium is not paid by the participant or if the participant does not maintain continuous coverage; and (4) provisions to recover premium payments owed to the Commonwealth through debt set-off collections;

OK, so anywhere between $1/month and 2% of their total income. For a single adult without any kids, that means a maximum of $333/year, or $28/month. While this isn't ideal, it's still better than buying a private Qualified Health Plan (QHP) through the ACA exchange--those earning 100-138% FPL still only have to pay about 2% of their income, but that's for a Silver plan which, even with heavy Cost Sharing Reduction subsidies, would still only cover 94% of their healthcare expenses, whereas Medicaid generally covers 98% or more of all costs. Fair enough.

...(iii) cost-sharing for eligible enrollees with incomes between 100 percent and 138 percent of the federal poverty level, including income disregards, designed to promote healthy behaviors such as the avoidance of tobacco use, and to encourage personal responsibility and accountability related to the utilization of health care services such as the appropriate use of emergency room services. However, such individuals who also meet the exemptions listed in (iv) shall not be subject to premium and copayment requirements more stringent than existing Medicaid law or regulations. Enrollees who comply with provisions of the demonstration program, including healthy behavior provisions, may receive a decrease in their monthly premiums and copayments, not to exceed 50 percent.

OK, so it sounds like even those paying $1 - $28/month can cut those premiums in half by participating in wellness programs and the like. Whatever.

(iv) the establishment of the Training, Education, Employment and Opportunity Program (TEEOP) for every able-bodied, working-age adult enrolled in the Medicaid program to enable enrollees to increase their health and well-being through community engagement leading to self-sufficiency. The TEEOP program shall not apply to: (1) children under the age of 18 or individuals under the age of 19 who are participating in secondary education; (2) individuals age 65 years and older; (3) individuals who qualify for medical assistance services due to blindness or disability, including individuals who receive services pursuant to a § 1915 waiver; (4) individuals residing in institutions; (5) individuals determined to be medically frail; (6) individuals diagnosed with serious mental illness; (7) pregnant and postpartum women; (8) former foster children under the age of 26; (9) individuals who are the primary caregiver for a dependent, including a dependent child or adult dependent with a disability; and (10) individuals who already meet the work requirements of the TANF or SNAP programs. The TEEOP shall comply with guidance from CMS regarding such programs and may include other exemptions that may be necessary to achieve the TEEOP's goals of community engagement and improved health outcomes that are approved by CMS.

The TEEOP shall include provisions for gradually escalating participation in training, education, employment and community engagement opportunities through the program as follows:

(Sigh) It looks like 20 hours/week is quickly becoming the "go to" work requirement threshold. I'm not gonna rehash how pointless/counterproductive this is yet again, but there you have it.

That's it: The Virginia House of Delegates follows the state Senate and passes Medicaid expansion Wednesday. Almost 400,000 low-income people will gain access to health benefits next year. This story will be updated shortly. https://t.co/SrrexkGt6U