It's become a tradition that every spring/summer/fall, I pore over the official SERFF database for every state, furiously searching for the ACA-compliant rate filings for the upcoming year.

The thing is, the SERFF database, in addition to being somewhat confusing and clunky to work with, includes a lot more than just "here's how much we want to raise our rates next year". Even after narrowing it down to just major medical health insurance policies, there are often still dozens of different forms and spreadsheets in the database, covering pretty much any change to any insurance policy for any carrier. If a carrier drops out of a market, there are forms. If they stop offering PPOs, there are forms. If they merge with or buy out another company, there are obviously forms. Even for the rate filings themselves, there are often a dozen or more different PDFs and/or spreadsheets included as supporting documentation.

Most of the time I ignore all of that stuff, looking for just two main numbers: The average requested rate increase for ACA plans, and how many covered lives are enrolled in those plans. Once in awhile, however, I figured I should post other noteworthy items which I run across, if only to give readers some idea of how complicated this stuff can get. I only have a few entries so far but will be updating this with other noteworthy items as they come up.

For instance, according to this document, Blue Cross Blue Shield of Wyoming is modifying their ACA policies to cover newborn children at no cost for a month after they're born, which is a nice touch: 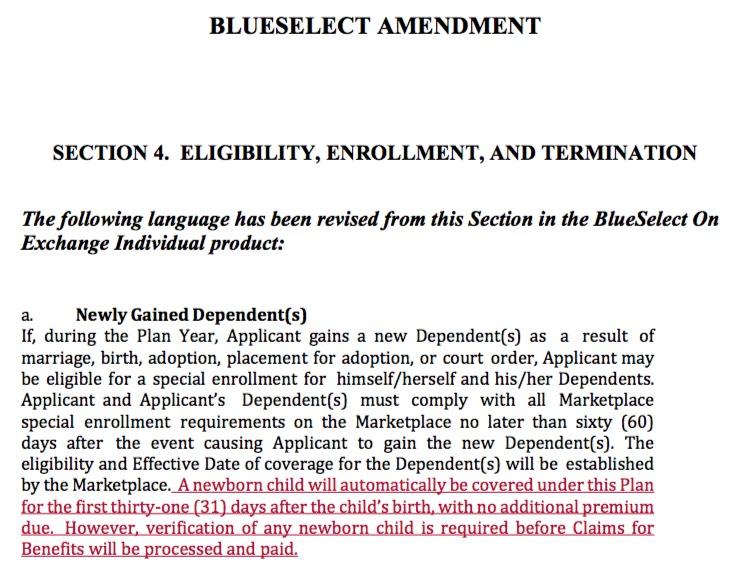 Much to my frustration, oftentimes key numbers are blacked out (redacted) on the rate filings I come across. here's why: In many cases, they're treated as Trade Secrets by the insurance carriers and state insurance departments: 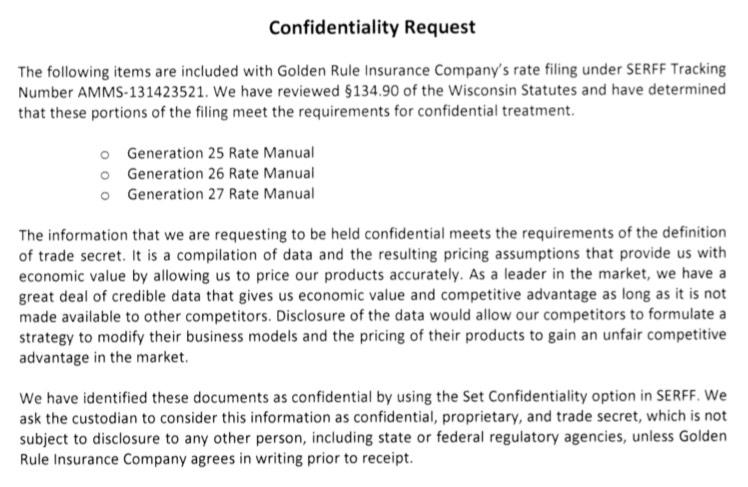 With all the talk about Trump's executive order eliminating restrictions on Short-Term, Limited Duration (STLD) plans, here's a bit of insight into expected rate increases on those plans (this is out of Wisconsin): 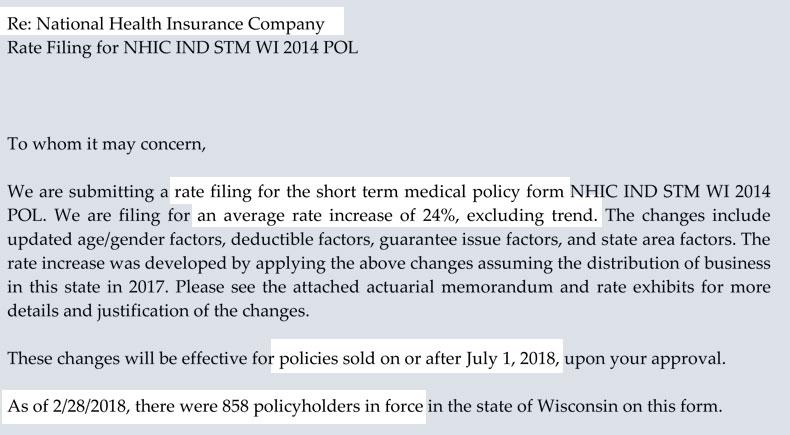 Yup, a 24% rate increase for short-term plans. Of course, that percent is on top of a much lower premium to begin with ($275/month, according to the next document), so presumably these plans will still only cost about $341/month starting in July, far less than a typical ACA plan...but with a deductible of up to $25,000 and a maximum benefit cap.

Oh, and note that unlike ACA policies, where at least 80% of the premium cost has to go towards actual healthcare services/treatment, for short-term plans only around 50% or so is going to pay for care:

Of course, this is mainly because the premiums are much lower to begin with. Let's say it costs a carrier $150 per enrollee for operational expenses regardless of whether they're selling STLD or ACA-compliant plans. If the STLD plan is priced at $300/month and the ACA lan is priced at $600/month, obviously they're gonna have a loss ratio of 50% for the STLD vs. 75% for the ACA plan.