CareFirst is also requesting an increase of more than 90 percent for its broad network PPO plans, which currently have about 13,000 enrollees.

....If the Trump administration approves the waiver, insurers will have an opportunity to resubmit rates. CareFirst estimates that rates could come down by 20 to 30 percent under the reinsurance program.

Digging up the relevant documents and doing the math is a lot easier for Maryland than it was for Virginia. For one thing, there's only 2 carriers participating in the individual market (although one of them, CareFirst, actually has 3 separate listings...one for HMOs, two (?) for PPOs). For another, the Maryland Insurance Dept. has their own handy website which is much easier/faster to navigate than the official SERFF site used by most states. Finally, CareFirst's actuarial memos are very to the point: They state exactly what the average increase they're requesting is and exactly how many enrollees would be impacted by it.

Anyway, here's what it looks like assuming the reinsurance program isn't approved:

The jaw-dropping 91% hike for PPO enrollees is already getting a lot of attention, but only about 8% of the total are enrolled in these, so the statewide average rate increase being requested is "only" 29.5% (which is obviously still painfully high).

Once again, a large chunk of this is being caused specifically by the elimination of the ACA individual mandate, as Kaiser specifically notes. The Urban Institute estimated that Maryland rates would be about 18.4% higher next year specifically due to sabotage factors, but that was before Maryland passed laws cracking down on #ShortAssPlans. Interestingly, while Kaiser states that the mandate repeal will have a major impact on their enrollment (and therefore, their morbidity), CareFirst claims only it only caused them to tack on 5 percentage points of their rate hike request for their HMO enrollees.

Even more curiously, CareFirst claims that the repeal of the mandate penalty won't have any impact whatsoever on their ~15,000 remaining PPO enrollees, stating point-blank that they "need the coverage" and therefore will apparently have no choice but to cough up (literally?) a whopping 91% rate increase, assuming the reinsurance program isn't approved:

On the other hand, there's this quote from CareFirst's CEO in The Hill:

“There’s been a series of actions taken by the current administration that have undermined enrollment,” said Chet Burrell, president and CEO of CareFirst.

...Burrell said dwindling enrollment and a much sicker risk pool are the main contributors to such high rates. The premium spikes are driving the younger, healthy people to drop their coverage, leaving only the sickest people left, especially in the PPO market, he said.

“This isn’t driven by services to this population costing more than it would be for someone in a small group, this is driven by sickest people left in the pool,” Burrell said.

Not particularly surprising, of course, but it carries more weight coming from the CEO himself. 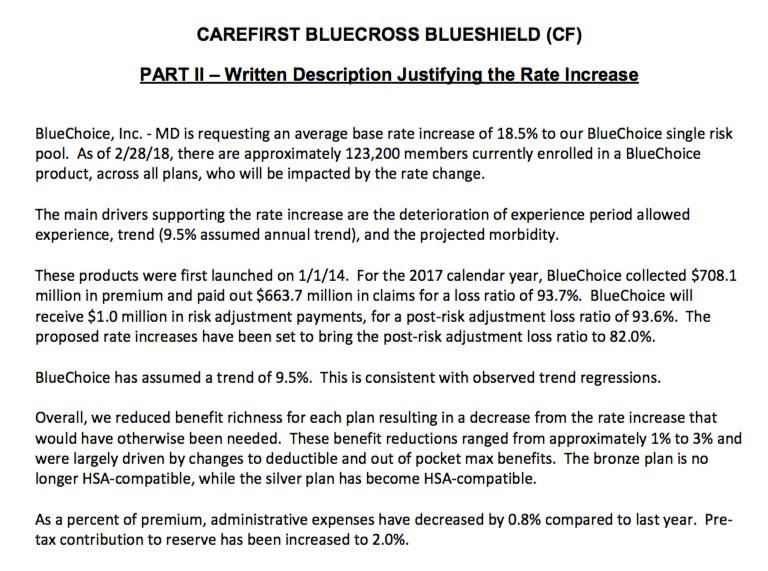 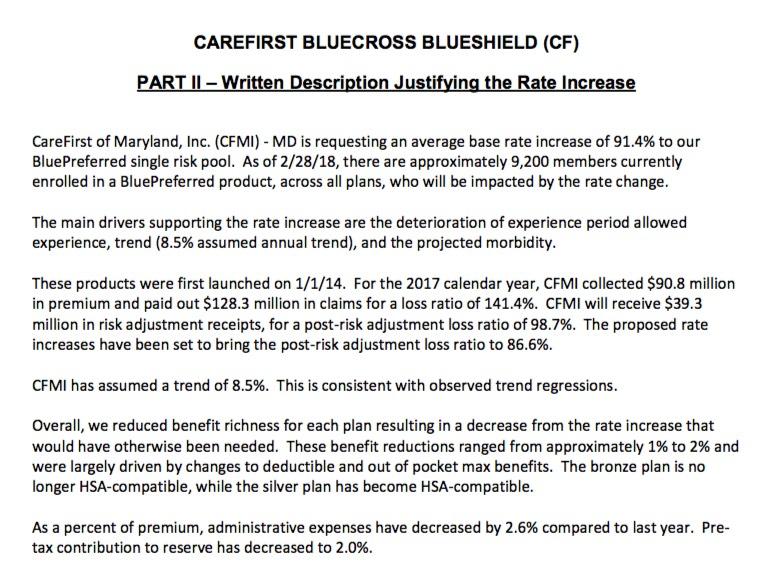 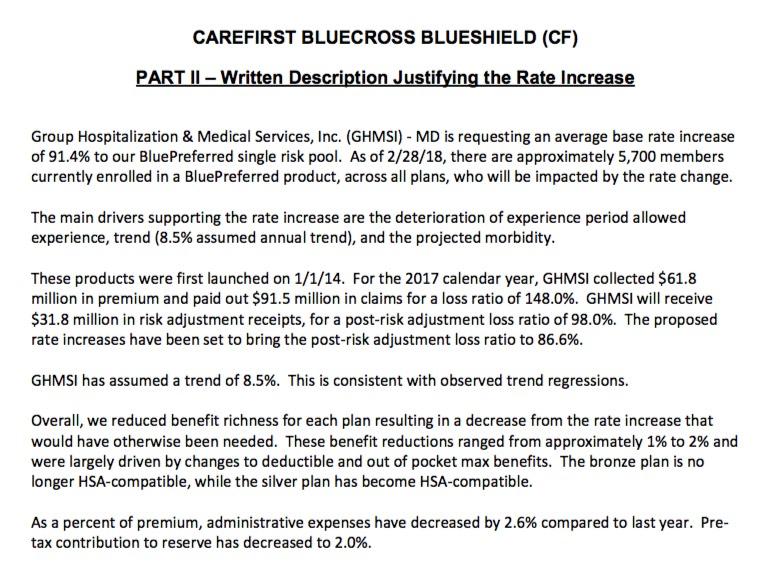 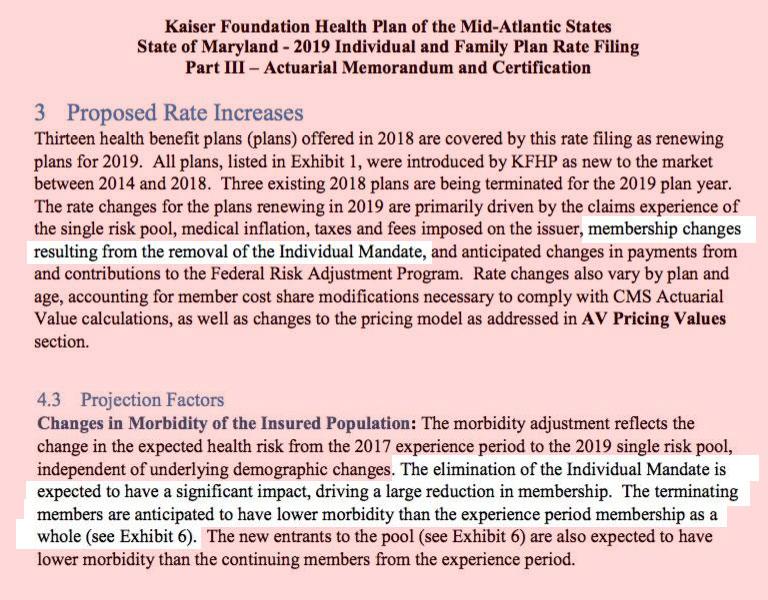