Given how progressive Vermont is, you'd think that they'd be doing as much as possible to batten down the hatches in order to avoid or mitigate the latest wave of sabotage efforts from the Trump Administration and the GOP...and you'd mostly be correct.

Some of the work on that front has already been done. For one thing, Vermont (along with Massachusetts and the District of Columbia) merges their individual and small group market risk pools together, which helps smooth out premium increases and overall morbidity across a larger risk pool. For another, Vermont has fully embraced ACA provisions such as Medicaid expansion and operating their own full exchange, of course. Vermont, along with a few other states, also has pretty strict rules in place limiting both short-term and association healthcare plans, so that portion of Trump's sabotage attack is neatly cancelled out already.

UPDATE: Whoops...looks like that last point is incorrect after all; shortly after I posted this, I was informed that the Urban Institute analysis had incorrect information about Vermont and Washington State:

After publishing our brief last month, we received new information about Vermont and Washington that these states can be expected to experience the full effects of short-term limited-duration policy expansion. In this updated brief, we have reclassified Vermont and Washington in that group and revised all affected estimates in the text and tables.

Finally, Vermont offers their own enhanced Cost Sharing Reduction (CSR) financial assistance on top of the federal CSR help provided at the federal level. Here's the formula for the rest of the country compared to the formula for Vermont. It's not a massive assist but it takes some of the edge off for people earning between 200-300% FPL:

In other words, of the various sabotage schemes which Trump has attempted to pull so far, there are three which are significantly impacting Vermont's unsubsidized 2019 premiums: Last year's cut-off of CSR reimbursement payments and this year's elimination of the ACA's Individual Mandate penalty and regulation removal on short-term and association plans.

In most states, the CSR rate hike was already baked into the rate hike equation starting this year, but there were a handful of states (Vermont, DC and North Dakota) where for various reasons the carriers simply ate the CSR losses for the year and didn't add them to their 2018 premiums whatsoever. In 2019, however, Vermont is jumping on board the #SilverSwitcharoo train to make up the difference (see details in the filing screenshots below). They're also supposedly reinstating the individual mandate next year...but the details on that haven't been finalized yet, so the preliminary rate hike requests assume the mandate won't be in place.

As a result, Vermont's 2 exchange carriers are seeking overall average rate increases of 7.5% and 10.9% respectively...but both of these would be significantly lower if it weren't for the CSR & Mandate Repeal factors: Around 3.1% and 4.4% respectively, or about 3.5% overall:

The average unsubsidized premium paid by individual market enrollees in Vermont this year is $514/month per person, so that 5.1 percentage point difference means that unsubsidized enrollees in Vermont will be paying around $26/month or $314 more total next year for their healthcare policies due specifically to sabotage efforts by Donald Trump and Congressional Republicans. That's a huge increase from the nominal $2/month hike caused by sabotage this year (mainly because the CSR hit was delayed by a year). 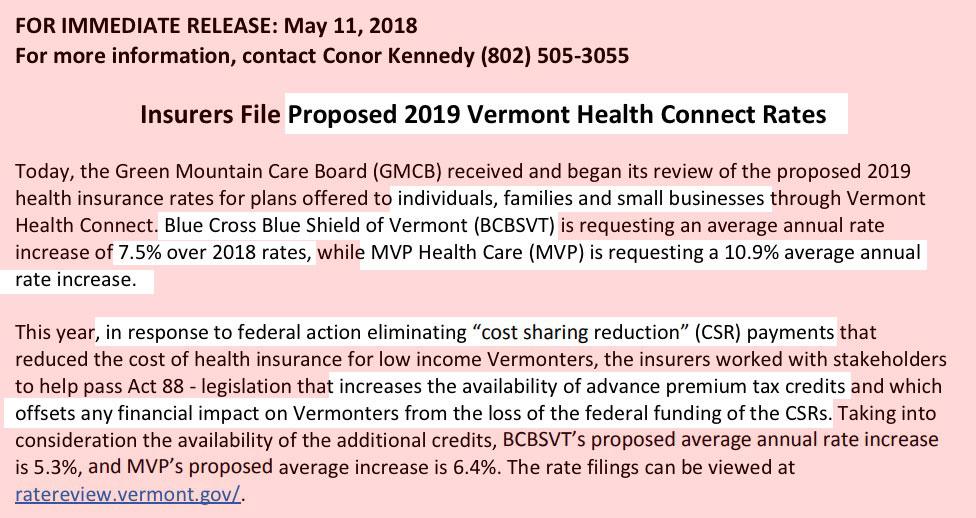 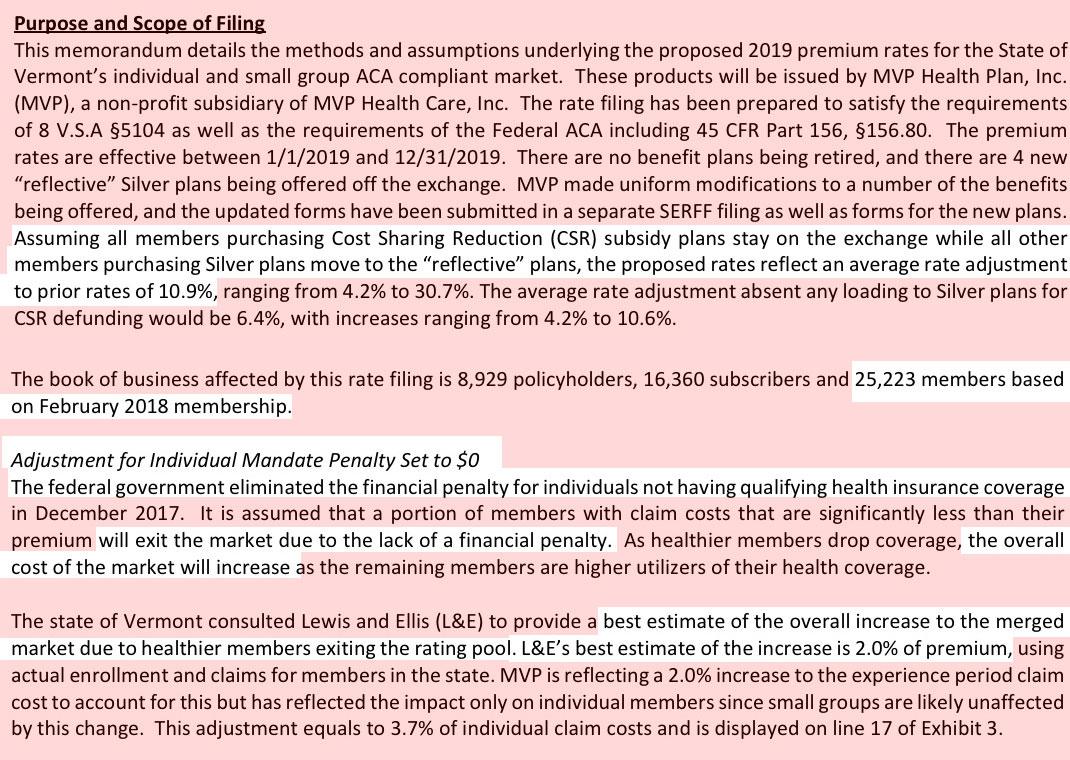 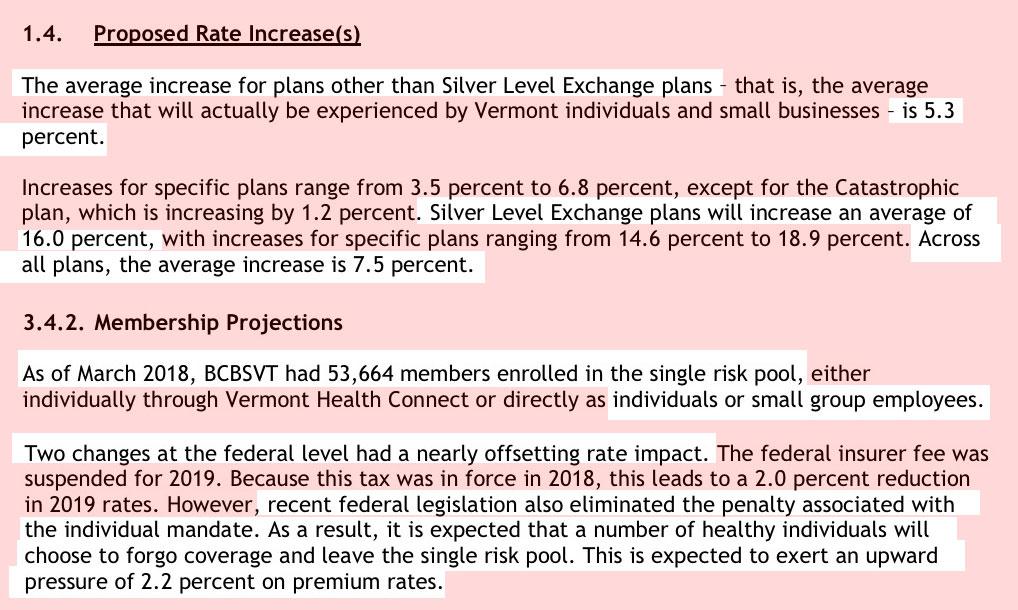