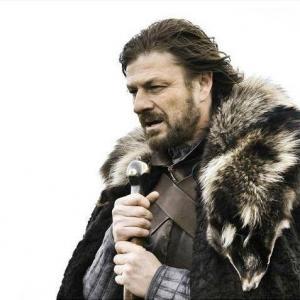 Apparently I'm spending my Sunday night on the internet worrying about people's 2019 health coverage instead of doing laundry.

David Anderson of Balloon Juice beat me to the punch on this earlier today:

I was never too worried about naked counties because of the logic above. A monopoly insurer should be able to print money as long as their actuaries were vaguely competent.

That might not be the case any more. The outflow channels to year long underwritten plans and no mandate penalty will unpredictably suck out a lot of the good risk in the bare county. The risk pool is going to be very sick for ACA plans. Rural counties are much more likely to have expensive provider contracts so the same person in a rural area will be much more expensive to treat than that person in an urban area where narrow networks are plausible. The big question is how much sicker will the ACA risk pool in potentially bare counties be?

This is precisely Donald Trump and the GOP's plan. That's not me being hyperbolic; Trump spent much of last year openly stating that he wanted to "blow up" the Obamacare exchanges.

He thought the Congressional GOP would take care of doing this for him, but massive public backlash, helped in large part by organized grassroots groups like Indivisible, just barely managed to nip most of this in the bud.

He thought slashing advertising by 90% and outreach by 40% would do the trick, but groups like Get America Covered and the Indivisible ACA Signup Project cancelled out most of the damage.

He thought cutting off CSR reimbursement payments would do the trick, but the carriers, state regulators and exchange directors came up with the clever Silver Load/Silver Switcharoo workaround, which cancelled out most of the damage.

Again: ACA defenders managed to stave off most of the damage in 2017...but there have been casualities along the way; the most obvious is the repeal of the Individual Mandate, aka most of the "red leg" of the 3-Legged Stool.

For 2018, of course, Trump and the GOP have decided to switch tactics. Instead of a direct frontal assault on the other two legs of the ACA itself, they've decided to go with what Andy Slavitt labelled "Synthetic Repeal" last fall.

Personally, I prefer to call it "Regulatory Siege", since it effectively amounts to attempting to "starve the law out" instead.

In addition to individual mandate being repealed (which still fits into the "siege" metaphor, since it doesn't technically go into effect for another full year), other features of "regulatory siege" include:

...and so on. I assume there will be more of this garbage added as the year goes on, which goes to McDonough's larger point: The blue states are scrambling to stave off and shore up the ACA at the state level:

...while the red states are adding work requirements to Medicaid expansion at a furious rate (3 states approved already, with several more in the hopper), as well as the shenanigans going on in Idaho and Iowa.

McDonough and Anderson's points are well taken: Until now, if you were the sole carrier offering individual market policies in a rural state, you had the luxury of charging pretty much whatever the hell you wanted to, knowing that there was no competition and the ACA subsidies would cover nearly all of any potential risk...but now, the Trump Administration is making even that situation extremely risky and unstable.

If you're a carrier who relies exclusively (or almost exclusively) on the individual market, you'll probably stick it out...but if most of your bread & butter comes from other divisions (employer sponsored insurance, Medicare Advantage, etc), you'll probably take a pass on the indy market...at least, the ACA-compliant one anyway.

If so, that would leave the entire indy market in those regions/states at the mercy of #ShortAssPlan (dire)wolves like, say, "Freedom Life"...and I'm afraid that the (financial, anyway) fate of many of those enrollees fate is likely to look very much like that of Eddard Stark.