Kaiser confirms: Millions of people in for a rude awakening next month (& next year)

Back in January, I wrote:

Millions of people who failed to make sure they were enrolled in ACA-compliant healthcare coverage are going to file their tax returns this spring thinking that they don't have to pay a penalty for not doing so only to discover that the penalty is still in effect.

The Kaiser Family Foundation's tracking poll confirmed my suspicions about most people being confused by the exact timing of the mandate and its repeal, but the wording of their question bothered me:

Well, Kaiser must have had the same thinking, because they changed the wording of the question for their February survey, and sure enough, it's exactly as bad as I thought: 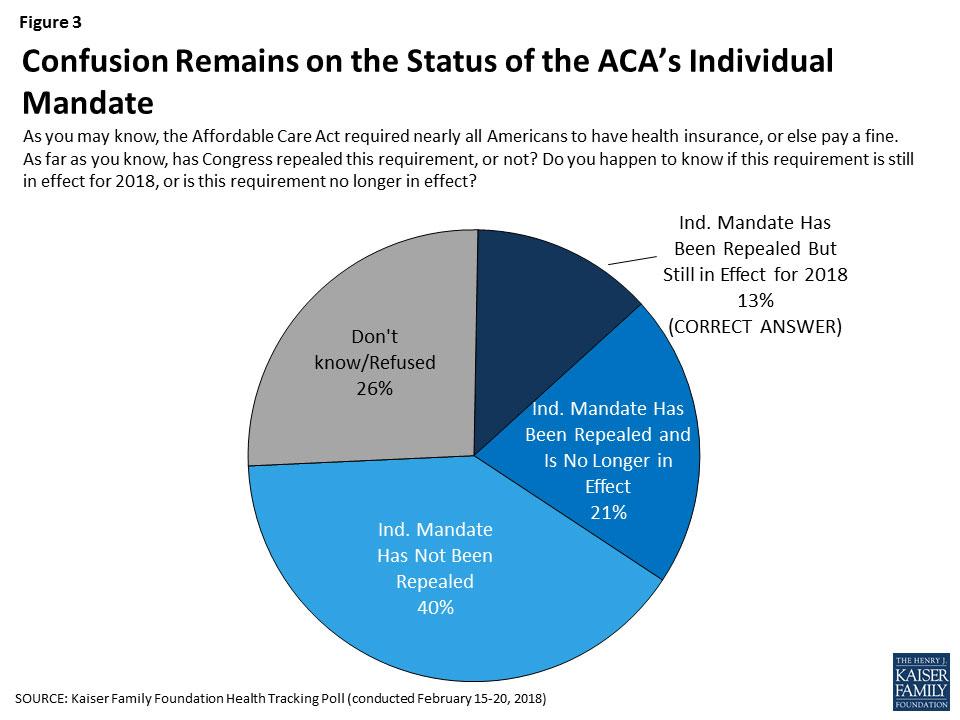 Yup, only 13% of the public understands that a) the ACA's Individual Mandate has been repealed, but b) the repeal itself doesn't actually go into effect until they pay their taxes for 2019 in the spring of 2020.

Ironically, this is actually good news in some ways: Fully 79% of the population either knows the mandate penalty is still around for now or at least isn't sure one way or the other, which means they're more likely to get covered just in case.

However, 21% of the public incorrectly thinks that the mandate is no longer in effect. Kaiser didn't break the survey question out by those covered by employer-sponsored insurance or other types of healthcare coverage, but assuming that 21% is representative of those on the individual market specifically, that means that something like 3 million people currently enrolled in ACA-compliant individual market policies think that they don't have to pay a financial penalty for going uncovered. That's a very bad thing for two reasons: Some of those people are still going to have to pay the penalty...but the whole reason for having the penalty in the first place (to stabilize the risk pool) will be for nothing.