UPDATE: Several million people are in for a rude awakening this spring. 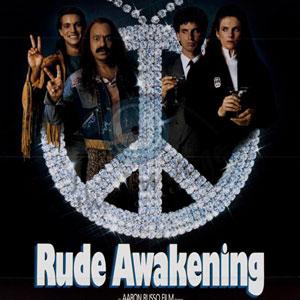 Earlier this evening, Donald Trump gave his 90-minute State of the Union speech. He mentioned "Obamacare" exactly one time:

We eliminated an especially cruel tax that fell mostly on Americans making less than $50,000 a year — forcing them to pay tremendous penalties simply because they could not afford government-ordered health plans. We repealed the core of disastrous Obamacare — the individual mandate is now gone.

I'm not going to go try and explain yet again why the ACA's Individual Mandate was included in the law in the first place or why repealing it is such a bad idea; I've embedded my video explainer above to do that.

Instead, I want to make something very clear:

THE REPEAL OF THE ACA's INDIVIDUAL MANDATE DOESN'T ACTUALLY TAKE EFFECT UNTIL YOU FILE YOUR TAXES IN 2020:

...the mandate penalty repeal only applies as of 2019. Individuals remain responsible for having insurance or paying the penalty for the 2017 filing season and for 2018. The IRS has announced that it will reject electronic filings of taxes for 2017 that do not claim coverage or an exemption, or include a payment of the penalty. The repeal is being widely publicized, however, and there will undoubtedly be widespread confusion as to when it will be effective. It is likely that many people will fail to apply for coverage or drop or fail to effectuate coverage that they already have. The effect of the mandate repeal will undoubtedly be felt before it goes into effect.

Yes, that's right: Millions of people who failed to make sure they were enrolled in ACA-compliant healthcare coverage are going to file their tax returns this spring thinking that they don't have to pay a penalty for not doing so only to discover that the penalty is still in effect.

In case you think I'm overstating the confusion, check out the Kaiser Family Foundation's most recent national tracking poll:

PUBLIC AWARENESS OF THE REPEAL OF THE ACA’S INDIVIDUAL MANDATE

As part of the Republican tax reform plan signed into law at the the end of 2017, lawmakers eliminated the ACA’s requirement that nearly all individuals have health insurance or else pay a fine, known commonly as the individual mandate. The tax plan reduced the individual penalty for not having health insurance to zero beginning in 2019, effectively repealing the least favorable provision of the ACA (according to polling conducted by Kaiser Family Foundation).

On the other hand, a majority of the public (68 percent) are aware that the ACA is still in effect, while one in five (17 percent) say it has been repealed and is no longer in effect and 14 percent are unsure. 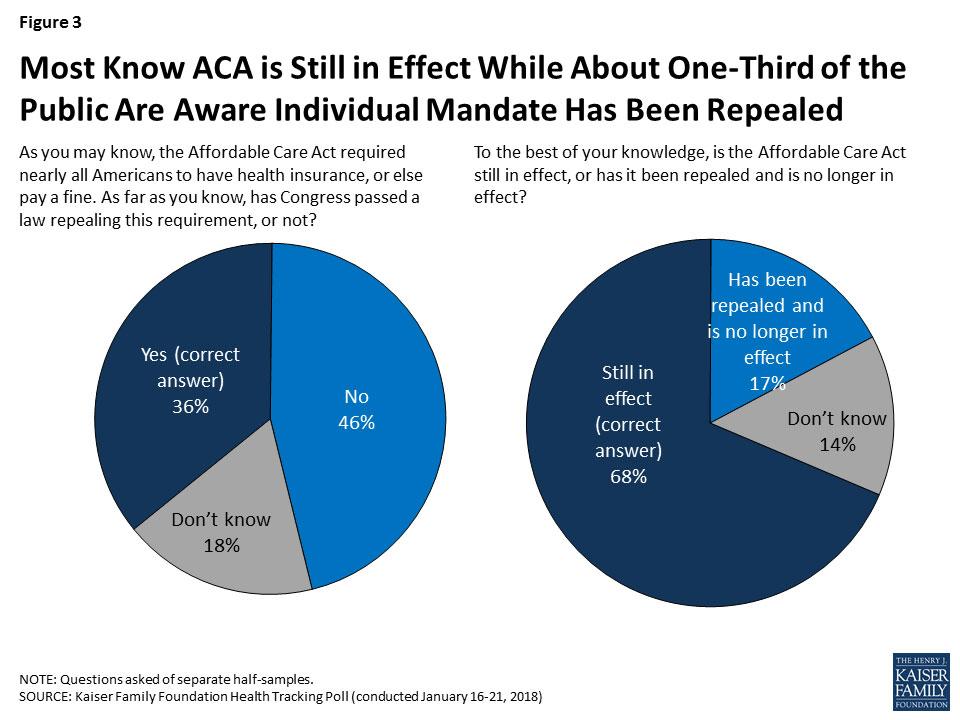 UPDATE 2/6/18: Over at Axios, Caitlin Owens confirms everything I posted above a week ago and then some:

The GOP has been touting its repeal of the Affordable Care Act's individual mandate, one of the least popular pieces of the law. Yet this tax season, mandate enforcement is actually ramping up — and the White House is nervous about it.

Between the lines: This year, taxpayers will have to tell the IRS whether they had health care coverage — and pay a penalty if they didn't. Some Republicans worry the enforcement could awkwardly clash with their messaging about the mandate being gone.

The issue: Since the ACA was enacted, the IRS had accepted "silent returns" — tax returns with the section indicating whether a person has ACA-compliant health insurance left blank.