OK, it wasn't really planning on setting ACASignups.net up as anything more than an embedded Google Spreadsheet, but along with the spike in ACA enrollments over the past 2 weeks has also come a similar spike in website traffic and exposure. Over the past few days, it's been linked to and/or cited by major media outlets including Forbes, New York Magazine and, most notably, the Washington Post, so I figured it was time to expand, organize and tidy up things a bit.

I also wasn't planning on launching the new version of the site until January 1st, but given this morning's announcement that the Federal healthcare exchange (Healthcare.Gov) has topped 1.1 million enrollments--which in turn brings the overall total of private plan enrollments to over 2 million--I decided to go ahead and launch it a bit earlier than expected. (h/t to David S. for the heads up)

So, as you can see, I'm still scrambling to get the new digs ready. I'm separating out the visual enrollment graph from the spreadsheet itself, and will be back-porting my older blog entries from Daily Kos and Eclectablog over there (don't worry, I'll still be cross-posting here as well). I also still have to add the FAQ and other resource links.

Perhaps the most important functional addition, however, is the new Submit an Update form. I have a dozen or so people who have been sending me updates for one state or another until now, but their method of getting it to me has been inconsistent. I hope this new form will give everyone a single place to send the latest state or federal exchange enrollment numbers. Of course, there's always the chance that someone will try and flood me with junk links or vitriol; if that happens I'll have to rethink this feature.

In the meantime, thanks for your interest and support, and keep an eye on the site for more info in the coming days.

UPDATE: Hoo Boy. Sarah Kliff at the Washington Post (who wrote the story from a few days ago) just tweeted this:

Are you guys following @charles_gaba? You should be! He's doing, by far, the best work tracking enrollment at http://t.co/I1RBMqd6YD. 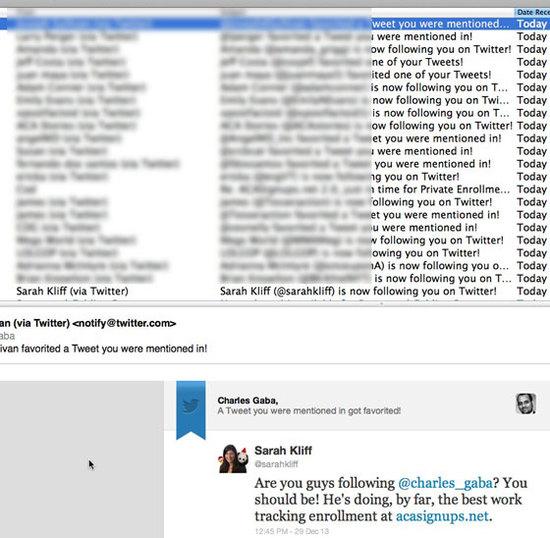