UPDATE: 2018 Open Enrollment is NOT over yet for 18% of the population!

UPDATE 1/15/18: Minnesota's deadline passed last night, so we're now down to 4 states + DC: 74.3 million people, or roughly 23% of the population. (Note: I had a miscalculation in an earlier version of this post)

UPDATE 1/19/18: I've added Puerto Rico & the U.S. Virgin Islands to the graphic below to note the SEP added for those who've moved to the mainland.

UPDATE 1/24/18: Massachusetts' deadline passed last night, so now we're down to California, New York and DC: 60 million people or roughly 18% of the population.

2018 Open Enrollment has officially (and unofficially) ended for 44 47 states.

HOWEVER...there are 6 3 other states, as well as the one in the District of Columbia, which have deadlines later than December 31st:

Collectively, these states/DC represent over 85.5 million people, or 26% of the entire U.S. population.

Well over 200,000 Puerto Ricans have moved out since Hurricane Maria devastated the island. Most have transferred to Florida, along with a smaller number from the U.S. Virgin Islands, with others scattered across other states. I'm assuming it's closer to a quarter million by now. The vast bulk of them are eligible for a 60-day Special Enrollment Period (SEP) from the date they moved...not necessarily because of the hurricane itself, but because they legally moved.Of course, anyone who moves to a different rating area anytime throughout the year qualifies for an SEP anyway, but I felt I should call special attention to these folks. Of course, some of these 200K transferees have likely already enrolled in Florida/etc. during the normal Open Enrollment Period anyway.

All in all, as of January 1st, aside from the "normal" Special Enrollment Periods for Qualifying Life Events, there's around 90 million Americans, or over 27% of the U.S. population who are still eligible to #GetCovered for 2018. 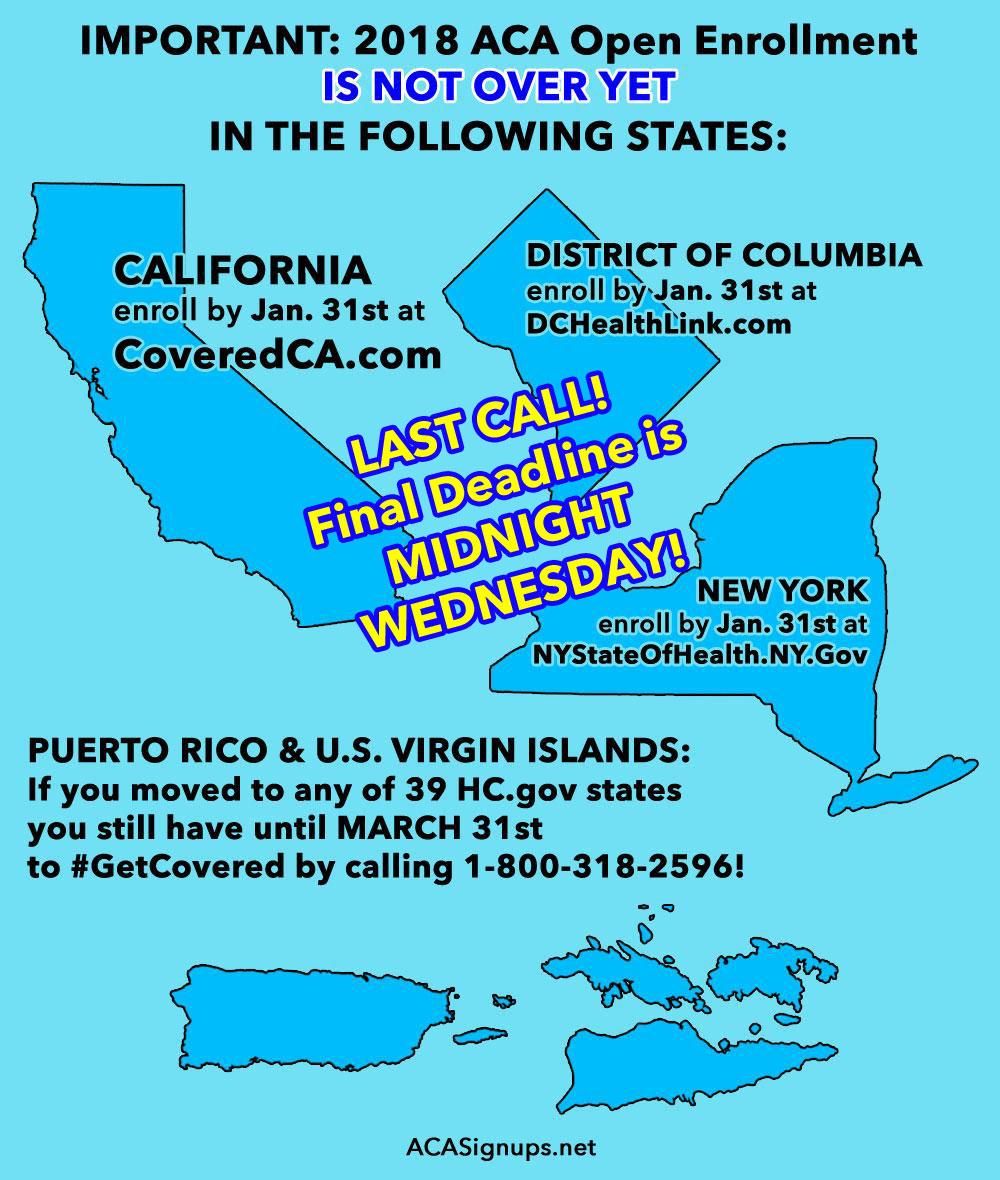