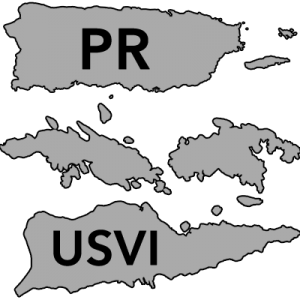 Well THIS falls under the Good News department:

The Centers for Medicare & Medicaid Services (CMS) announced additional opportunities for individuals affected by the 2017 hurricanes in Puerto Rico and the U.S. Virgin Islands to enroll in Medicare health and drug plans and health coverage through the Federal Health Insurance Exchange. CMS is providing these special enrollment periods so that certain individuals and families who were impacted can access health coverage on the Exchange and have additional time to join, drop, or switch Medicare health and prescription drug plans. CMS announced initial special enrollment period opportunities in September, this extends these opportunities through March 31, 2018.

“CMS is committed to making it as easy as possible for individuals and families whose lives have been disrupted by these hurricanes to access the healthcare coverage they need during this difficult time,” said CMS Administrator Seema Verma. “The impacts of a hurricane can last for months. These special enrollment periods provide the necessary flexibility for our beneficiaries to obtain and maintain coverage while dealing with the lingering aftermath of the storms. We will continue to monitor the circumstances in Puerto Rico and the U.S. Virgin Islands and will take additional action as necessary.”

CMS established the following special enrollment periods to support individuals impacted by the 2017 hurricanes in Puerto Rico and the U.S. Virgin Islands:

To be clear, this isn't quite as big a deal as it may sound like at first, for a couple of reasons:

However, it's still important...again, for two reasons:

I don't know many USVI residents have moved to HC.gov states, nor do I know the number of PR residents who've moved to other states (some have even moved to North Dakota, of all places...which is also on the federal exchange as it happens); let's call it an even 400,000 for now. And of course not all of those folks have officially moved; some may plan on returning soon. Finally, not all of those who do move will enroll via the individual market--some may have employer coverage, some will be on Medicare or Medicaid and so on.

Still, I'd imagine at least 100,000 or so people may find this 3-month SEP to be helpful in #GettingCovered whereever they've chosen to start their lives over again.