OK. The Big News that everyone's waiting on this week regarding the 2018 Open Enrollment Period will come on Wednesday. That's when CMS will presumably post the Week 7 Snapshot Report for HealthCare.Gov, which covers 39 states. Wednesdays are also usually when Covered California, the largest state-based exchange, posts their updates as well.

That leaves the other 11 smaller state-based marketplaces (SBMs), of which only one, Colorado, has posted an update so far this week. As it happens, however, that was an impressive update: Colorado's total enrollments to date now stand at 149,000 people, about 7% ahead of last year. With CO added to the mix, I've now confirmed exactly 2,522,078 QHP selections across those 12 SBMs...which means the SBMs have already broken my personal final QHP projection of 2.5 million as of January 31st.

What about breaking earlier numbers? Well, unlike HC.gov, which saw a net drop of 522,000 enrollments for 2017 vs. 2016, the 12 SBMs actually saw a slight increase year over year to 3.01 million for 2017, which means breaking that total would be a collective all-time record for those states.

Put another way, if the SBMs are able to rack up 493,000 more QHP selections by January 31st, they'll have outperformed last year in spite of everything the Trump Administration has thrown at them.

How likely is that? Well, considering that the 2.5 million confirmed is missing anywhere from 8 - 57 days worth of data depending on the state, I'd say there's a very good chance of achieving this.

Meanwhile, 4.68 million QHPs have been confirmed on the federal exchange vs. the 9.20 million from last year; there would have had to more than 4.5 million QHPs added via HC.gov between 12/10 - 12/15 in order to match last year's tally, and over 5 million to beat the all-time record set in OE3. Needless to say, this is far less likely to happen...but we'll find out soon.

Of course, there's also the 53 million people living in Florida, Georgia, Louisiana, South Carolina and Texas who are still eligible to enroll until December 31st to consider. Technically speaking those folks would be categorized under "Special Enrollment Periods", not "Open Enrollment", but I certainly hope CMS isn't cynical/disingenuous enough to ignore them by acting as though the upcoming Week Seven Snapshot closes the book on OE5. Guess we'll find out soon enough... 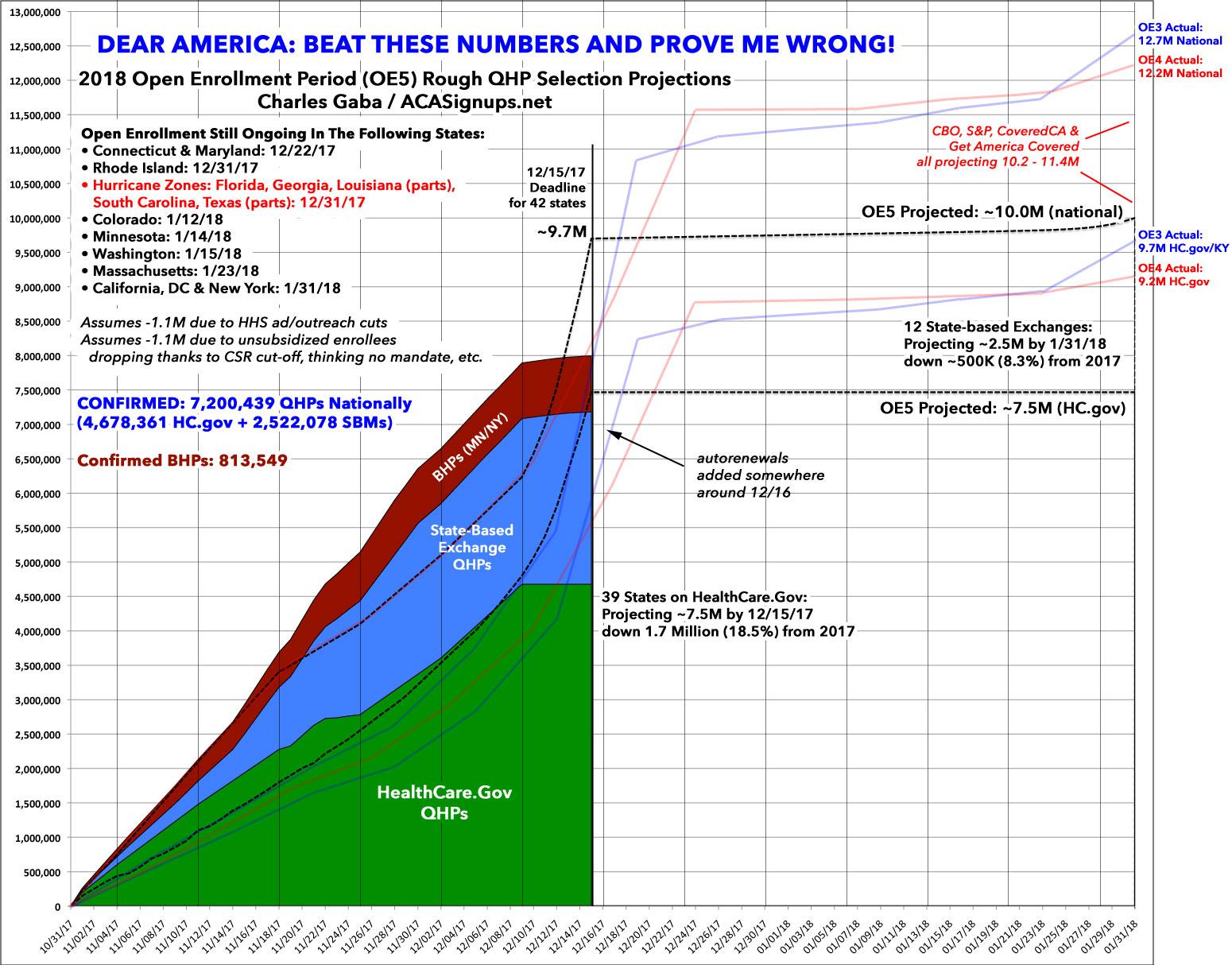 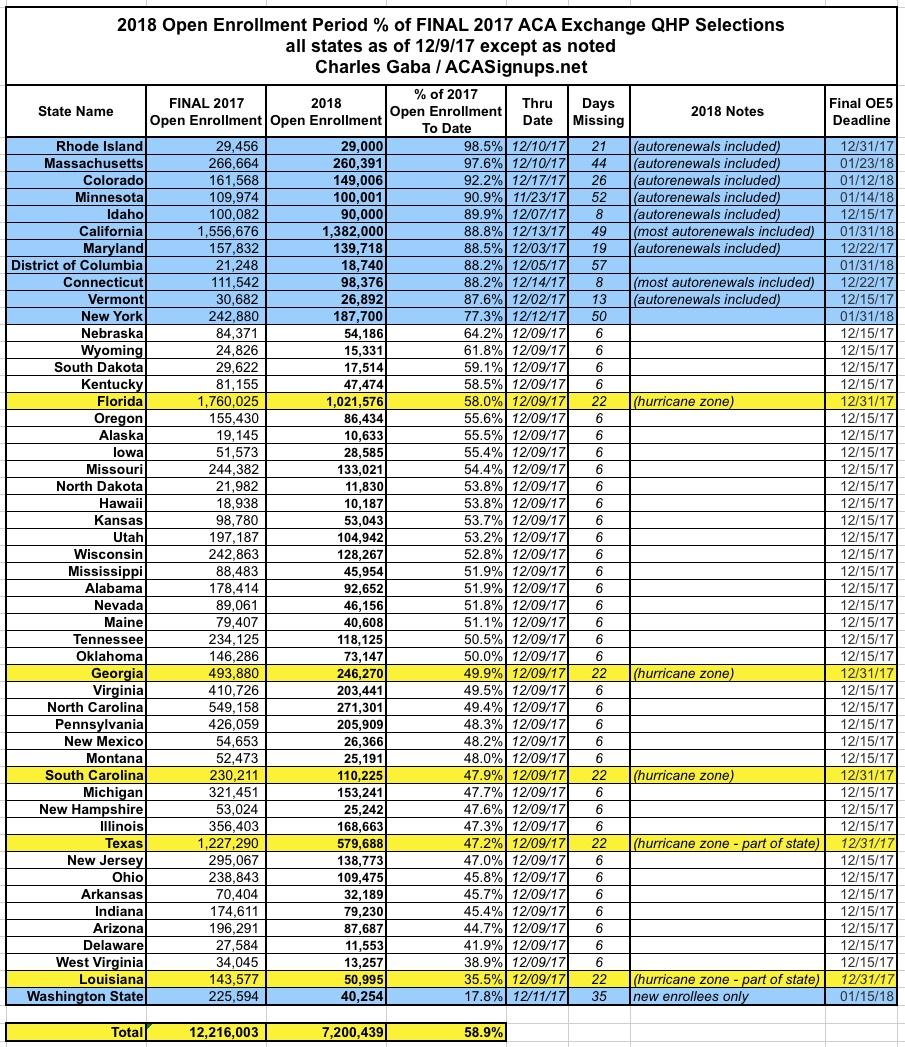 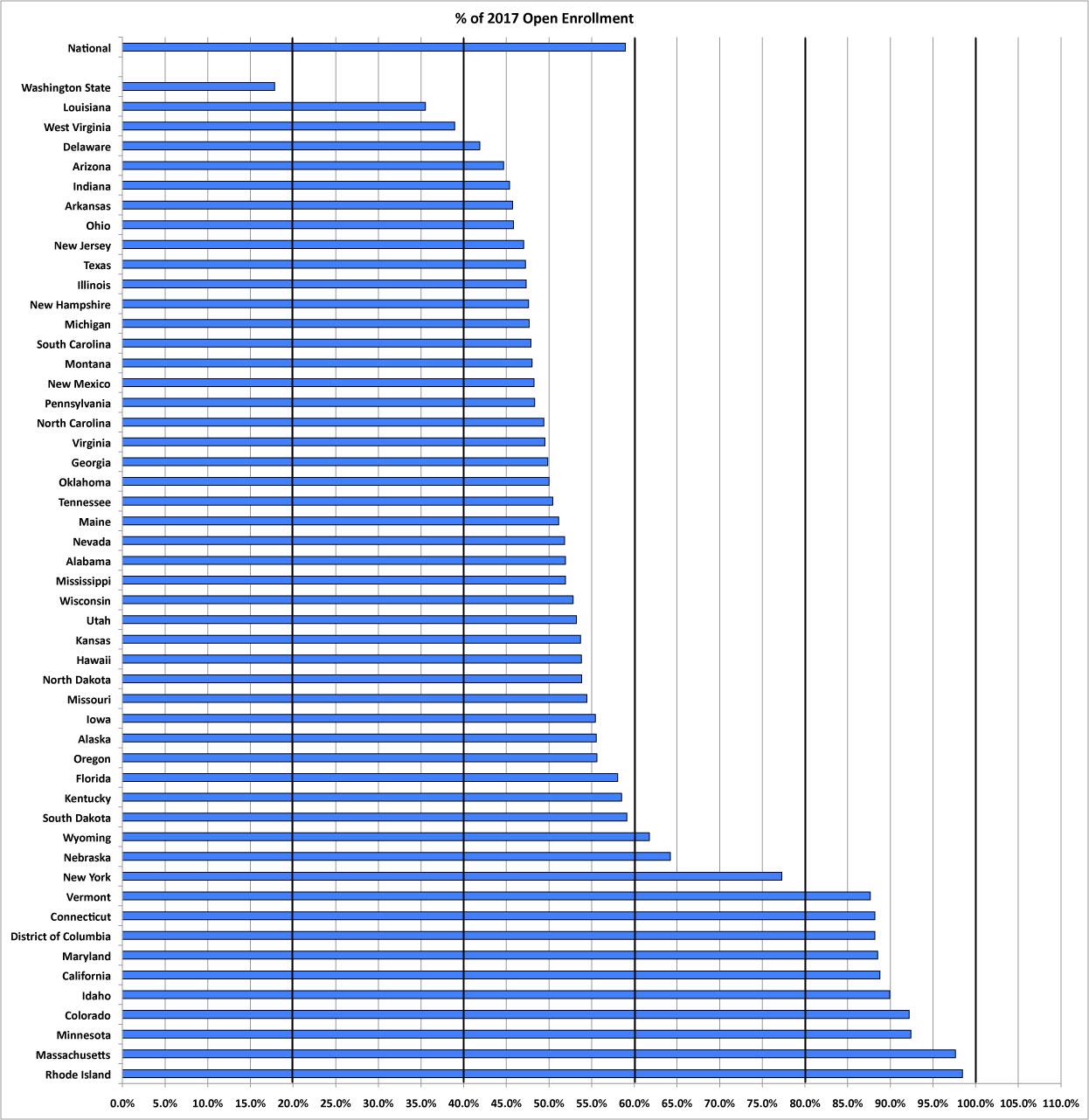