CMS releases avg effectuation report for H1 2017 and concludes...pretty much what I had already figured.

Lost in all the hullabaloo over the Week Six HC.gov Snapshot Report the other day was another report from CMS, which breaks out the average effectuated ACA exchange enrollment for the first half of 2017:

According to data as of September 15, 2017, an average of 10.1 million individuals had effectuated their coverage through June 2017, meaning that they selected a plan and paid their premium. This is approximately 200,000 fewer effectuated individuals compared to the effectuated report for the first half of 2016 and about 2.1 million below the number of plan selections at the end of 2017 open enrollment.

Looking historically at Affordable Care Act trends from 2014 through 2017, we also see that a significant number of people who effectuate coverage do not stay in their plans for the full year. By June, 9.9 million individuals remained in coverage compared to the 12.2 million who selected plans. On average since 2014, more than a million enrollees per year dropped their coverage before the end of the plan year.

Again: Hardly surprising. Unsubsidized premiums went up an average of ~25% or so in 2017, so it's not at all surprising that average tax credits went up by 29%. The bit about unsubsidized enrollees being slightly more likely to drop coverage later in the year than subsidized enrollees is also mildly interesting (and something I've always suspected), but not a big shock.

APTC enrollment is the average number of individuals who had an active policy from January through June of 2017, who paid their premium, and who received an APTC subsidy. APTC is generally available if a consumer's household income is between 100 and 400 percent of the federal poverty level and certain other criteria are met. A consumer was defined as having an APTC if the applied APTC amount was greater than $0; otherwise, a consumer was classified as not having APTC.

CSR enrollment is the average number of individuals who had an active policy from January through June 2017, who paid their premium, and received CSRs. A CSR is generally available if a consumer is eligible for APTC, has a household income between 100 percent and 250 percent of the federal poverty level, and the individual chooses a health plan from the silver plan category.  Those who qualify have reduced out-of-pocket costs. American Indians and Alaskan Natives are eligible for CSRs under different criteria. 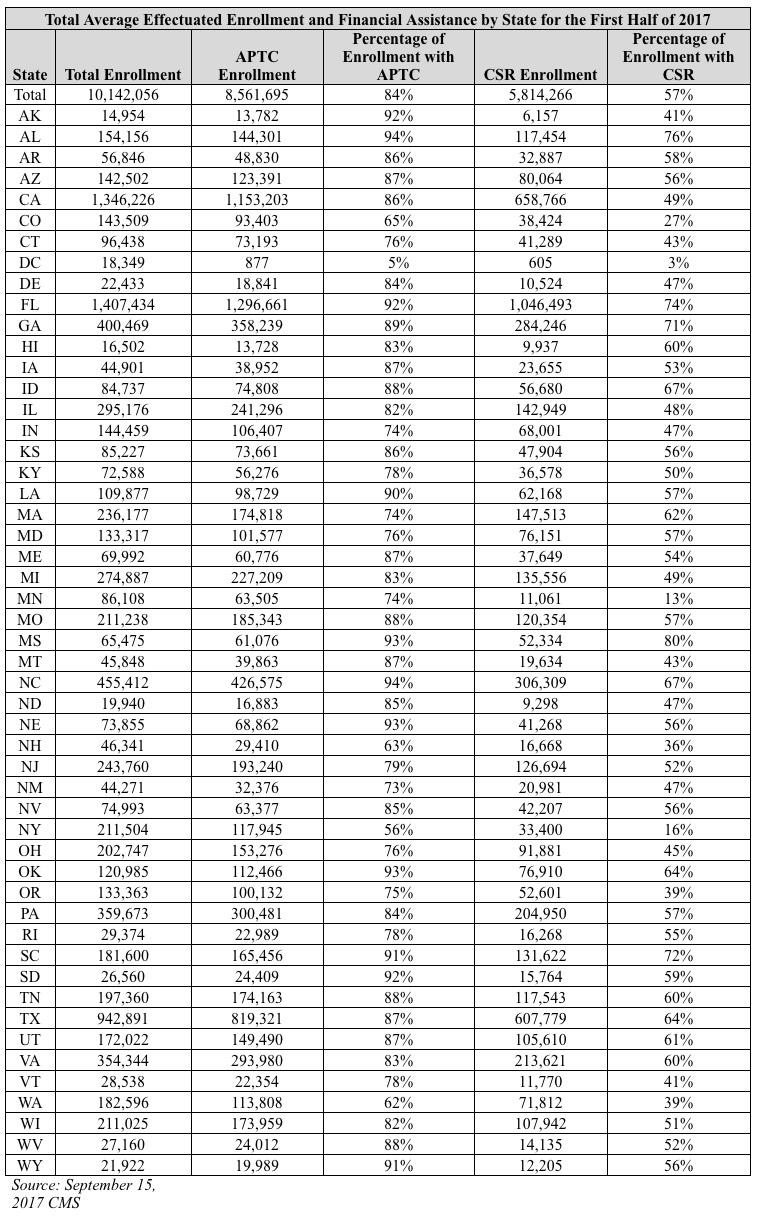 Here's an updated monthly breakout of the effectuated exchange enrollment for all 4 years to date. The bold-faced cells are confirmed national numbers; the italicized fields are my estimates based on known data and trends: 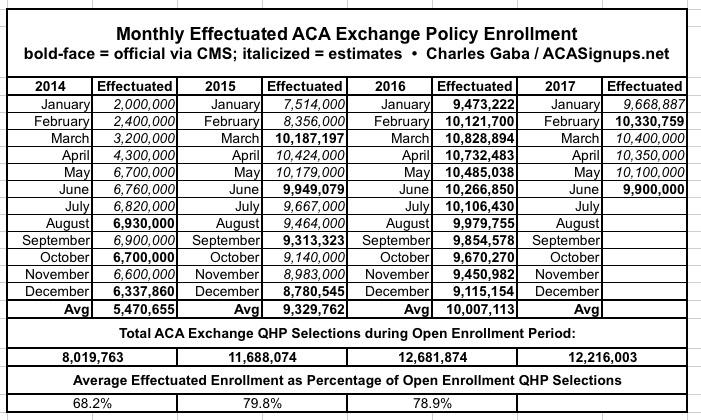 When I line all four years up against each other on a graph, it looks like the second half of 2017 will very likely follow the same trendline as 2015 did, which should mean that total effectuated enrollment as of December stands at around 8.8 million people...which, as it happens, is exactly what I was estimating over a month ago. 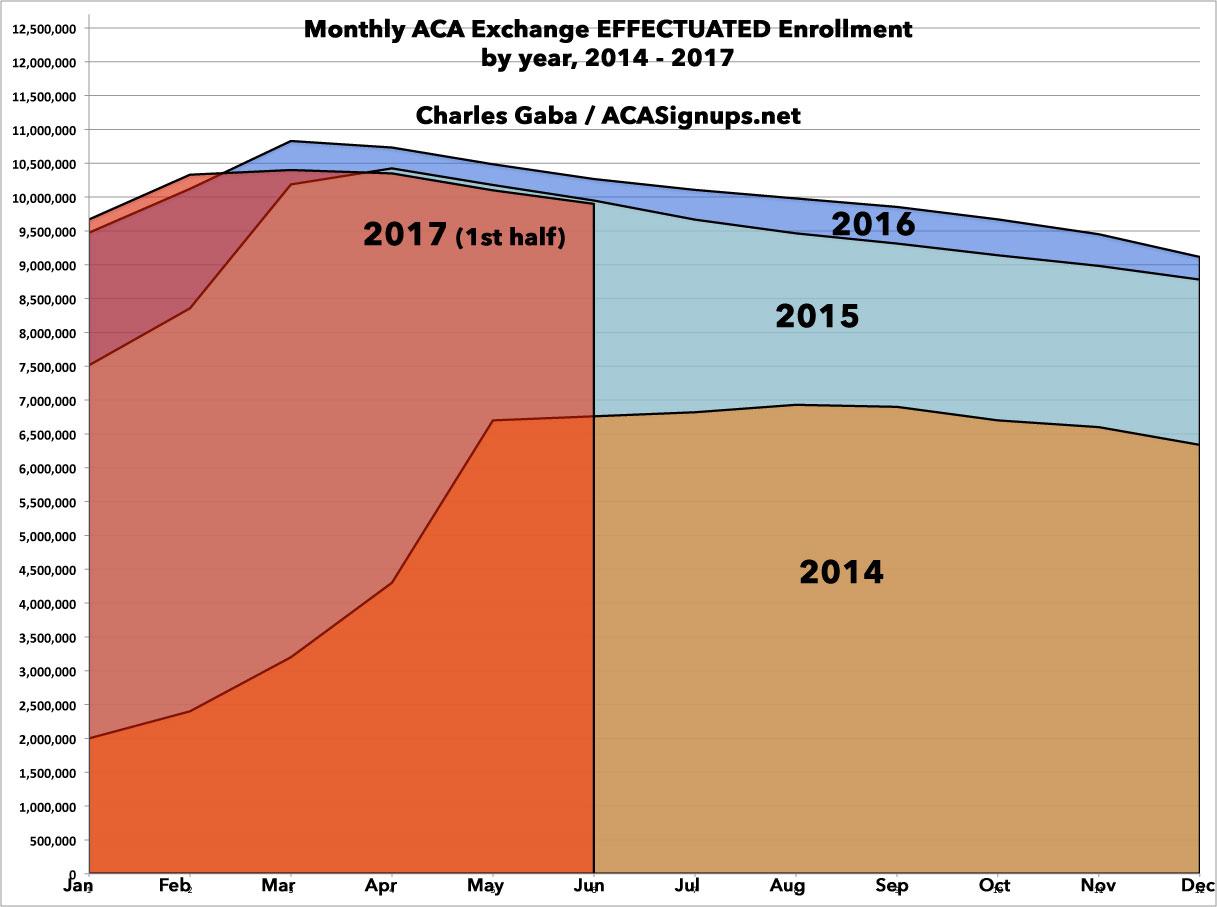