However, it's been awhile, so I figured it'd be a good time to check in, especially given that CHIP funding ran out at the end of September and some states are therefore already starting to run out of funds for the program. CMS just posted the September Medicaid/CHIP enrollment report:

CMS says above that the net increase in Medicaid/CHIP enrollment from Sept. 2013 - Sept. 2017 is 16.3 million, but when you look at the very graph they link to, the difference is nearly 17.4 million...nearly 1.1 million higher. Some of this is explained by this footnote, which notes that Connecticut and Maine aren't included in both periods:

Meanwhile, I guess it's supposed to be "good" news that "only" 5.9 million children were enrolled in the CHIP program in September, seeing how funding has been cut off and all. The reason this number is lower than the 9 million figure generally mentioned is because 9 million includes children who are only covered by CHIP for a portion the year.

Anyway, here's a simplified version of the table breaking out all 74.2 million enrollees by state: 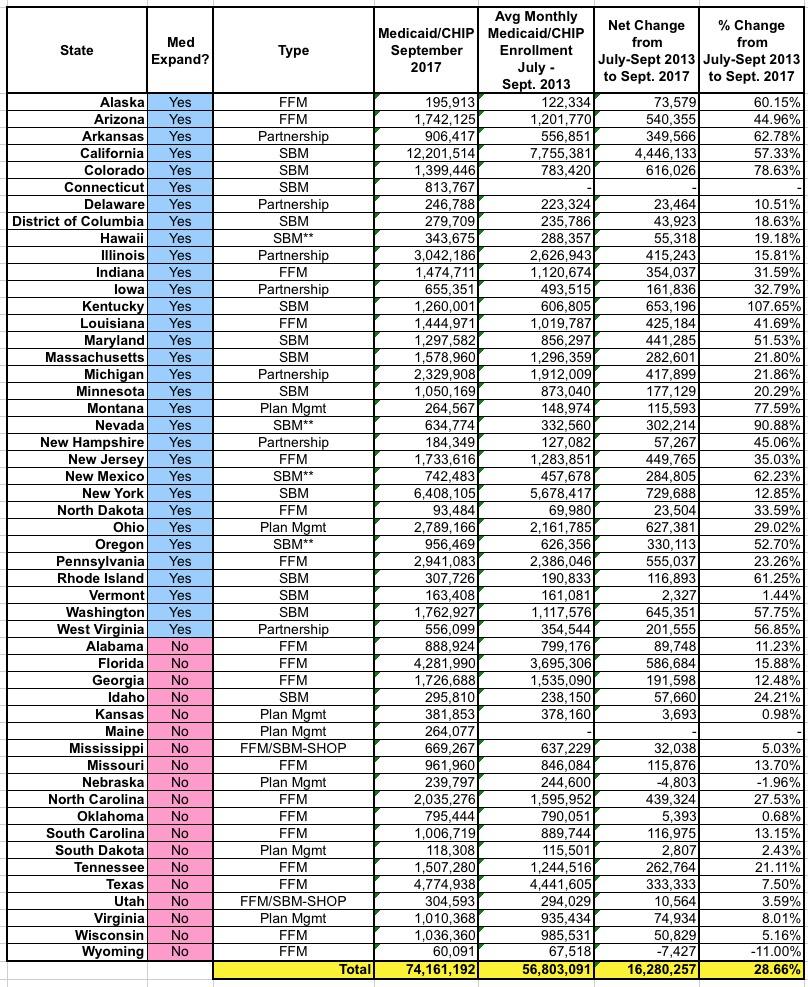