As I've been saying for months now, trying to predict not just the final number but the pattern of enrollments in ACA exchange policies for the 2018 Open Enrollment Period is a fool's errand given all the batcrap insanity surrounding the ACA this go around; this would be the case even without the actual enrollment period being slashed in half.

Having said that, the 2nd Weekly Snapshot Enrollment Report for HealthCare.Gov came out this morning and the enrollment period continues to defy expectations: 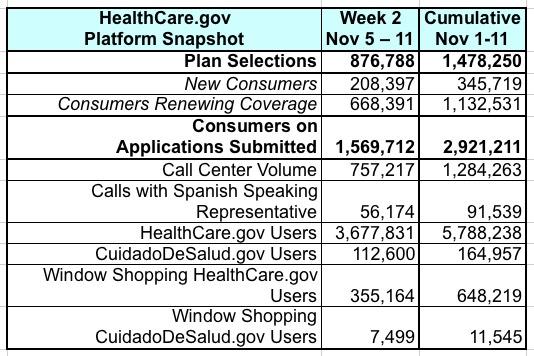 Nearly 1.48 million people have selected QHPs in the first 11 days via the federal exchange. This is over 33% higher than the 1.1 million I was projecting for that point in time...which itself was already higher than my earlier projection of perhaps 830,000. In short, Obamacare is alive and well.

Even so, I'm still not budging on my back-of-the-envelope spitball projection of perhaps 7.5 million HC.gov enrollments + 2.5 million via the 12 state-based exchanges. Again, the key number to watch is the NEW enrollees, since current enrollees could simply be renewing earlier rather than later, causing the shape of the trendline below to swell but not changing the final outcome.

How does this compare to last year? Well, it's 12 days vs. 11, but should still be a pretty good year over year comparison:

Not only is are enrollments nearly 47% higher for a slightly shorter time period (11 days vs. 12), but new enrollments are up 40% for that period as well, which is a very good sign.

Another important number to keep an eye on: 2.9 million consumers on applications submitted vs. fewer than 2.1 million last year...that, too, is 42% higher year over year.

If I correct for the missing day by assuming another ~125,000 QHP selections at HC.gov on Nov. 12th (1.6 million cumulative), that brings the apples-to-apples comparison to nearly 59% higher. However, the 12th was a Sunday; since enrollment generally drops substantially on weekends, there were probably about half as many tacked onto the total, so let's call it perhaps ~1.54 million, or 53% higher year over year.

When you include the just-released Minnesota 2-week enrollment numbers (over 91,000 QHP selections, as well as over 93,000 Basic Health Plan enrollees!), I've now confirmed over 1.63 million QHP selections nationally, though it's likely well over 3.0 million as of today (Nov. 15th). 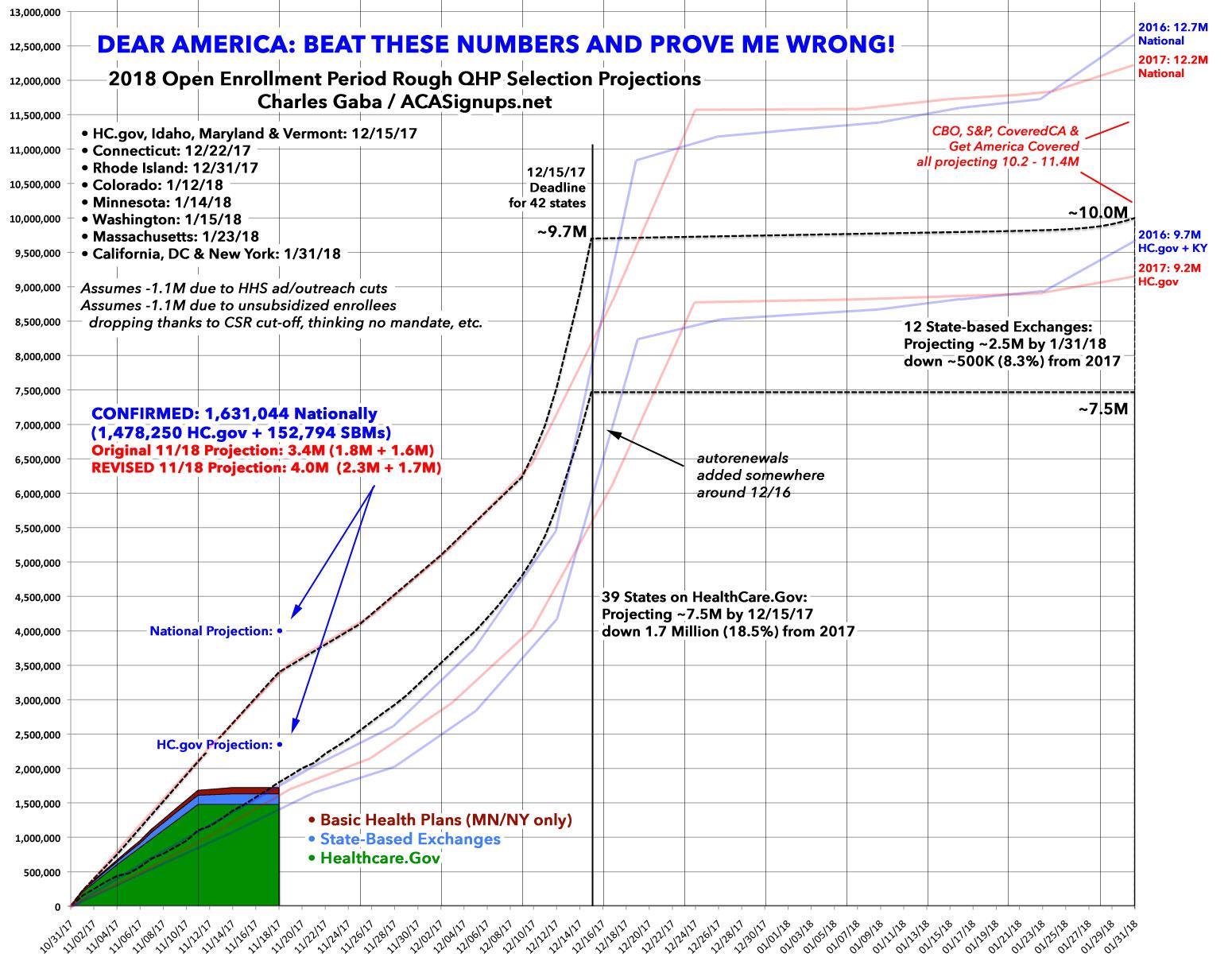