(sigh) OK, I wasn't planning on doing week-by-week estimates/projections given how batcrap insane this Open Enrollment Period is (not just in terms of the sabotage efforts and repeal lunacy, but also due to the time window being slashed in half for most states). In the end, however, my inner data geek got the better of me, so here we are.

Today is November 7th. The 2018 Open Enrollment Period's first week ends at midnight tonight. Here's what we know so far:

UPDATE: A couple more state numbers have come in this afternoon:

And, of course, the big shocker:

As I noted yesterday, it's too early to get too geeked about that 200K figure, as jaw-dropping as it sounds (more than double last year's Day One tally!), for a couple of reasons:

First, cutting the enrollment period in half naturally means that more people will sign up sooner...perhaps not a direct 2:1 correlation, but some substantial increase in early enrollment is to be expected. After all, total enrollments increased 46% in 2015 vs. 2014 even though the total time window was cut in half (from 6.5 months to 3 months).

Second, the controversy and confusion surrounding the ACA in general this year (and the CSR cut-off in particular) may simply be goading the same people who otherwise would have signed up on the last day into doing so earlier. This is still a good thing, of course, but it also means that it could simply be a matter of front-loading more enrollments instead of back-loading the same people at the tail end of the period. If that's what's happening, then the final numbers could still be down substantially over 2017.

HAVING SAID THAT, this is still an incredibly impressive start. I've tweaked my projections a bit...not the total, just the proportions: Instead of assuming a 71/29 split between the federal and state exchanges, I'm now figuring a 75/25 split, which would be closer to the typical ratio (76/24). I've thrown in the actual 2016 and 2017 patterns so people can get a feel for what I'm comparing against.

I don't know if CMS plans on releasing "Weekly Snapshot" reports as they have in the past, but if they do, I'm estimating that Week One will total around 693,000 on HealthCare.Gov, for a total of 900,000 QHP selections nationally. Again, this is a very rough estimate...I actually expect to be way off one way or the other.

Finally, while the odds of surpassing the all-time Open Enrollment record set in 2016 (12.7 million) are extremely slim, I've thrown in a "Hoping For" number as well, just for the hell of it: As far as I can figure, the Week 1 numbers would have to be around 1.15 million in order to have any chance of beating 12.7 million by January 31st (remember, only 42 states have cut the time window in half).

HealthSherpa.com, an online health insurance brokerage, said it had seen a 200 percent increase in the number of enrollments submitted on its site last Wednesday compared with the first day of open enrollment in 2016.

George Kalogeropoulos, CEO of HealthSherpa.com, said that a major reason for that increase in sign-ups was recently approved technology that made it easier and faster for web-based brokers to enroll Obamacare customers in plans sold on HealthCare.gov.

Here's what this refers to:

Of course, "a 200% increase" (which actually means the number tripled year over year) doesn't necessarily mean much without knowing how many enrollees HealthSherpa signed up last Nov. 1st; it could've gone from 5 people to 15. However, they're a pretty well-known online broker, so it's safe to assume this is another pretty impressive sign.

As I mused at the time:

In short, as long as concerns about things like security/sharing of sensitive enrollee data, manipulation of enrollees into policies which aren't the best option for them and so on are appropriately handled, this might be a reasonable change to improve the ACA exchanges...but if it's being done purely as a way of undermining and weakening the exchanges, it's a bad move which should set off red flags for ACA supporters.

In any event, so far this appears to be accomplishing a good thing: Helping more people enroll in exchange-based policies, so it seems like a net positive for the moment. 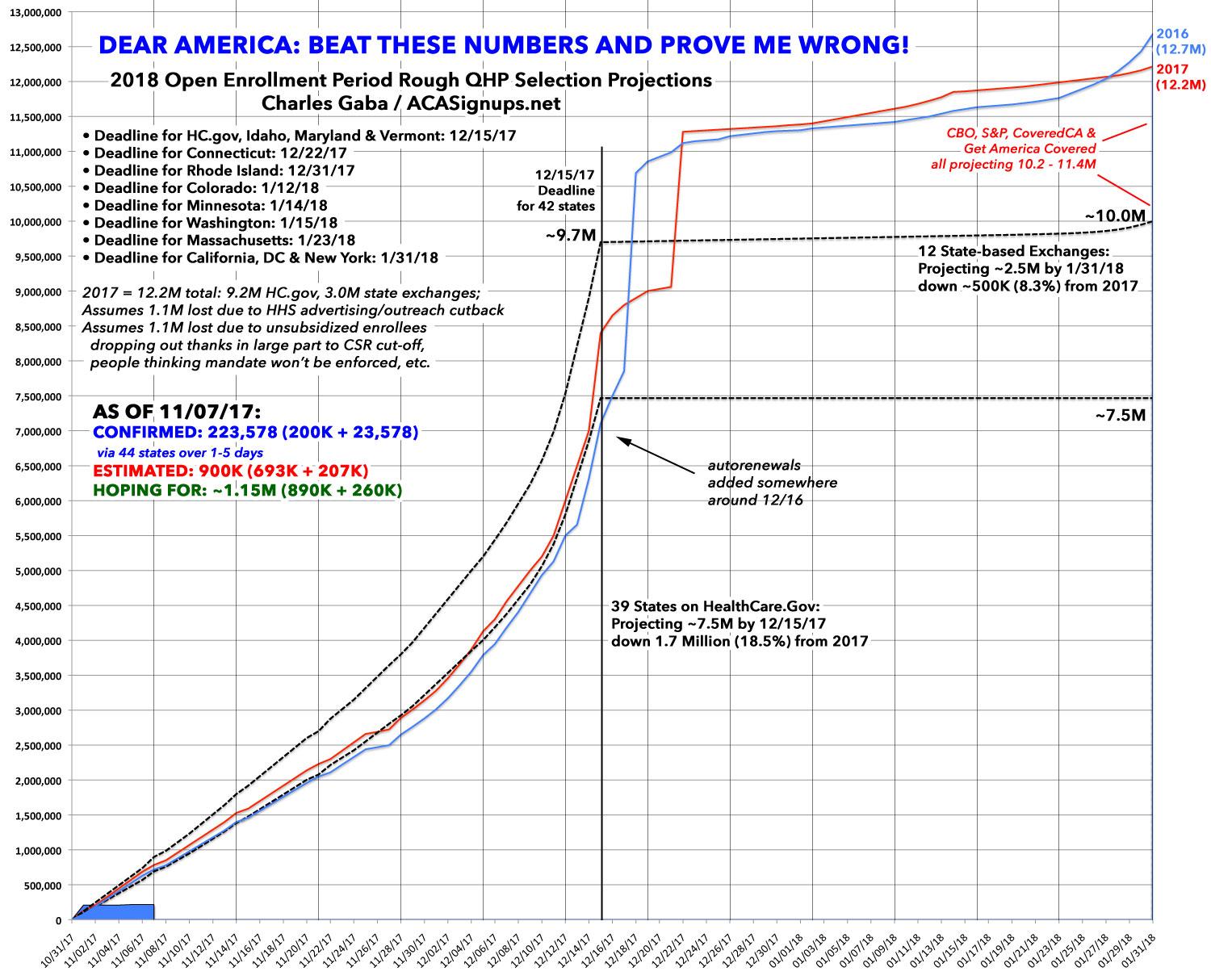