Until today, I operated under the assumption that my home state of Michigan was among the 18 states which took the "Silver Load" approach to dealing with the Cost Sharing Reduction (CSR) cut-off by the Trump administration. Reviewing the SERFF rate filings of the various carriers participating in the individual market, it looked like most of them were loading the CSR cost onto both on and off-exchange Silver plans. I didn't check every single carrier, but that seemed to be the trend, so I filed the state under "Silver Load".

HOWEVER, earlier today, commenter "Cayo" chimed in to say:

I'm signing up for a plan off the exchange with Priority Health in Michigan. ON-Exchange, the plan is $365 a month, but off exchange (directly from their website), the price is $300 per month. I don't qualify for a subsidy, but it's still cheaper than my 2017 plan with BCBSM. That was the Multi-State Plan in Region 7 with Dental and Vision.

...I'm single, no kids, 28, and earn about $48k per year so I don't qualify for a subsidy. The deductible, copayments, and coverage levels are the same. I checked out BCBSM and Meridian and they did not do a silver plan off exchange that was cheaper, but Priority Healh seems to have done so. Check out their website, compare all plans, and I think it'll show you. Their two silver HMO plans are nearly identical except where they are sold.

Louise Norris beat me to the punch and sure enough...

Yup. They're the same. I tried it myself (using my own family info) and confirmed it as well: 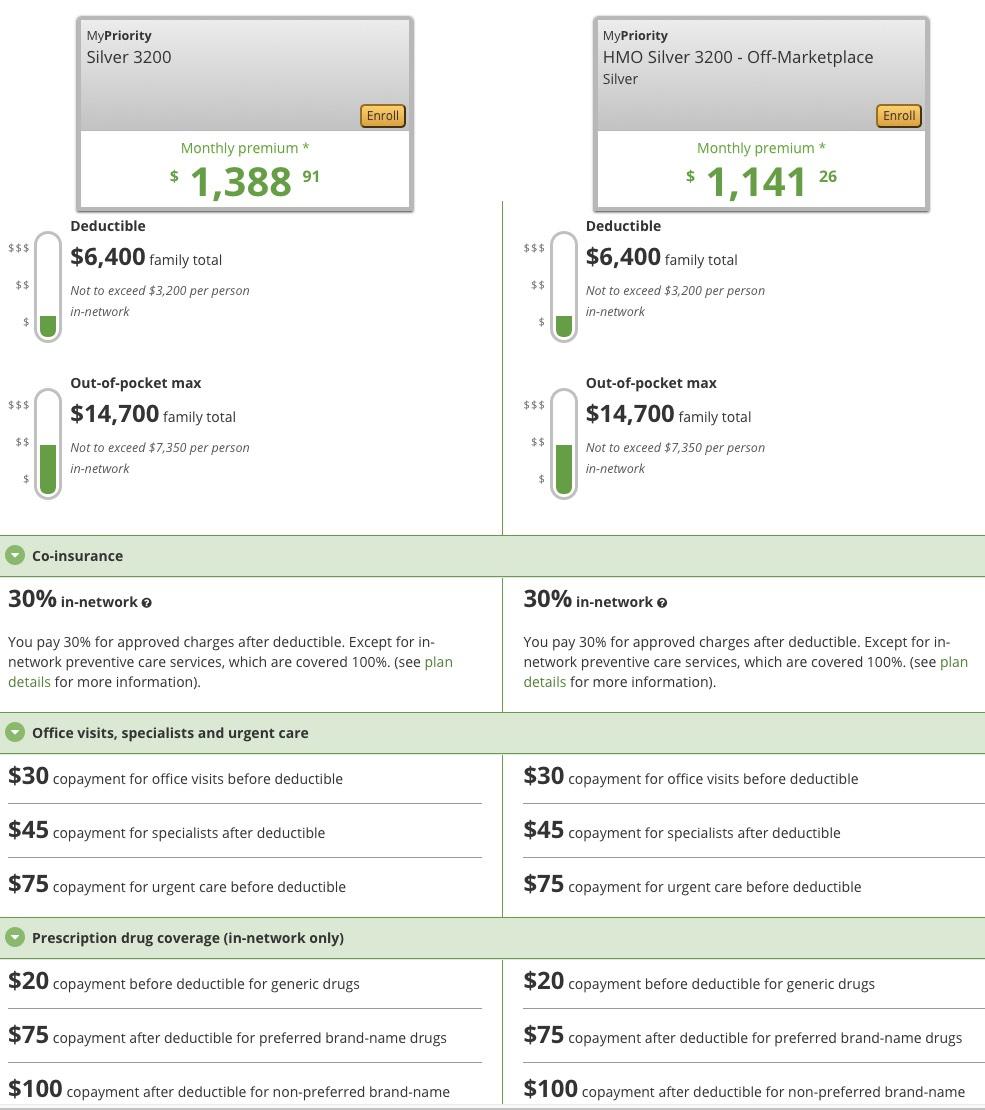 They're exactly the same, right down the line. The only difference appears to be the price: $248 less per month for the off-exchange version, or nearly $3,000 for the year.

I checked out Blue Cross Blue Shield of Michigan/Blue Care Network (the largest carrier in the state...BCN is just the HMO division of BCBSMI) and found the following. First, here's the comparable Silver PPOs: 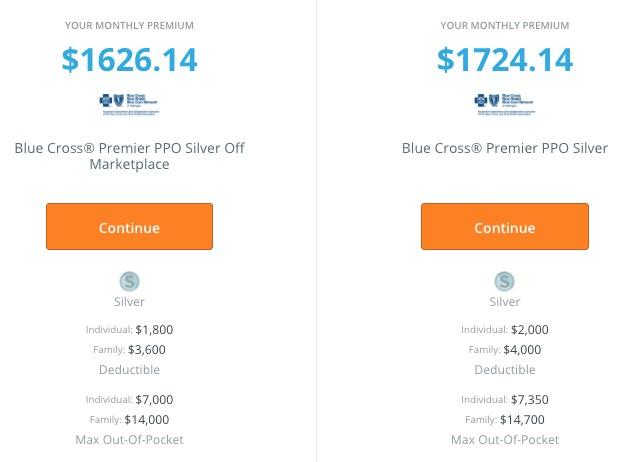 Bingo: The one on the left is specifically labelled "Off Marketplace"

The premium savings is more modest than Priority (just $98/month), but so are the deductibles and maximum out of pocket costs, to the tune of $400 and $700 respectively (for the family).

What about the HMOs (which are actually via Blue Care Network)? 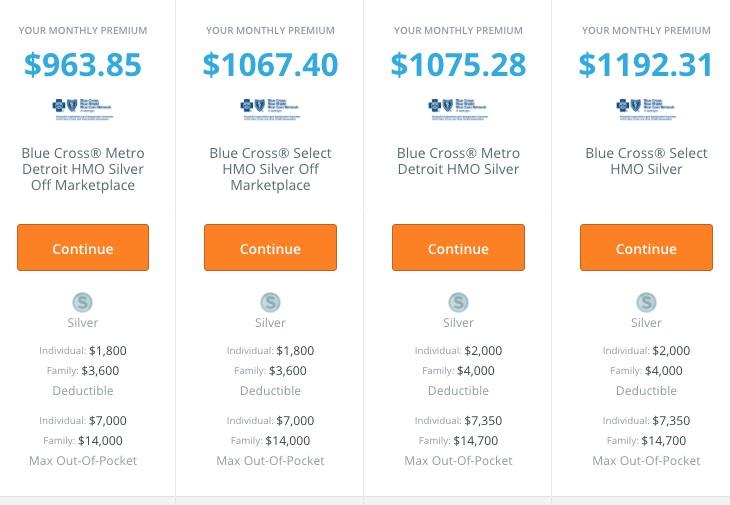 Boom. Same thing: The two Off Marketplace plans appear to be otherwise identical to the two on-marketplace Silver plans other than premium prices, which are $111/month and $125 less respectively ($1,332 and $1,500 respecitvely), deductibles ($400 less per family) and MOOP ($700 less per family).

In both the PPO and HMO cases I looked at the longer list of benefits and didn't see any differences between any of the plans in question.

Yes, it appears that Michigan is indeed a Silver Switcharoo state after all.