Nevada is the final state to post their requested rate hikes for 2018 (or at least they're the last one I tracked down, anyway). I've now done at least a rough analysis of all 50 states + DC, and while some of the data is a bit outdated (remember, I started doing this back in late April/early May), most of it should still be fairly close to the present situation...at least in terms of requested rate hikes.

In Nevada, after much concern that a bunch of rural counties wouldn't have any exchange carriers at all, Centene stepped in to cover them. They aren't listed in the table below, but since I believe they're new to the state, that shouldn't matter in terms of rate increases since there's no base rates to compare against anyway.

Four of the six individual market carriers are off-exchange only, so the CSR reimbursement issue is a non-factor for them. That leaves two carriers (Health Plan of NV and HMO Nevada), both of which seem to be operating on the assumption that CSRs will continue to be paid. This means that the 28.9% and 60.3% average rate hikes being requested by each would be around 10 points higher if CSRs aren't paid next year (spread across all metal levels), for an ugly statewide rate increase of either 37.8% with CSRs or 44.4% without them. 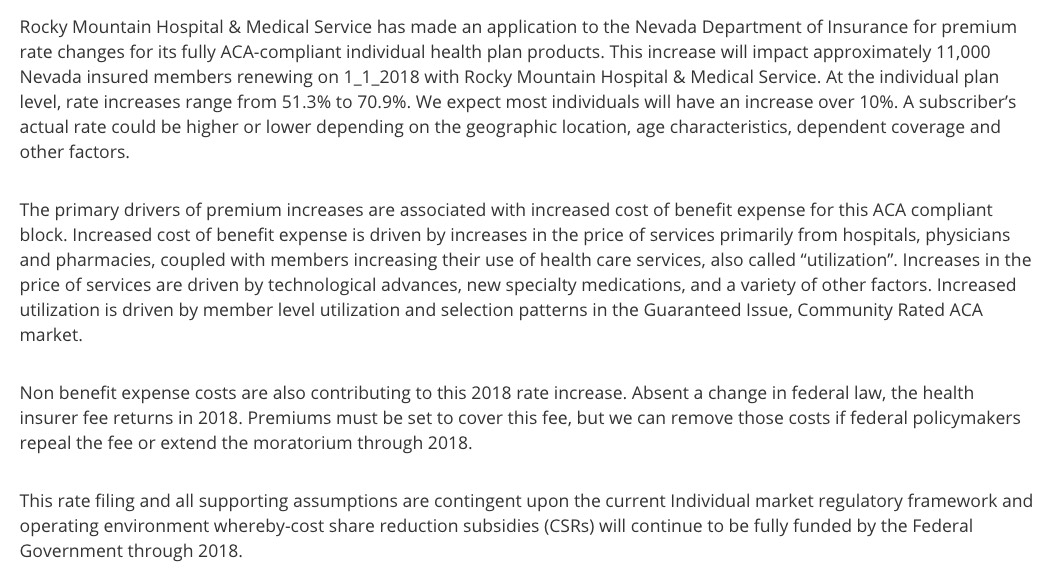 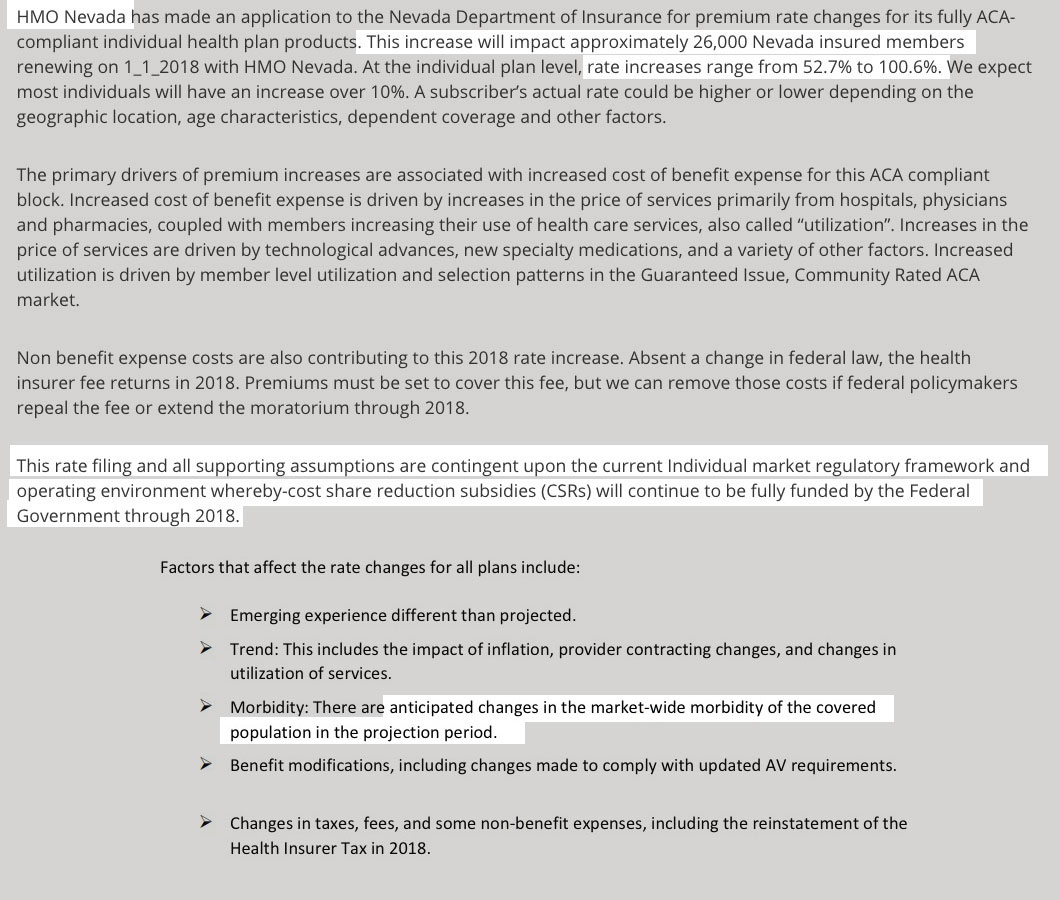 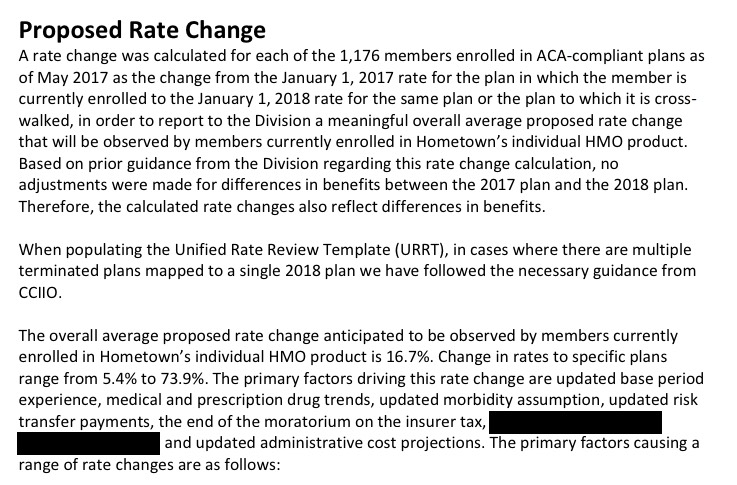 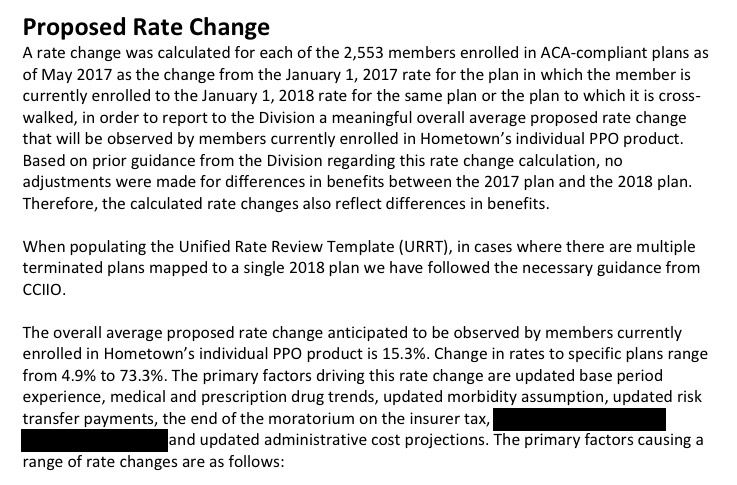