...“I think there would be unanimous agreement with anyone involved that this year’s filing season was the most challenging of any previous year,” Shea said.

...The rate increases can be attributed to an unstable market, with too few healthy people signing up to balance out the number of sick people who enroll, and the uncertainty of cost-sharing reduction payments, which are meant to go to insurers to cover the cost of offering lower prices to poor members, but which the federal government has refused to guarantee.

Even if the federal government comes forward in the next few months and promises to pay insurers the cost-sharing reductions, the prices for 2018 will be locked and unable to be changed, Shea explained.

“What you’re saying is, because no one has made the decision one way or another ... people who need health care insurance are victims beyond their control,” said Sen. Rosalyn R. Dance, D-Petersburg. “Even if it’s corrected, they’re still held hostage for 2018.”

Yup. Tomorrow is the signing deadline, so even if Congress actually does formally appropriate the CSR funding for 2018, the rates will be locked in (this would change starting in 2019, but that doesn't do anyone any good this year). How much of the rate increase is due specifically to the CSR issue? My best guess is that it's around 14.3 points, or about 25% of the total increase, which is actually a much lower portion of the total than most other states so far.

I've reposted the approved rate data for both the individual and small group markets below, straight from the VA Dept. of Insurance. As you can see, the small group market looks much more reasonable, ranging from about a 3% drop to 13% increases depending on the carrier. 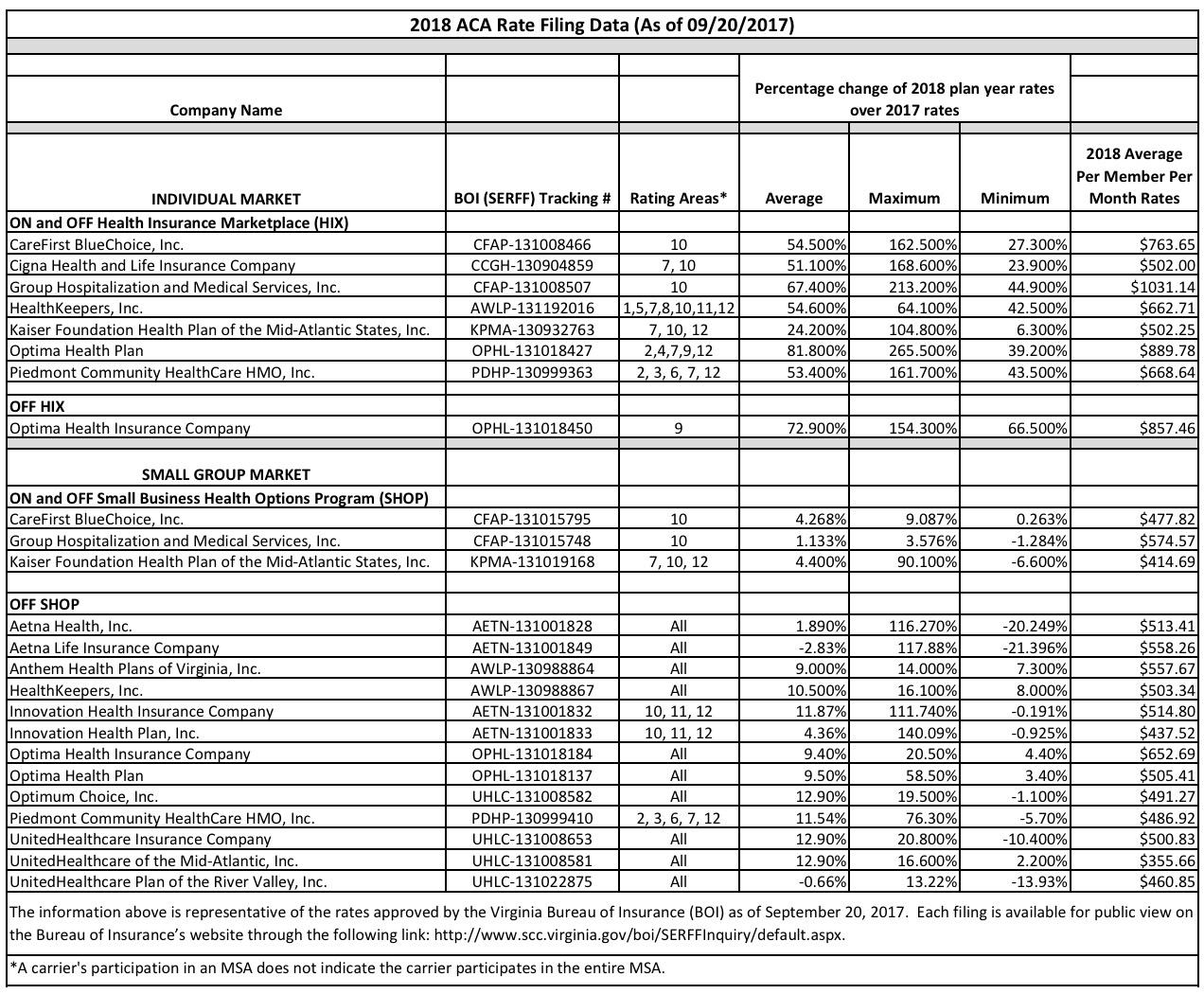