The good news is that Wisconsin has one of the most robust and competitive exchange markets in the country. The bad news is that, contrary to popular opinion, "competition" doesn't by itself magically lower prices, at least not by enough. Both Anthem and Molina are leaving the ACA exchange (although Anthem is technically sticking around off-exchange), but there's over a dozen other carriers still duking it out.

According to the 11 carriers I have enrollment numbers for, the statewide average rate increase being requested is around 20.8% assuming CSR payments are made; using the Kaiser Family Foundation estimates, that translates into roughly 32.4% assuming they aren't made. Unfortunately, I can't seem to dig up the enrollment data for four carriers: Aspirus, Compcare, Wisconsin Physician Service and WPS (I think the last two are actually subsidiaries fo the same company). Wisconsin's total individual market should be roughly 280,000 people, and when you add up all the numbers I have (including Anthem/Molina) it only comes to around 180,000, so there appear to be roughly 100,000 enrollees missing among those 4 carriers, or over 35%. 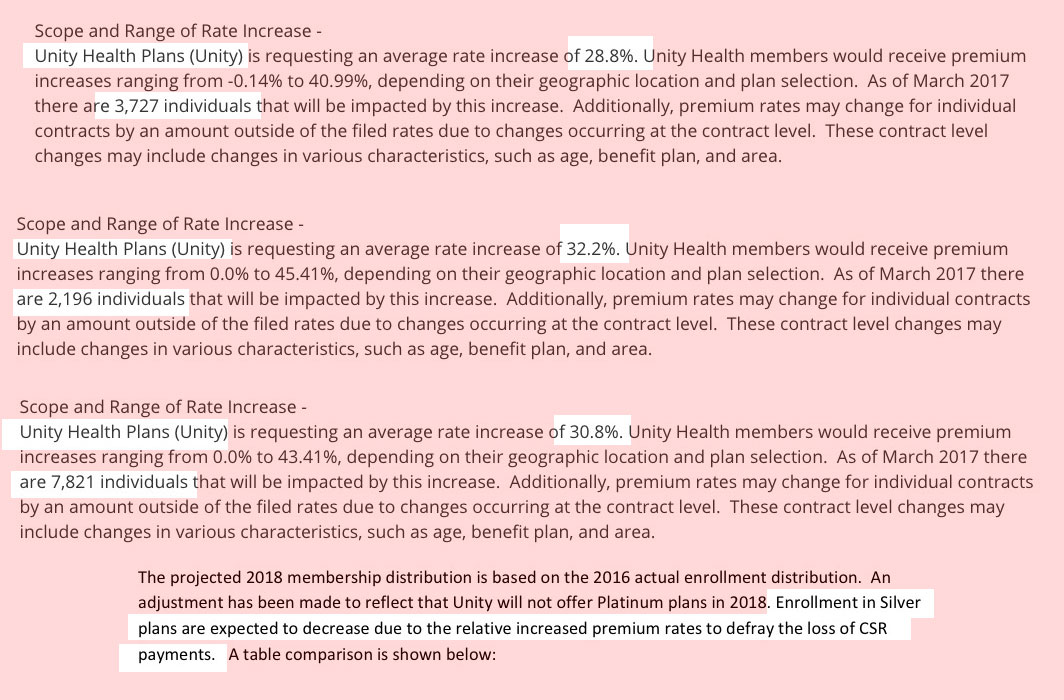 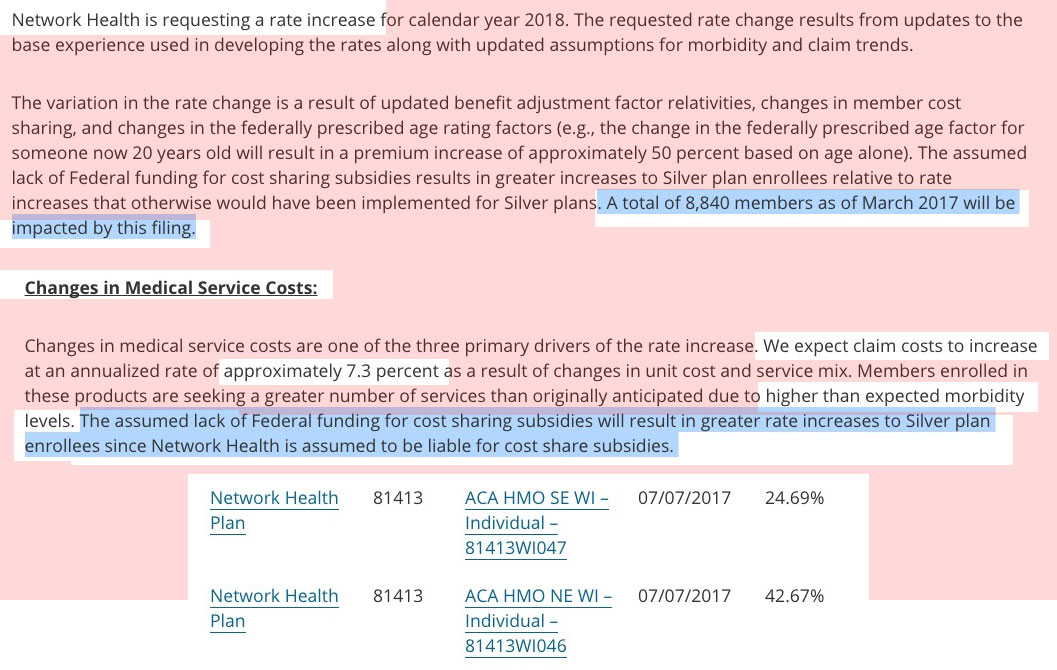