UPDATE: As I've been warning for months, at least one of VA's carriers has openly stated that perhaps 40% of their requested rate hike is due specifically to concerns about the Trump administration & the GOP's ongoing sowing of confusion and outright sabotage of the ACA and the individual market.

A couple of weeks ago I noted that Virginia is one of the first states to post their initial premium rate hike filings. At the time, they hadn't posted the actual filings but at least listed the insurance carriers which were planning on participating in the individual and small group markets next year, both on and off the ACA exchange:

Shortly after that, however, Aetna announced that they're dropping out of the Virginia ACA exchange. According to Dan Mangan of CNBC, they "will not sell Obamacare plans in Virginia" which suggests that they're dropping off the entire individual market in VA, both on and off exchange. The best estimate I have of how many indy market enrollees Aetna has in VA is from last year's filing, when they had around 61,000 effectuated off-exchange enrollees. I'm assuming that number is somewhat higher today, since it would include on-exchange enrollees as well, but that's the best I can do for now. In addition, it appears that, as M E notes in the comments, "Innovation Health" is apparently owned by Aetna anyway, and in fact that's the only listing for 2017 over at RateReview.HealthCare.Gov:

That leaves 8 carriers (but 9 filings...Optima has separate ones for HMOs and PPOs). There's some important caveats to keep in mind: 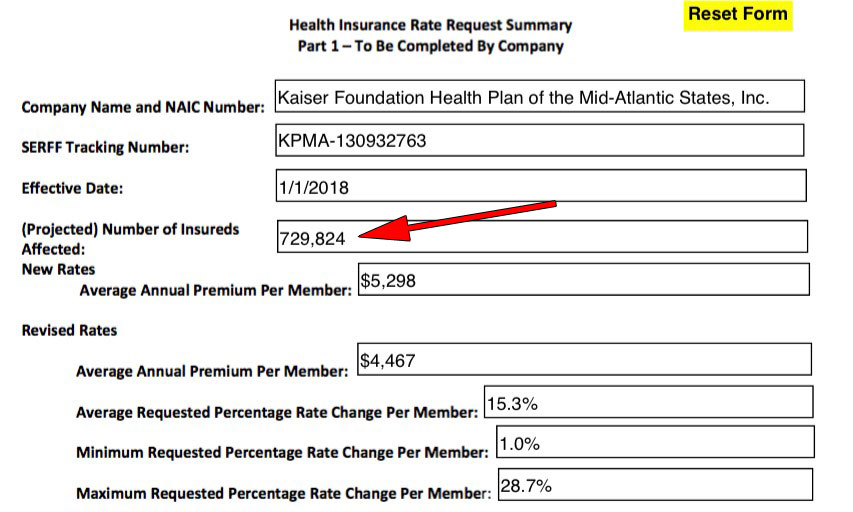 OK, so it was easy to correct that error (60,818 covered lives makes far more sense), but it also means...what if there are other major errors in the filing forms?

This concern was made worse by Piedmont's filing. Their covered lives number seems right (5,798)...but look at their "Average Annual Premium per Member" of only $492.60?? Remember, this is the unsubsidized price. I find it hard to believe this is the annual total...either there's a missing number or this is the monthly average premium. 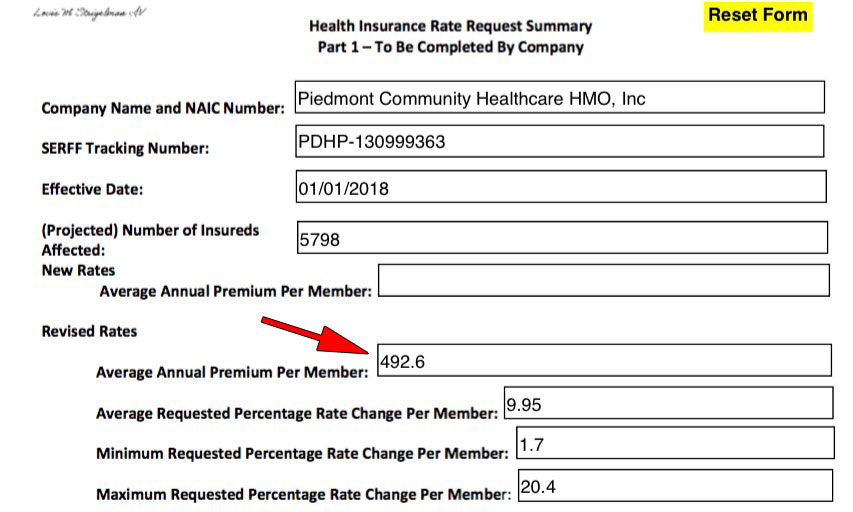 In any event, assuming all of the numbers below are accurate and that I'm not missing any major data points, it looks to me as though Virginia insurance carriers are initially requesting an unsubsidized, full-price, weighted average rate hike of roughly 30.6% on the individual market.

I've also compiled the small group market rate hike requests for Virginia. I can't seem to find either CareFirst Blue Choice or Kaiser Permanents, so the final weighted average may be different than that shown below, but this is what I've been able to put together so far. 10.5% is actually a bit higher than is typical for the small group market, although it's still obviously well below the individual market requests. 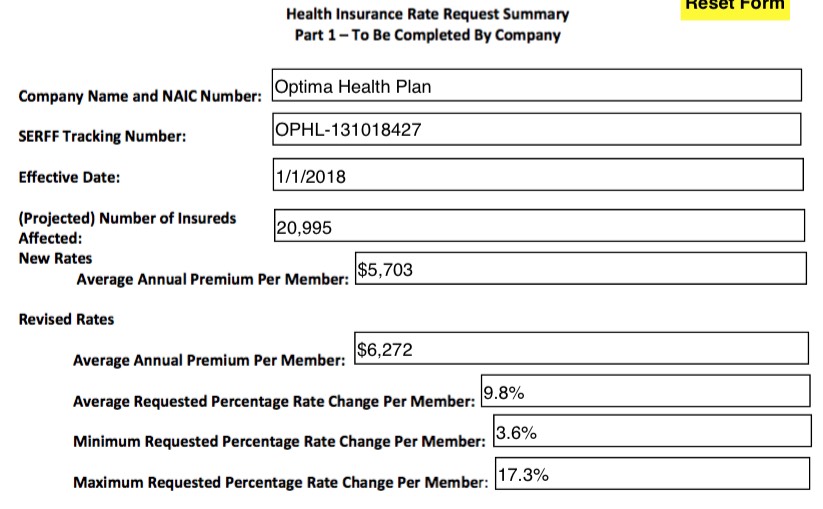 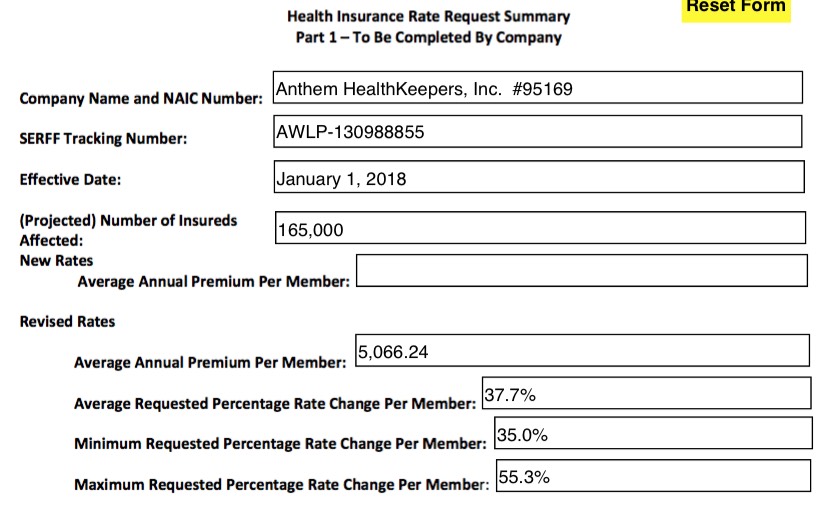 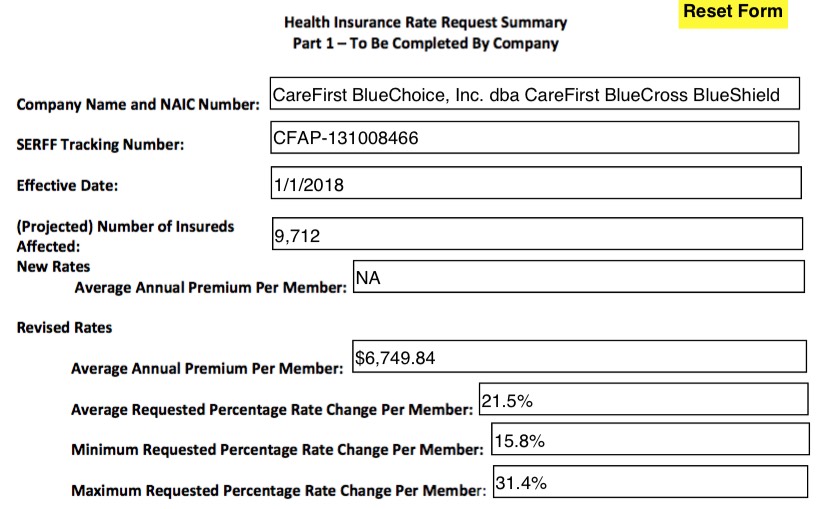 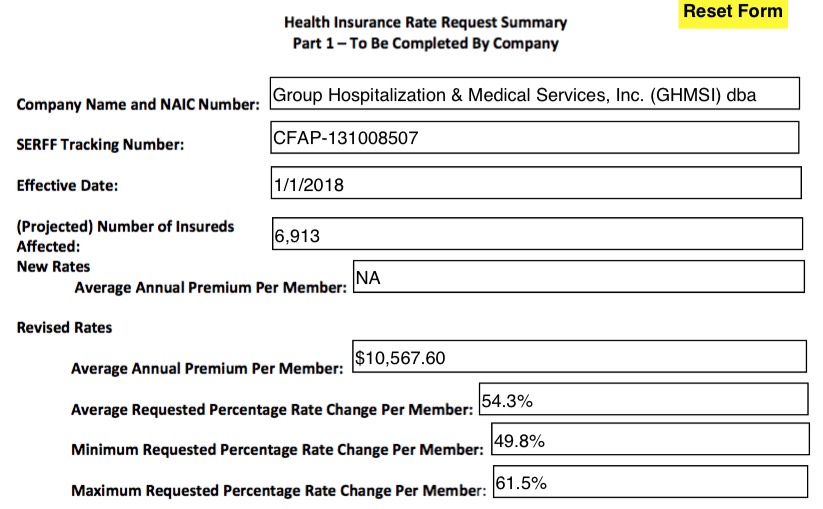 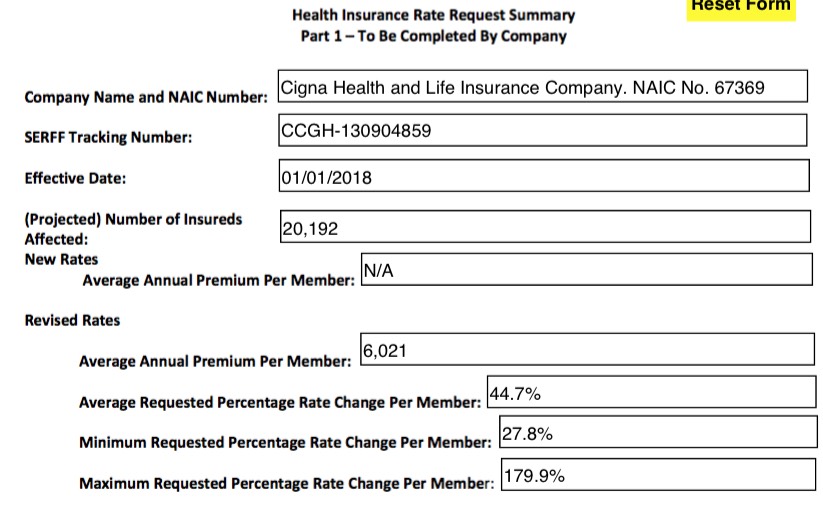 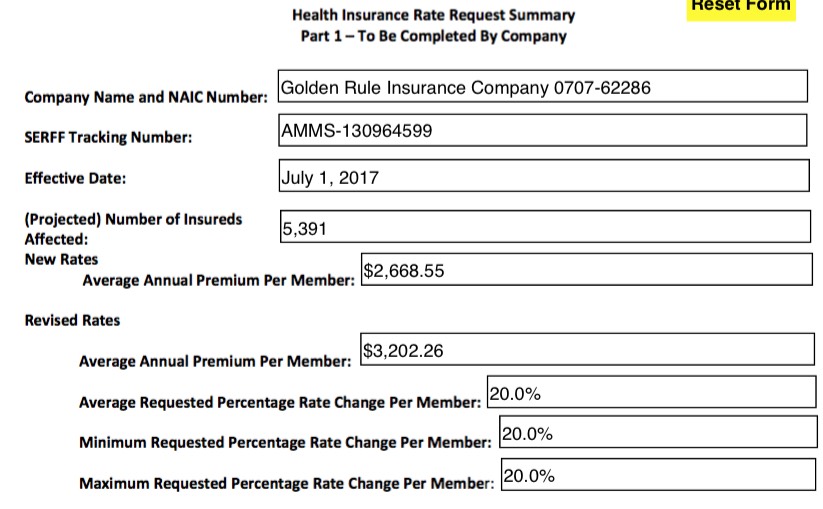 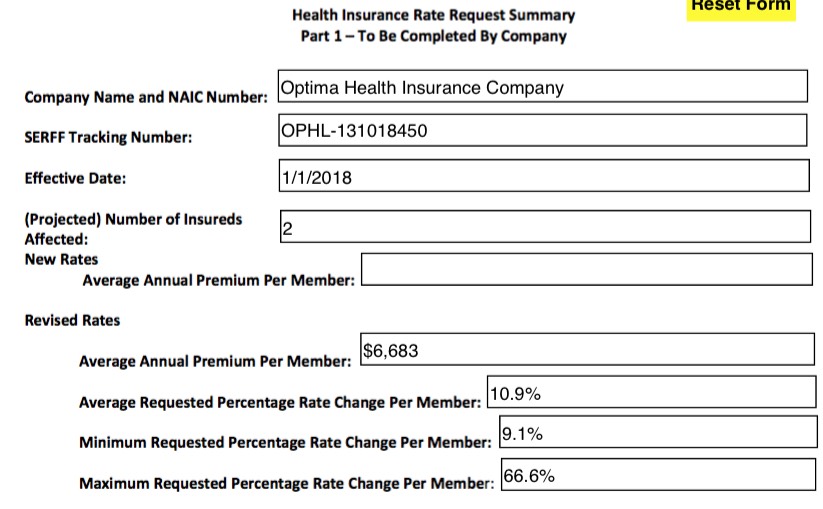