Making this even more confusing is the official December 2016 Medicaid Enrollment Report. According to it, HIP 2.0 enrollment was actually 424,046 people as of the end of December.

My read on this is that 424,000 is the correct figure to use: 350K newly covered, plus another 74,000 transferred over from the old program. With that in mind, here's the County and Congressional District breakouts for those who would likely lose coverage if the ACA were to be fully repealed without a replacement plan in place:

UPDATE: OK, I've confirmed that various Indiana state agencies have been using the 424,000 figure re. HIP 2.0, so it sounds like that's the correct number to use after all. 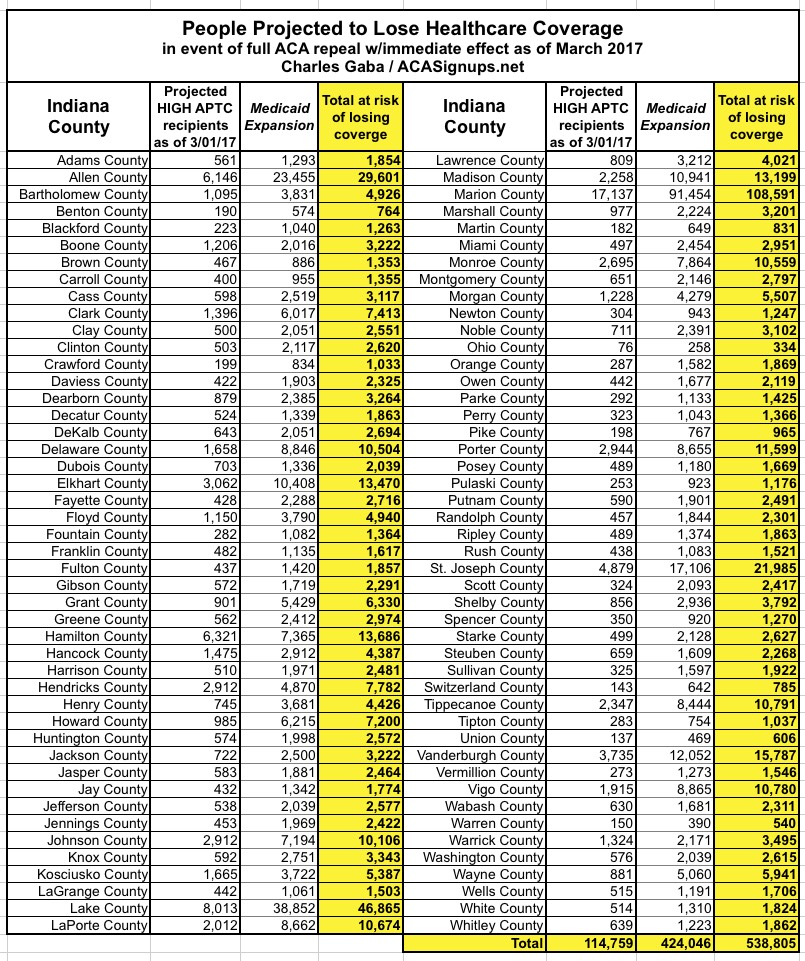 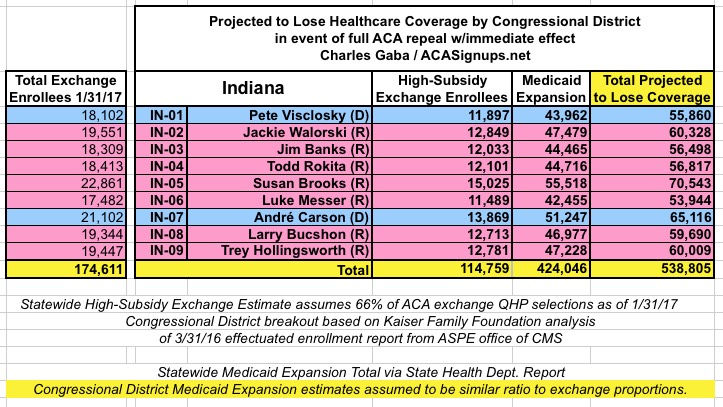