Georgia: Here's the ~377,000 residents who could lose coverage, by county

In the case of Georgia, assuming 567,000 people enroll in exchange policies by the end of January, I estimate around 396,000 of them would be forced off of their policy upon an immediate-effect full ACA repeal.

(Note: Going forward, I'm not going to bother including the full-detail spreadsheet; if you're really interested in seeing the exact methodology, use Florida's entry as an example). 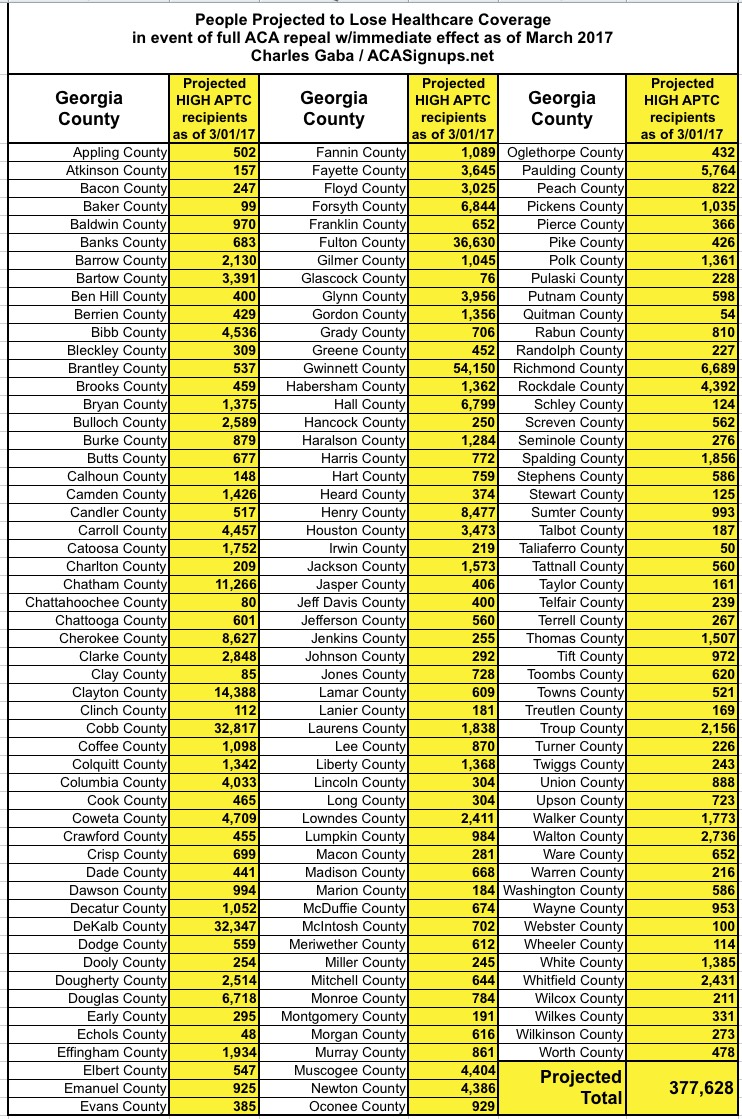