Nothing's been repealed (yet), and you still have 13 days to sign up for coverage.

OK. We're past the "mini-deadline" for February 1st coverage in 47 states (+DC). New York has extended their Feb. coverage deadline out until Wednesday (1/18), while Massachusetts, Rhode Island and Washington State are taking enrollments through next Monday (1/23).

The real "final" deadline to sign up for 2017 healthcare coverage is Tuesday, January 31st. Anyone who signs up between the dates above and the 31st will be enrolled in a policy starting coverage on March 1st.

After that, under the ACA, the only ones who are supposed to be able to sign up for 2017 coverage are people who qualify for:

If my estimates are correct, there should have been a small "mini-surge" over the weekend for yesterday's February coverage deadline. I've confirmed 11.7 million QHP selections to date, but estimate that the actual total as of last night is right around 11.9 million. It should quietly creep over the 12 million mark sometime this week.

And then...Donald Trump is inaugurated, putting us very much into the red, so to speak. Feel free to use that as a metaphor for Total Republican Control, Total Russian Control, or Severe Danger (or all three, if you wish).

How will this impact the final, January 31st QHP selection total? Well, I've already dropped my projection from 13.8 million down to 13.3 million. It's possible that current push to repeal the ACA by the Republican Party, combined with Donald Trump actually taking office may cause a total enrollment collapse over the final 11 days...or it could cause a massive, panic scramble to sign up...or anywhere in between.

CMS is supposed to be issuing a final "biweekly snapshot" report on Wednesday, which will bring the HC.gov numbers up to date through Saturday (1/14), which I expect to come in at around 9.13 million, a mere 370,000 people more than they had on New Year's Eve. After that...things get murky.

In short, while my official projection is still somewhere in the 13.3 million range, it could really end up anywhere between, say, 12.0 - 13.5 million at this point. 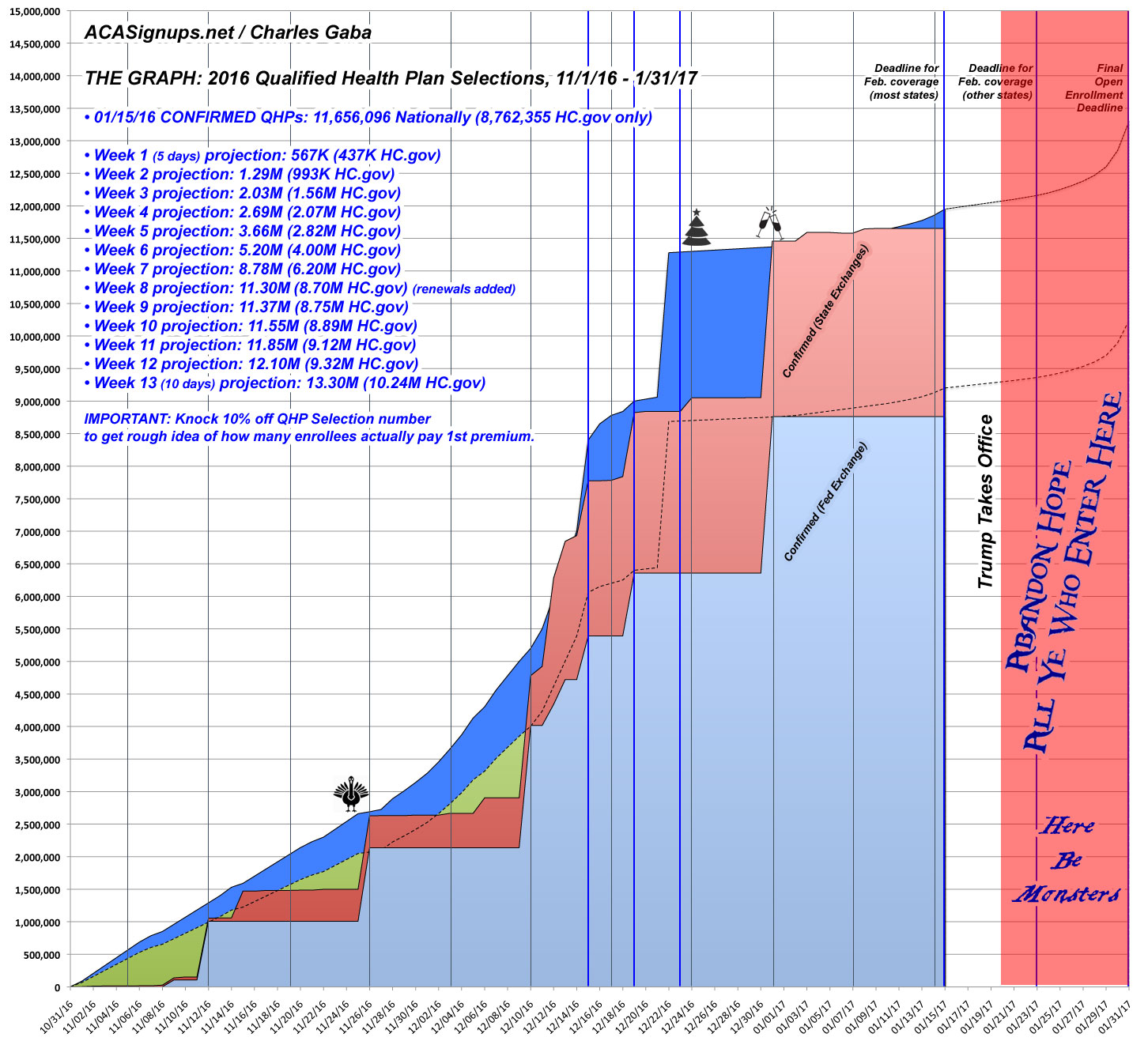