As recently as 11/26/16, enrollments on both the federal and most state exchanges was either pacing or somewhat ahead of my projections, with no "Trump Factor" to speak of. I won't know for sure whether this is still the case until the HC.gov Week 5-6 Snapshot report is released, which likely won't be until next Wednesday. 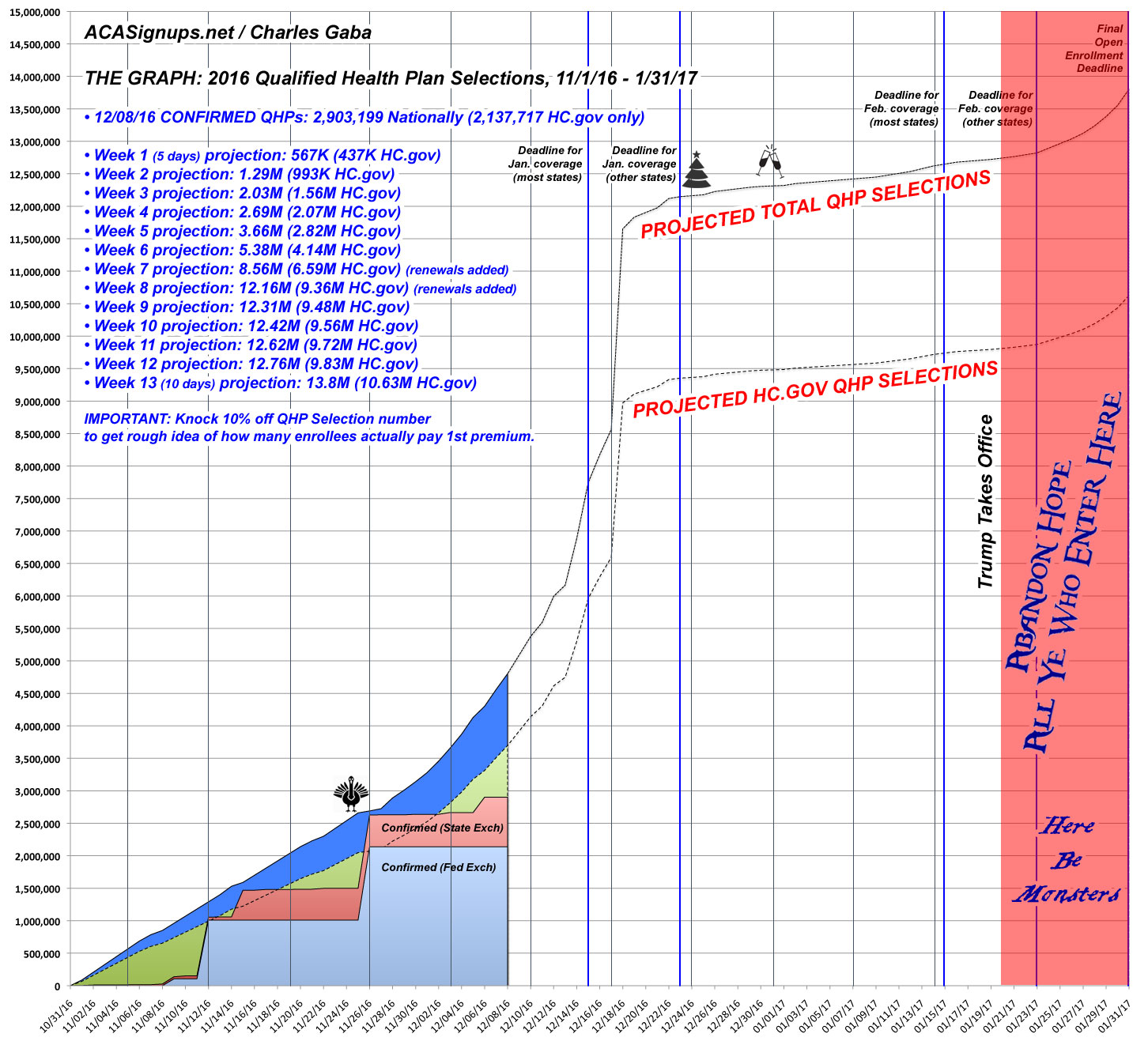