(sigh) OK, with three states still missing, you just knew I wouldn't rest until I was able to fill in the missing pieces of the puzzle. Sometime today, the HHS Dept. finally entered the approved rate hikes for individual makret carriers in two of those states: New Hampshire and Virginia. Louisiana is still AWOL for whatever reason.

It's important to note that sometimes the "Final Rate Increase" percentages listed at RateReview.HealthCare.Gov dont' actually end up matching the approved rate hikes found in the official SERFF databases or even at the state's Dept. of Insurance website. Normally I cross-check all three to make sure nothing weird is going on, but given that it's well past time to move on, I'm relying purely on the RateReview numbers for these states.

With that in mind, here's what it looks like in each:

Not much to see with three of the four carriers, but Minuteman Health is quite an eye-opener. Their original request was a bit above 30% (it's a rough averge, since they spread it across 6 different plan filings), but the approved increases (again, according to RR.HC.gov) are a mere 6.4%.

Not only is it rare to see an increase reduction of this magnitued this year, it's even more noteworthy since Minuteman Health also happens to be one of the few remaining ACA-created Co-Ops. Not sure what's going on here, but it's welcome news for NH residents. 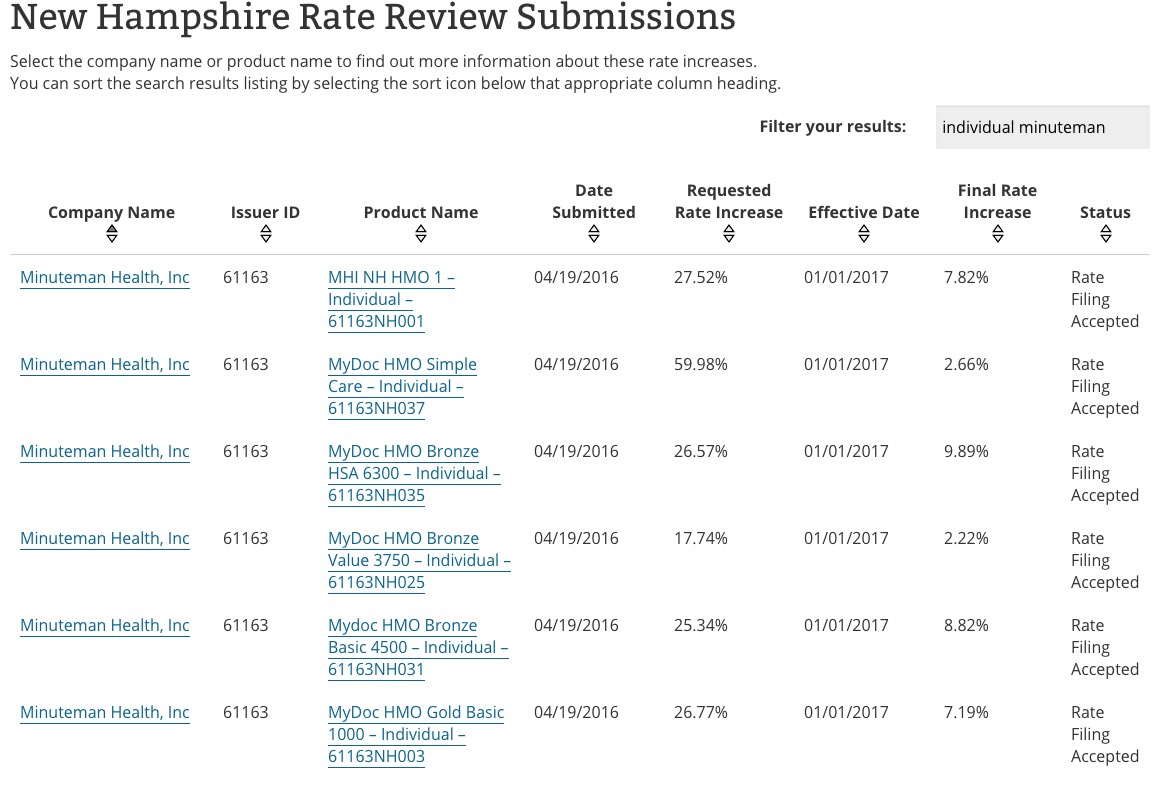 Virginia, on the other hand, is less interesting:

Several carriers did see decent increase reductions in VA as well, but the overall effect is far less dramatic: From 18.4% to 16.4%.

I'll still keep checking to see if the HHS Dept. folks ever get around to plugging in Louisiana, but in the meantime, I have 49 out of 50 states (+DC) accounted for.