Right on top of Pennsylvania, the Michigan Dept. of Insurance has issued their final approvals for 2017 individual and small group market rate increases. As has been pretty typical this year, the final approved rates aren't all that different from what was requested; a little nip/tuck here and there, and the 17.2% average requested has been slightly trimmed to 16.7% approved for the indy market. Meanwhile, the small group average is barely noticeable: 2.6% requested, 2.5% approved. Unlike most states, the MI DOI has already done most of the heavy lifting for me, so I don't even have to use my own spreadsheet to calculate the weighted average.

Compared with some other states like Oklahoma, Arizona, Tennessee and Minnesota, Michigan's indy/exchange market is actually pretty stable. No one dropped out this year (although HAP and Priority Health did​ drop their PPOs, following a national trend), they have over a dozen carriers participating in various areas of the state, and in a sign of how unpleasant things are elsewhere, that 16.7% average increase is actually well below the national average this year: 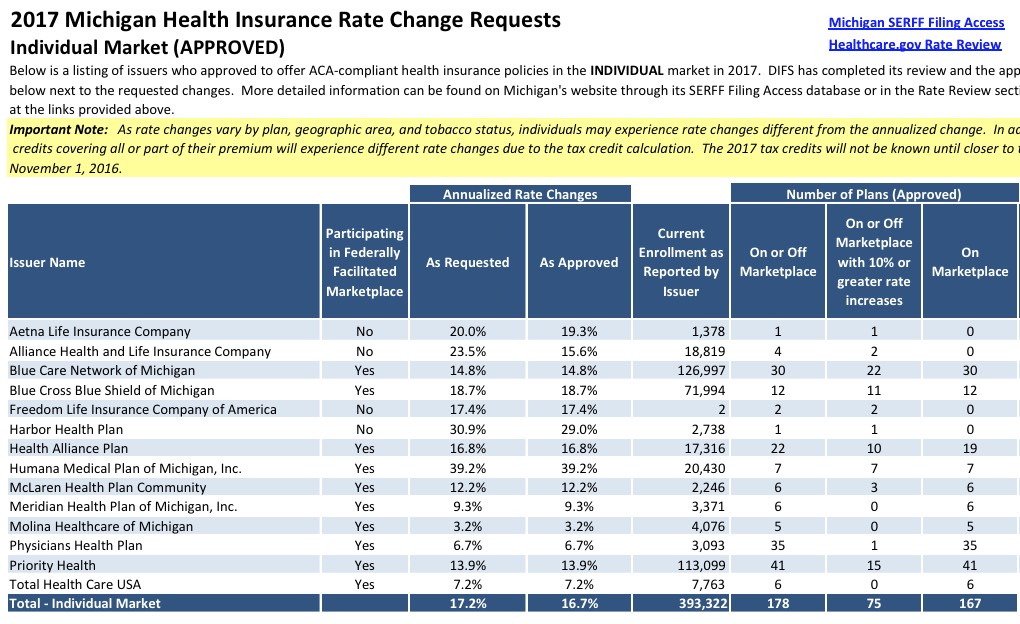 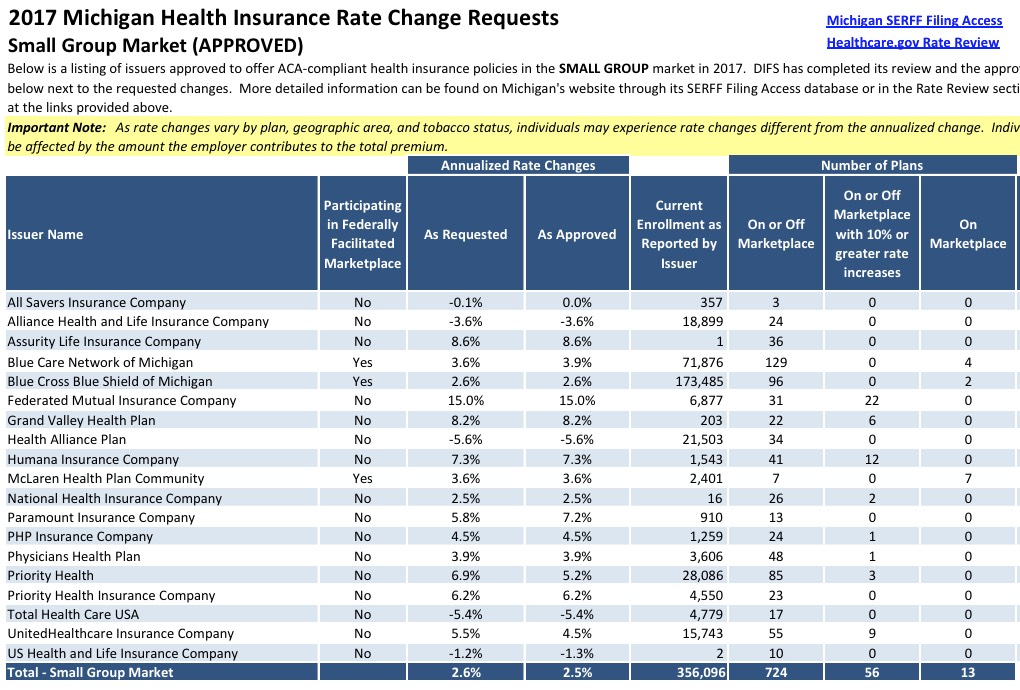