...On Monday, the state’s exchange, Access Health CT, released a statement from its CEO, Jim Wadleigh, and Lt. Gov. Nancy Wyman stating they’d received a letter from ConnectiCare announcing its intent to exit the exchange.

...ConnectiCare’s initial decision to leave the exchange followed a lawsuit filed by the company against the state over the recently approved insurance rates for 2017.

ConnectiCare, which insures 47,597 people through the exchange, originally requested a hike of 14.3 percent for such plans. In June, the company changed its request to a 17.4 percent increase, then changed it again in August, asking for a 27.1 percent increase

The state ultimately approved an increase of 17.4 percent.

It sounds like 17.4% is where things stand with the dust settled.

Meanwhile, this article from CT News Junkie fills in the other approved rate gaps I had for Connecticut's individual and small group markets. With the confusion hopefully out of the way, this should be the final word on the CT markets for 2017: 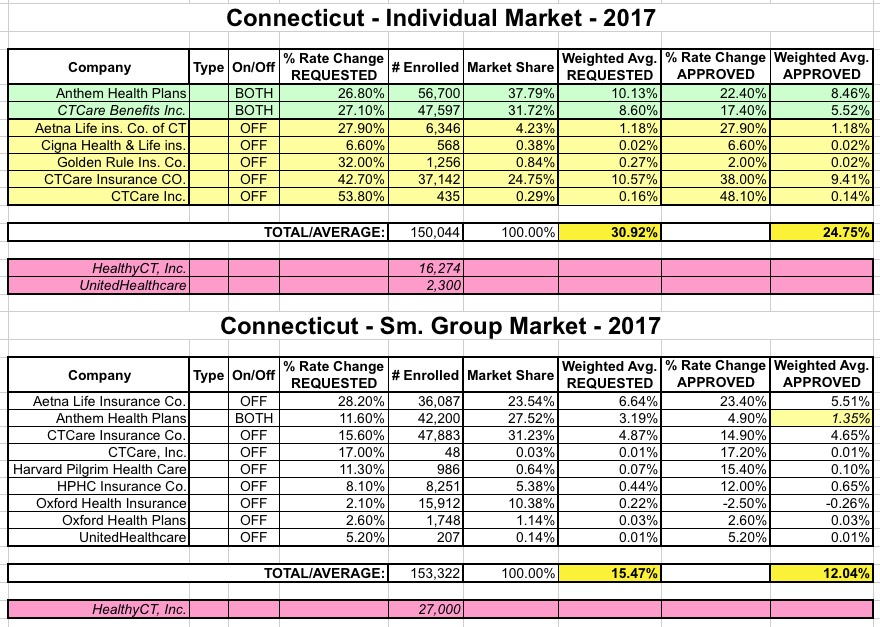