UPDATE: Holy Smokes. Jonathan Cohn & Jeff Young have a hell of a scoop re. Aetna

(Updated to add Jeffrey Young to the headline/body...I missed his name on the byline originally, apologies to him!)

Ever since Aetna dropped the bombshell 10 days ago that they were abandoning their previously-announced intention of expanding into additional state ACA exchanges next year and instead might even drop out of some of the states they're already participating in, plenty of people have smelled something fishy about the timing of the 180º turn, given that the original expansion announcement came in mid-May, followed by the Dept. of Justice annoucing that they were suing Aetna to prevent them from merging with Humana in July.

These suspicions became even stronger when Aetna made good on their change of heart two days ago, officially dropping out of 11 of the 15 states they're currently offering on-exchange plans in:

There were those who pooh-poohed such conspiracy theories, of course...

"Aetna's CEO said they were pulling out due to accelerating losses. Aetna lost $200 million in 3 months between April 2016 and June 2016 compared to a $230 million loss during the 27 month period between January 2014 and March 2016. That second quarter loss wouldn't have been known back in May when Aetna planned to remain in the exchanges. http://www.nytimes.com/2016/08...

You don't think he had a pretty good idea of how the 2nd quarter was going at that point? Just because they didn't report Q2 numbers until July, I'm pretty sure the CEO knew at least how April had gone and had a fairly good grasp on how May and June would play out.

"I'm sure he had an inkling but why would you put "inklings" into quarterly financial reports."

My point is that he had to have a general idea that the 2nd Q was likely to be pretty bad back in May.

"Maybe, of course losses in Q2 almost matched total losses in the previous nine quarters so I doubt he expected it to go that poorly. Besides, why would the CEO circulate things in public if they're still staffing different courses of action. That's like asking companies to put their internal deliberations in the public sphere."

...and, to be fair, until about 6 hours ago, there was no direct evidence to prove that Aetna's change of heart was connected to the DOJ's merger opposition.

At around 1:50am, however, Jonathan Cohn & Jeff Young of the Huffington Post cleared this question up about as clearly and directly as possible:

Cohn & Young deserve total credit for this scoop; read the whole story, including the full letter itself, over at Huffington Post.

The entire letter is worth a read, but Cohn/Young included the key parts:

[I]f the deal were challenged and/or blocked we would need to take immediate actions to mitigate public exchange and ACA small group losses. Specifically, if the DOJ sues to enjoin the transaction, we will immediately take action to reduce our 2017 exchange footprint .... [I]nstead of expanding to 20 states next year, we would reduce our presence to no more than 10 states .… [I]t is very likely that we would need to leave the public exchange business entirely and plan for additional business efficiencies should our deal ultimately be blocked. By contrast, if the deal proceeds without the diverted time and energy associated with litigation, we would explore how to devote a portion of the additional synergies ... to supporting even more public exchange coverage over the next few years.

Well. There you have it.

UPDATE: Richard Mayhew over at Balloon Juice has a nice additional little scoop which ties in with this revelation:

Someone has already speculated that Aetna might have only been available off-exchange in Pennsylvania last year, but nope...they were definitely available on the exchange. Here's the relevant screenshot from the Data.HealthCare.Gov carrier database for 2015: 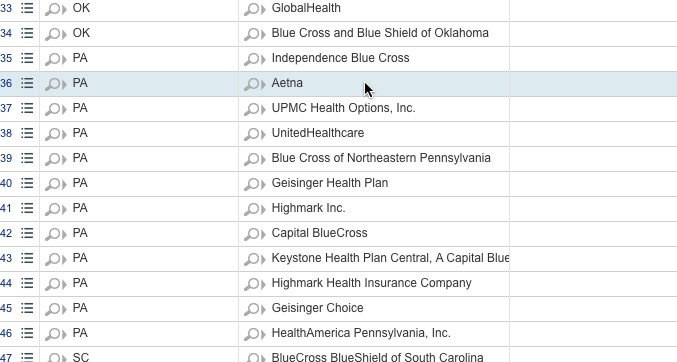 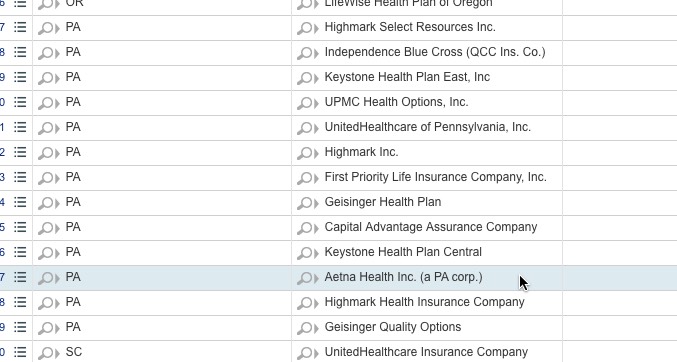 The Data.HC.Gov site only lists carriers participating on the federal exchange that year, so off-exchange only carriers aren't included.

Now, it's possible that Aetna made the profit on off-exchange policies only in Pennsylvania last year, while losing money on their on-exchange enrollees. However, if that was the case, why did they only request a 5.6% average rate hike on their individual plans for this year? I don't mean what was approved by state regulators, I mean the rate filing initially submitted by the company itself?

UPDATE: Per Mayhew's suggestion, I also looked up Aetna's 2015 filing for 2016, and sure enough, they made a profit in Pennsylvania in 2014 and 2015 and were certainly expecting to continue to do so in 2016 and 2017. Yet they're including Pennsylvania among the 11 states they're pulling out of. Why? 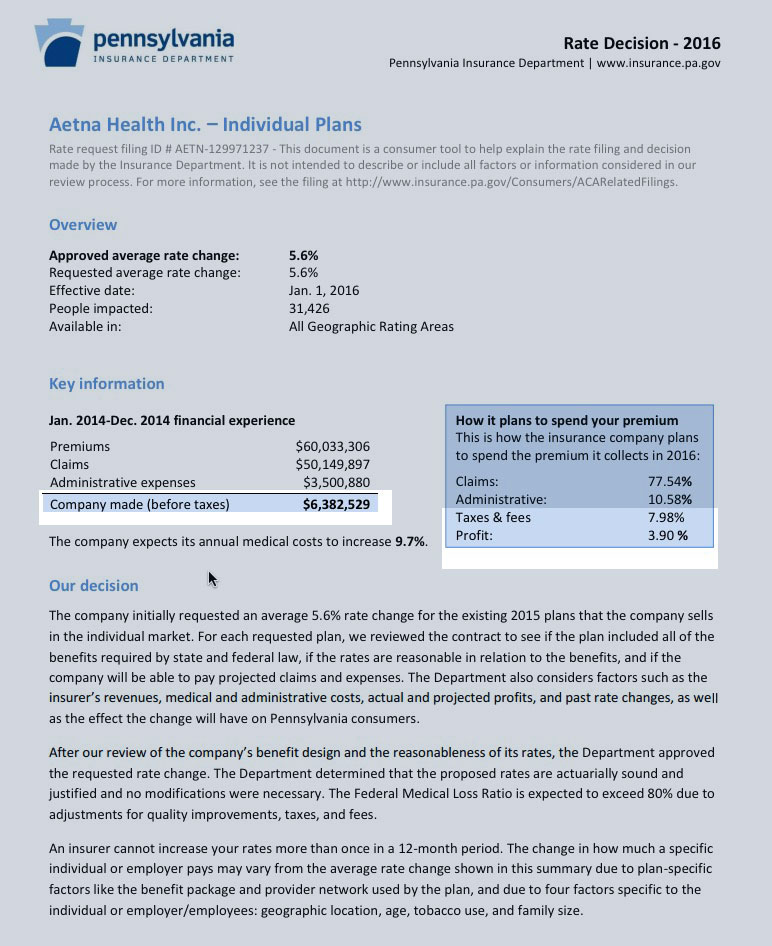