Illinois: What the hell was Land of Lincoln management (or IL DOI?) thinking LAST year?

Likely stupid question here, but if they were doing this bad financially that they couldn't even make it though all of 2016, then how come when requesting their 2016 rates last year they (apparently) asked for less than a 10% bump?

I presume he's referring to my 2016 Average Requested Rate Hike post, where I noted that Land of Lincoln was among the Illinois carriers asking for average individual market rate hikes of "less than 10%". As you'll recall, last year the HHS Dept. only publicly announced requested rate hikes over 10%; if they were under 10%, RateReview.HealthCare.Gov didn't bother listing them at all. I called them out on this at the time, pointing out that this would make it look as though every carrier was asking for double-digit rate hikes...and to their credit, they saw the error of this policy and changed it for 2017. RR.HC.Gov now lists all requested rate changes whether over 10%, under 10% or even reductions.

Anyway, at the time, I didn't know what LoL had requested...just that it was below 10%. Once the approved 2016 rates were posted, however, RR.HC.Gov posted all of the carrier changes...including both requests and approvals. Guess what? 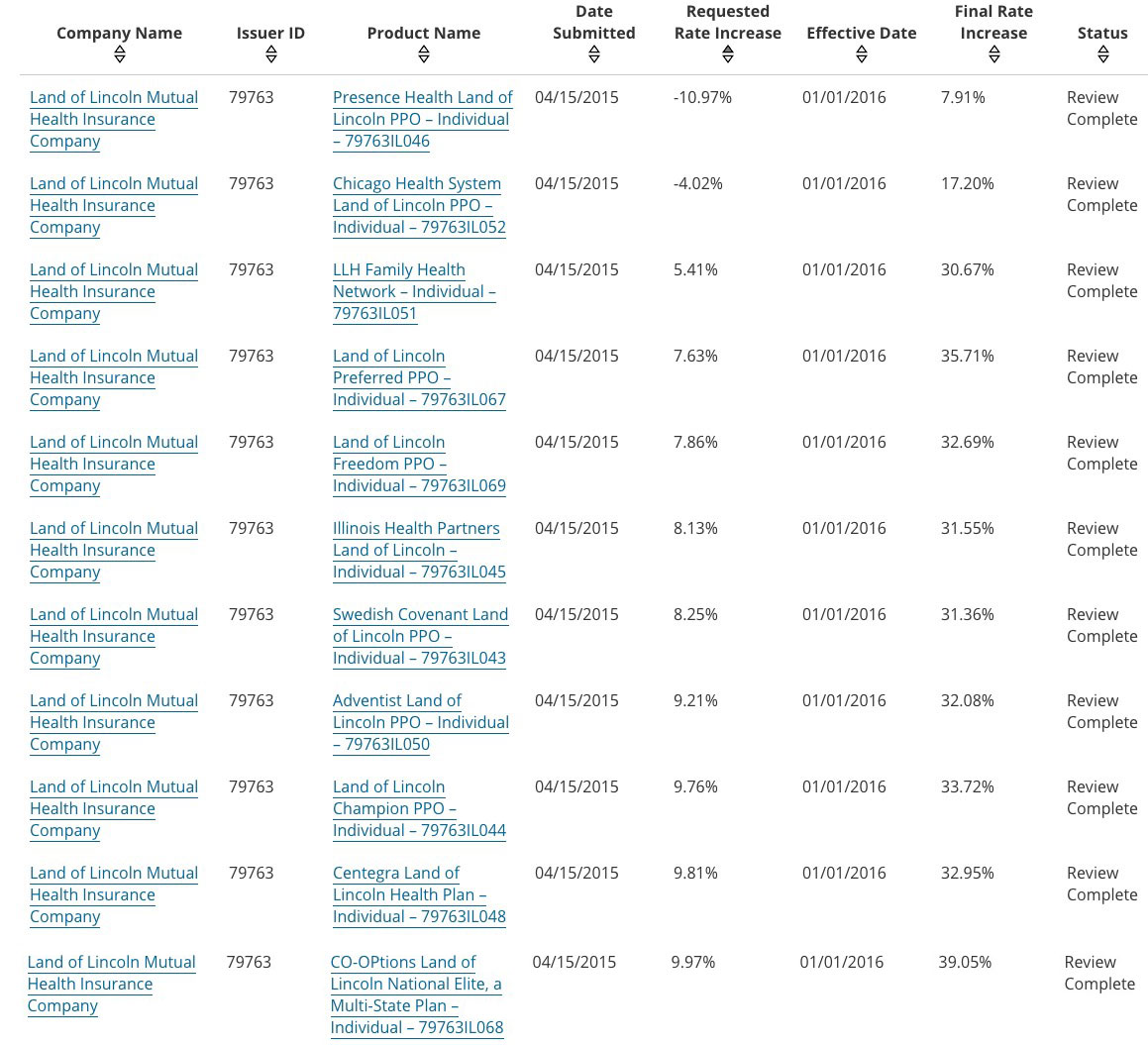 In case you're having trouble reading this, last year, Land of Lincoln requested rate changes ranging from an 11% drop to just under a 10% increase.

The regulators approved rate increases ranging from 7.9% to a whopping 39%.

Obviously somebody severely misjudged the situation.

Now, since LoL went belly-up mid-year regardless, obviously even those massive rate hikes weren't enough to save them, so the question is, what would have happened if LoL had gotten their nominal increases as requested?

Well, they obviously would have gotten more enrollees, which means more premium revenue, that's for sure...but those enrollees would have been even more likely to rack up expensive treatments. Remember that they were already losing money on their existing enrollees; a nominal increase in revenue wouldn't have been nearly enough to resolve that issue. Doubling your market share doesn't do you any good if you're losing money on that market.