When you include the 22,000 people enrolled in Ohio's now-defunct InHealth Co-Op who'll have to shop around, I've accounted for around 200,000 on the Ohio individual market. Ohio's indy market was roughly 380,000 as of 2014, and has likely grown to around 475,000 by now (244,000 enrolled via the ACA exchange this year, and that doesn't include off-exchange enrollees), so there's obviously a lot of people unaccounted for here. Many of the missing enrollees are likely signed up via UnitedHealthcare, which is leaving the Ohio market (as well as Buckeye). Unfortunately, I don't know how many people are enrolled in UnitedHealthcare plans either.

In any event, 13.1% is the maximum weighted average hike requested by Ohio carriers: 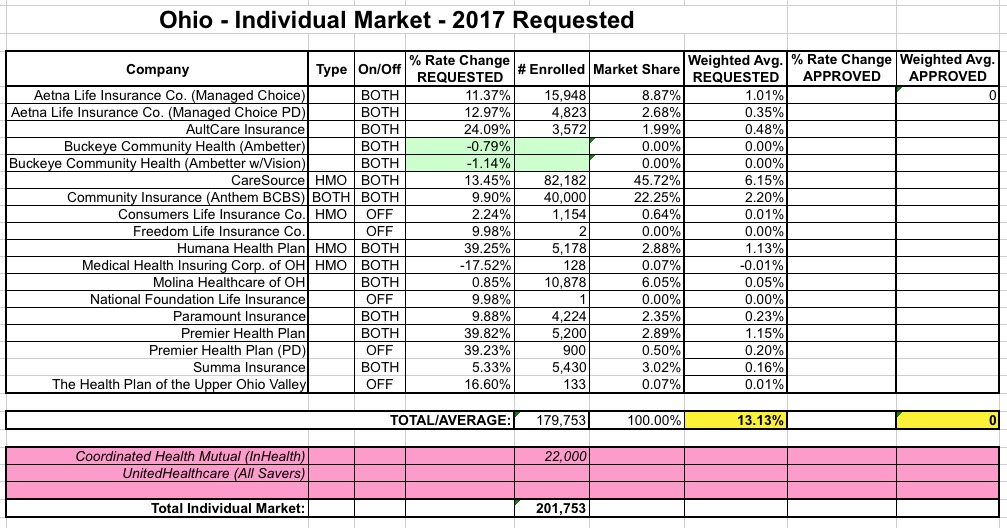 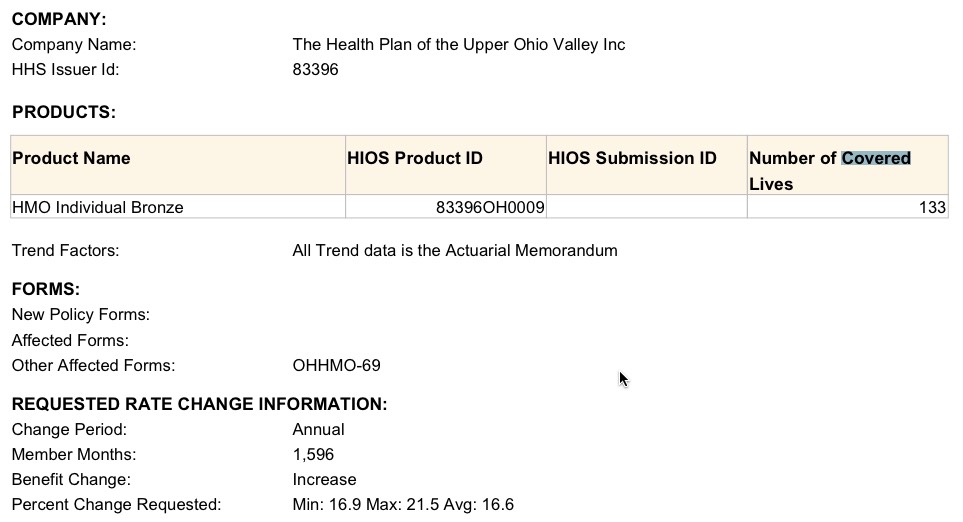 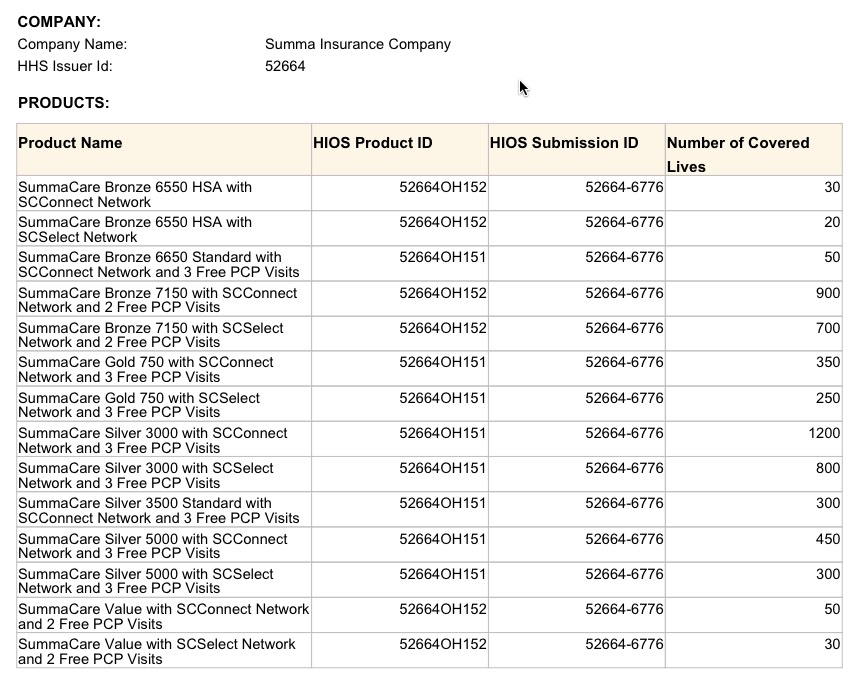 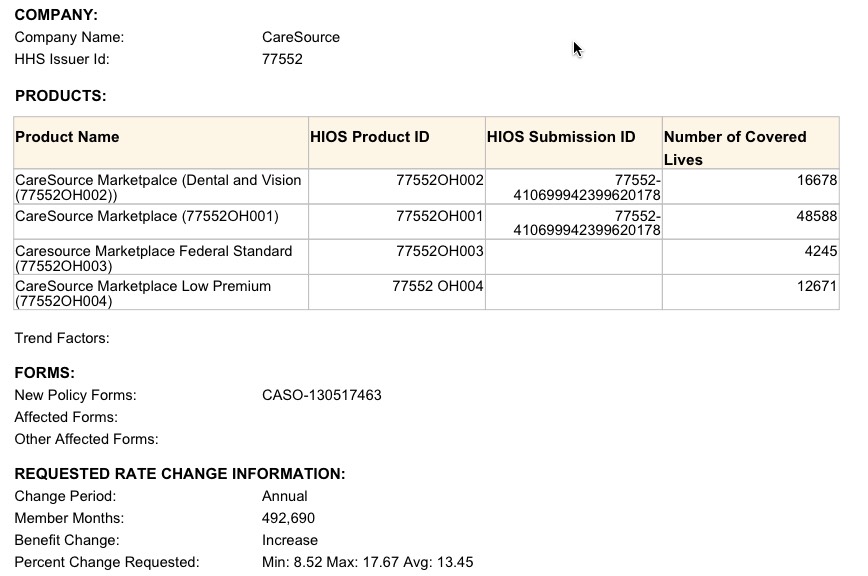