Massachusetts: Effectuated exchange QHPs up between 5% - 14% since OE3

The Massachusetts Health Connector has posted their latest monthly enrollment report, and the news is good. As I note every month:

Therefore, depending on which number you use as your starting point, their enrollment as of June 1st is up either 5%, 7.5% or 13.8% to date, and currently stands at 223,778 effectuated QHP enrollees. More interestingly, if you look at the charts below, you'll note that even when you remove the ConnectorCare plans and stick to "standard" QHPs which can only be enrolled in during open enrollment for most people, the current enrollment number is still up slightly (around 1.5% since March, and up 5.1% since February), which I actually wasn't expecting. 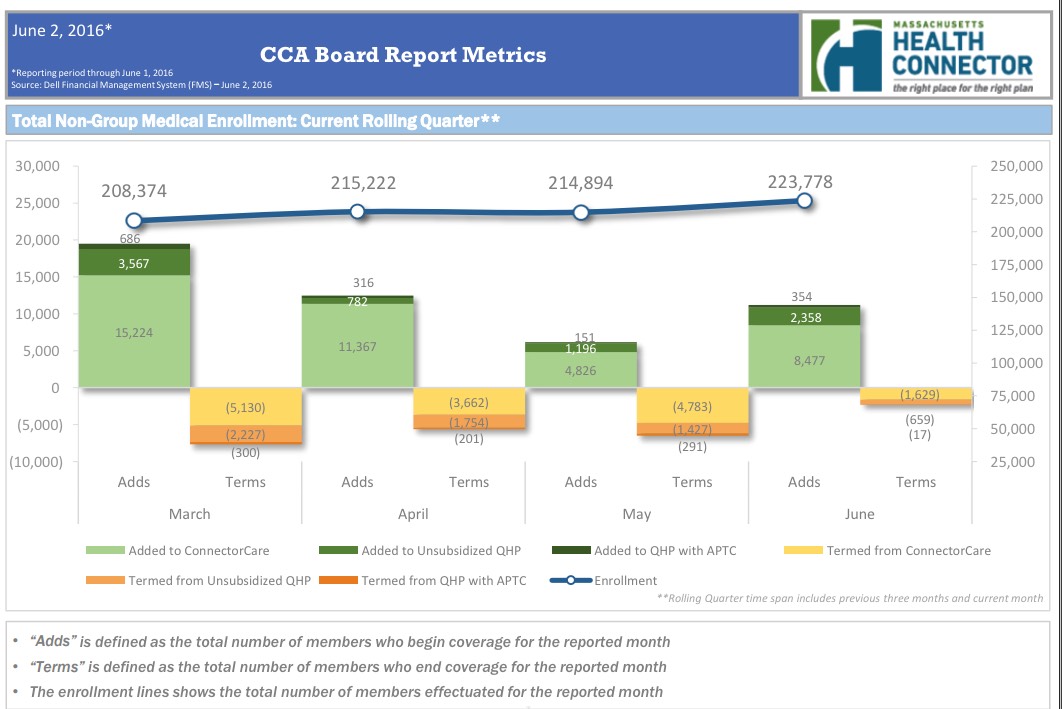 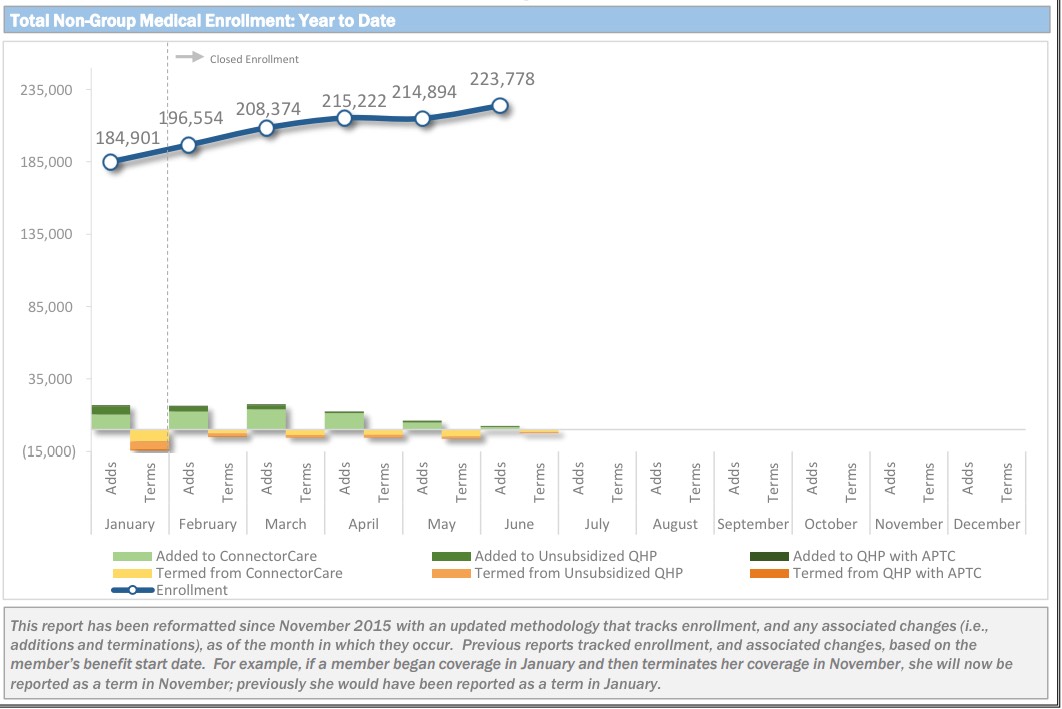 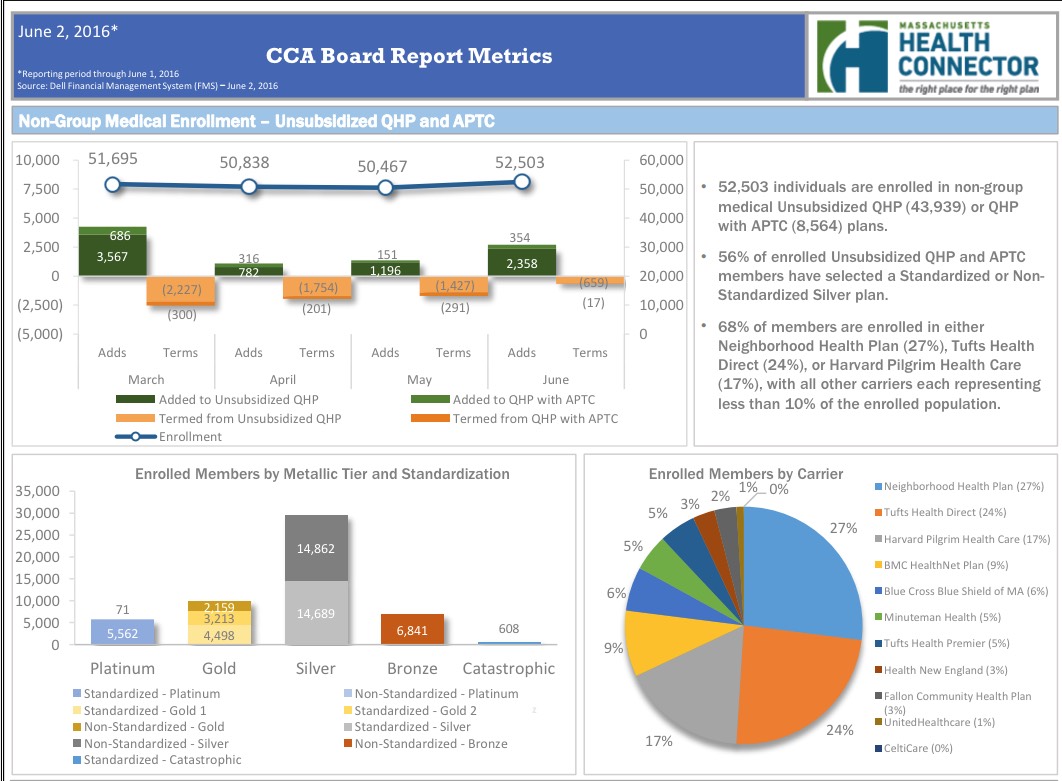 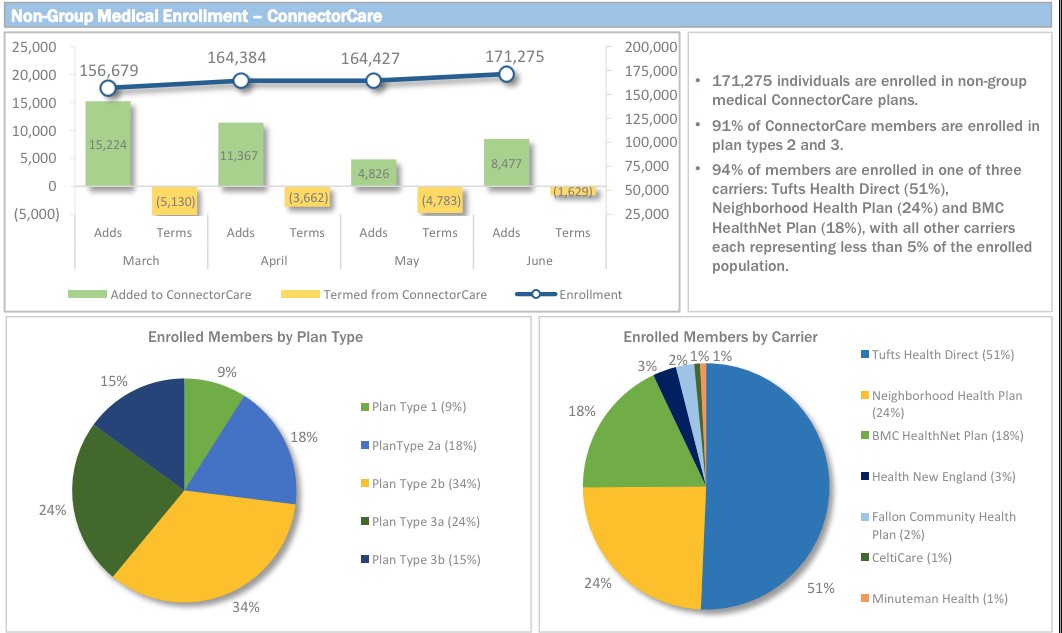 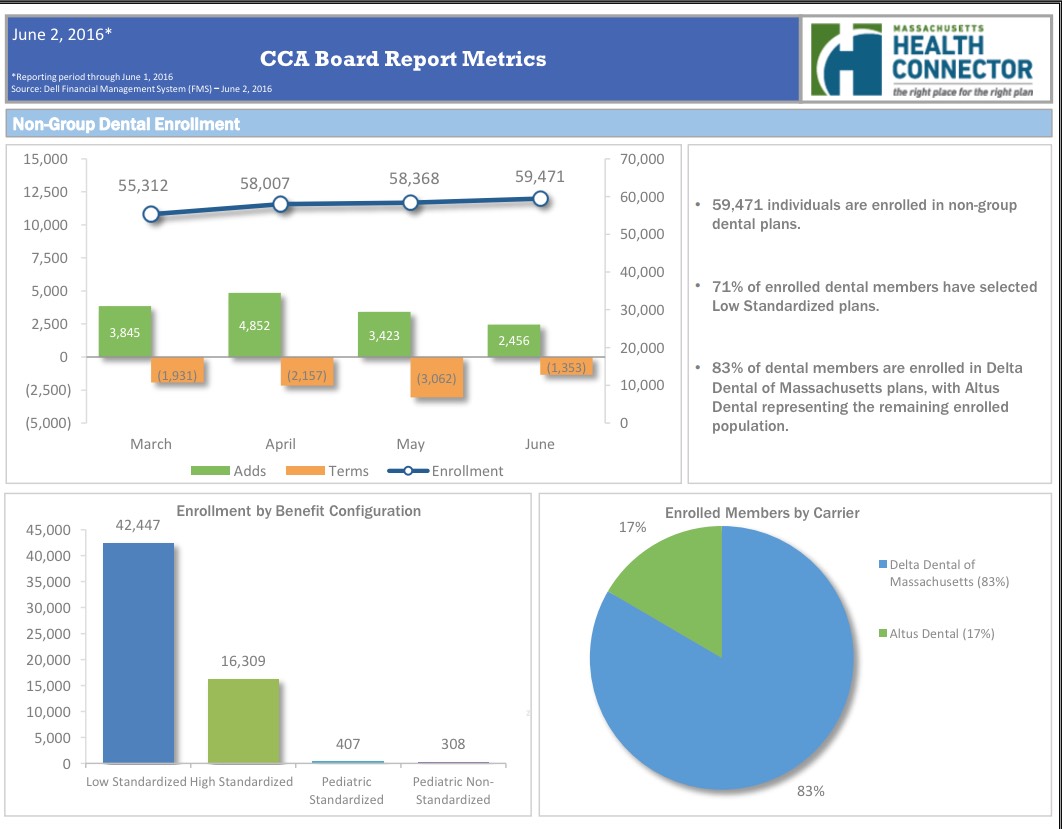 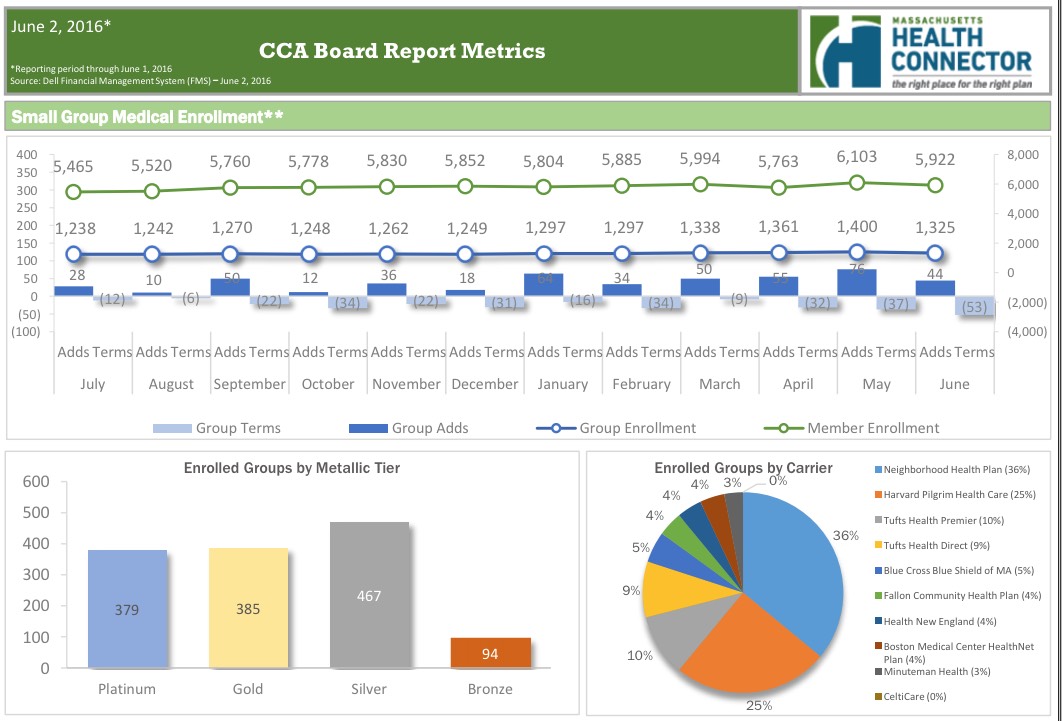 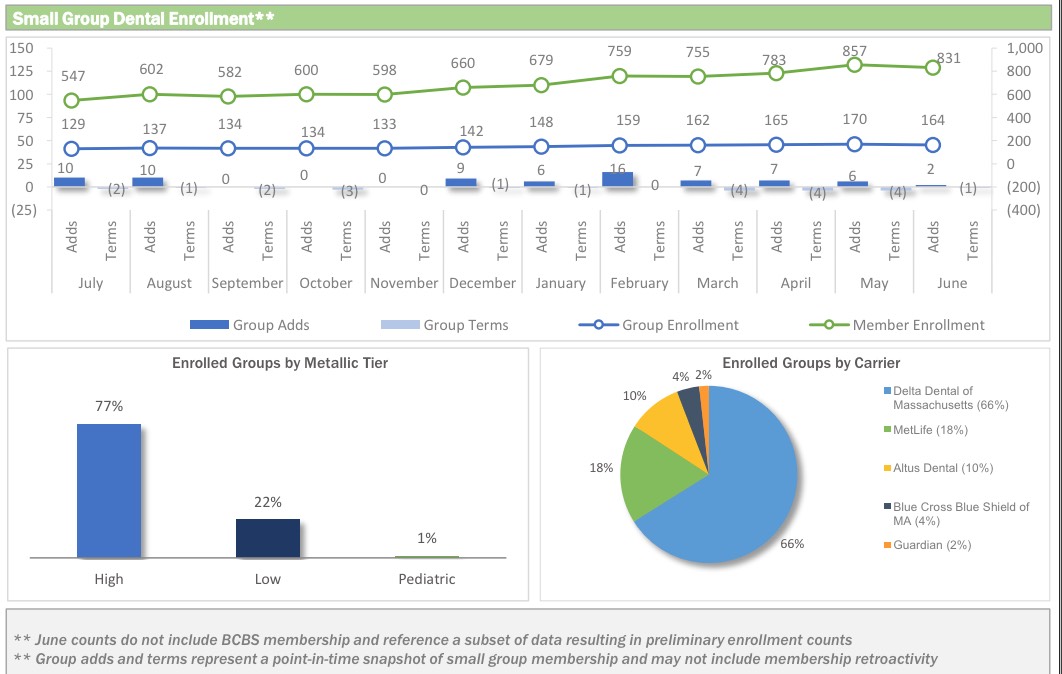