Arkansas was a little weird...while the rate filings for 5 carriers are listed over at RateReview.HealthCare.Gov, the carrier with the largest individual market share in the state, BCBS (aka "USAble Mutual") is nowhere to be seen (there's a sm. group listing for them, but not individual). However, when I went directly to the AR SERFF database, there they were--and it's listed specifically as "2017 Individual QHP Rates", so there's no question here about whether they plan on offering ACA-compliant policies in 2017.

Anyway, between the HC.gov site and the SERFF site I was able to cobble together pretty much all of Arkansas' indy market. The numbers seem about right; AR's indy market was around 303K in 2014; while it's likely up to 375K or so today, the "missing" 70K can easily be attributed to UnitedHealthcare dropping out and/or grandfathered/transitional enrollees. 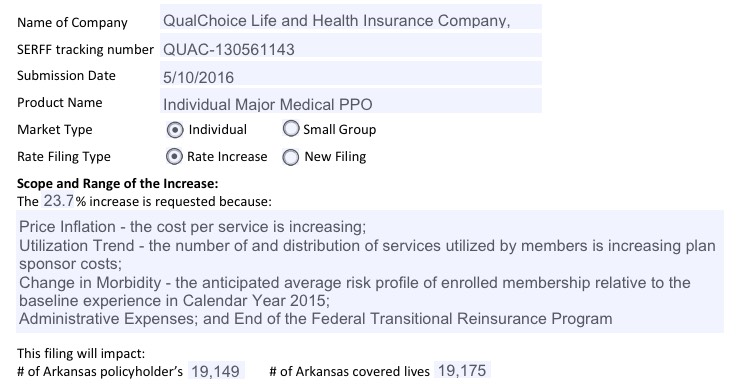 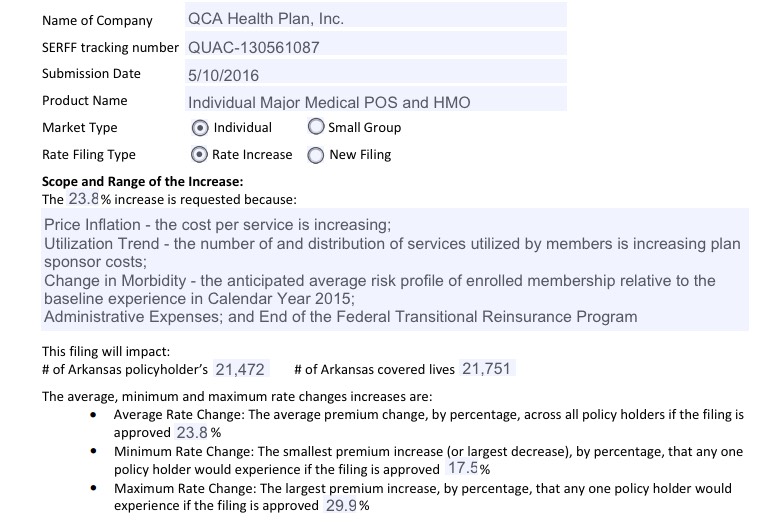 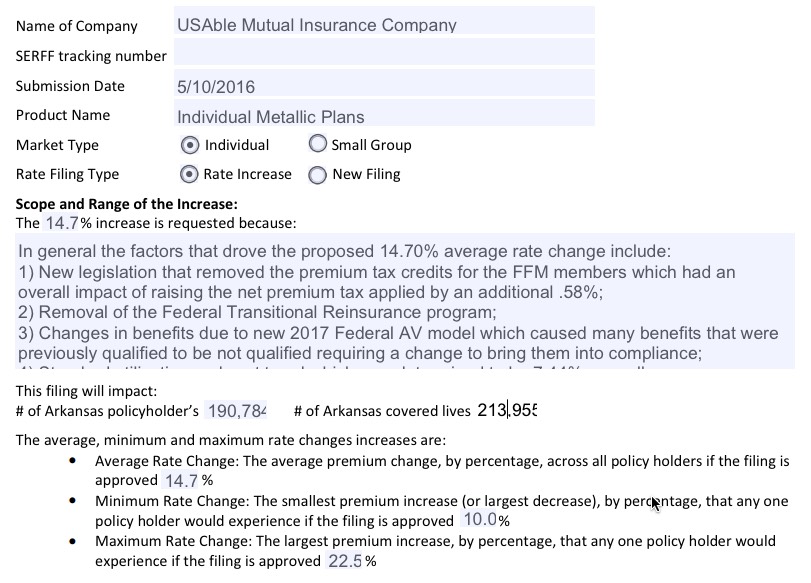