New Mexico's total individual market was roughly 70,000 people in 2014. Since then, the national individual market has grown from roughly 15.6 million to around 20 million, or a 28% increase. Assuming this is the case in New Mexico, their indy market should be up to around 90,000. They didn't allow transitional plans, and grandfatehred policies should be pretty nominal, so 90K should be about right.

In the absence of market share data for either one, I'm evenly splitting the remaining 21,000 enrollees between CHRISTUS and Presbyterian in order to come up with a rough estimate of the weighted average rate hike.

There are a lot of big assumptions here, but if I'm close, this is about what it should look like: 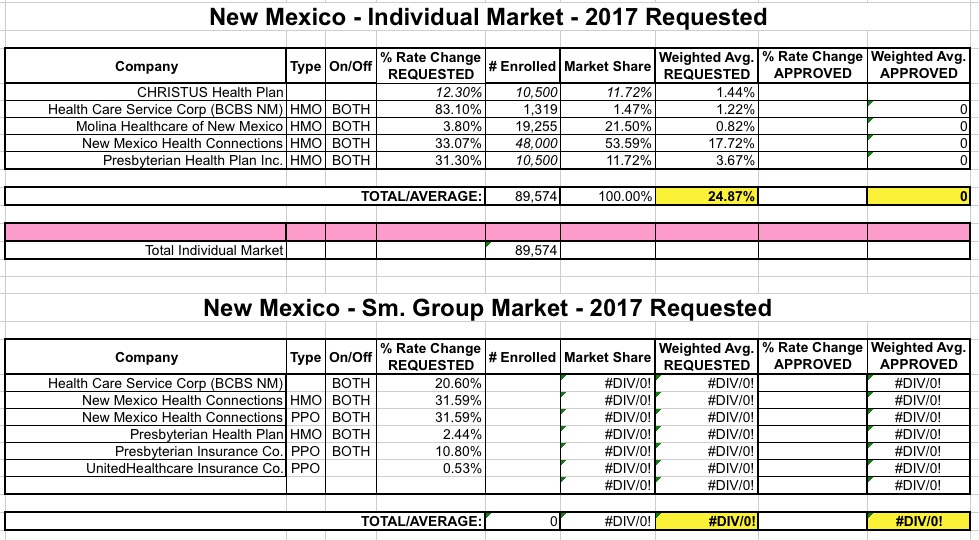 Again, lots of assumptions, but it looks like roughly a 24.9% average requested rate hike for New Mexico for 2017. I'll adjust this as appropriate as more hard data comes in for the guesswork numbers. 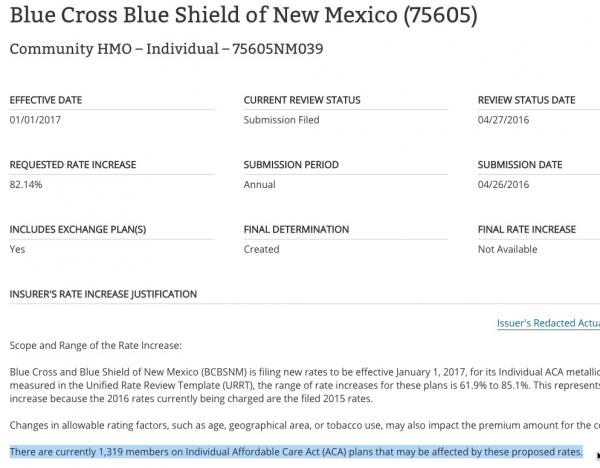