Massachusetts: Effectuated QHPs either dead even or up 9.3% since OE3

As I've noted the past few months, unlike most states, the Massachusetts Health Connector has not only seen no net attrition since the end of Open Enrollment, but has actually seen a net increase in enrollment...mainly due to their unique "ConnectorCare" policies, which are fullly Qualified Health Plans (QHPs) but have additional financial assistance for those who qualify and which are available year-round instead of being limited to the open enrollment period.

The amount of the increase depends on which "official" number you start with; the MA exchange claimed 196,554 people as of 1/31/16...while the ASPE report gives it as 213,883 as of the next day. Presumably they didn't have 17,000 people enroll in a mad rush on February 1st, so there's an odd discrepancy here, but whatever.

In any event, according to the just-released April report, effectuated QHP enrollments have finally started to drop, but only slightly. Depending on whether you go with the 197K or 214K starting point, they're either dead even as of 4/30/16 or have increased enrollment by about 9.3%: 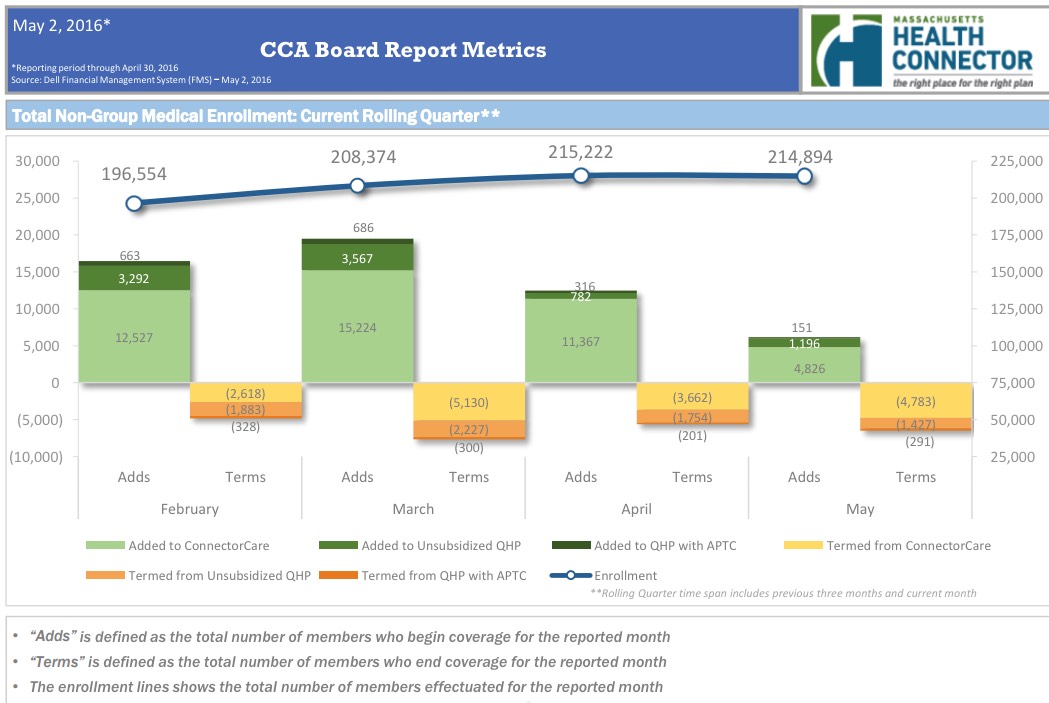 They also released the minutes from the March meeting, which included official data from the February meeting, which seems to answer my question by...splitting the difference?

Executive Director’s Report: Mr. Gutierrez began the meeting by comparing current Health Connector enrollment to enrollment last year. He stated that currently, there are approximately 208,000 members enrolled in Qualified Health Plans (QHPs), compared to 124,000 QHP enrollees at this time last year. He noted that the ConnectorCare population has nearly doubled in size in that time. He added that unsubsidized and Advance Premium Tax Credit (APTC)-only membership increased from 44,482 last year to 51,695 this year and that as of March 1, dental membership was at approximately 55,000, up from about 30,000 last year. 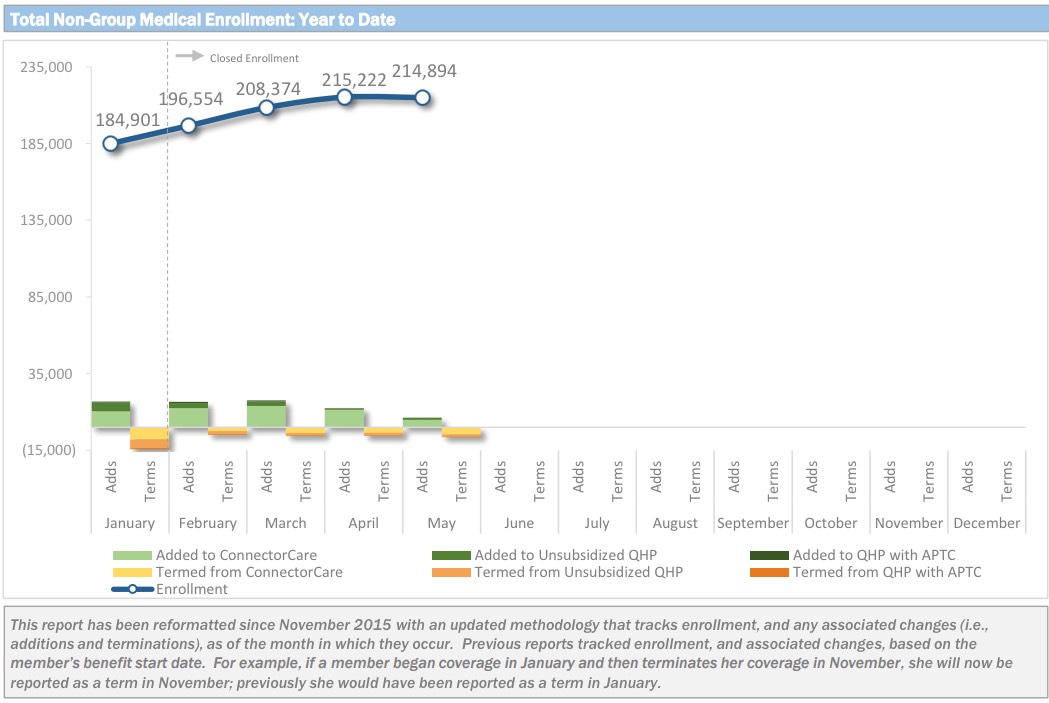 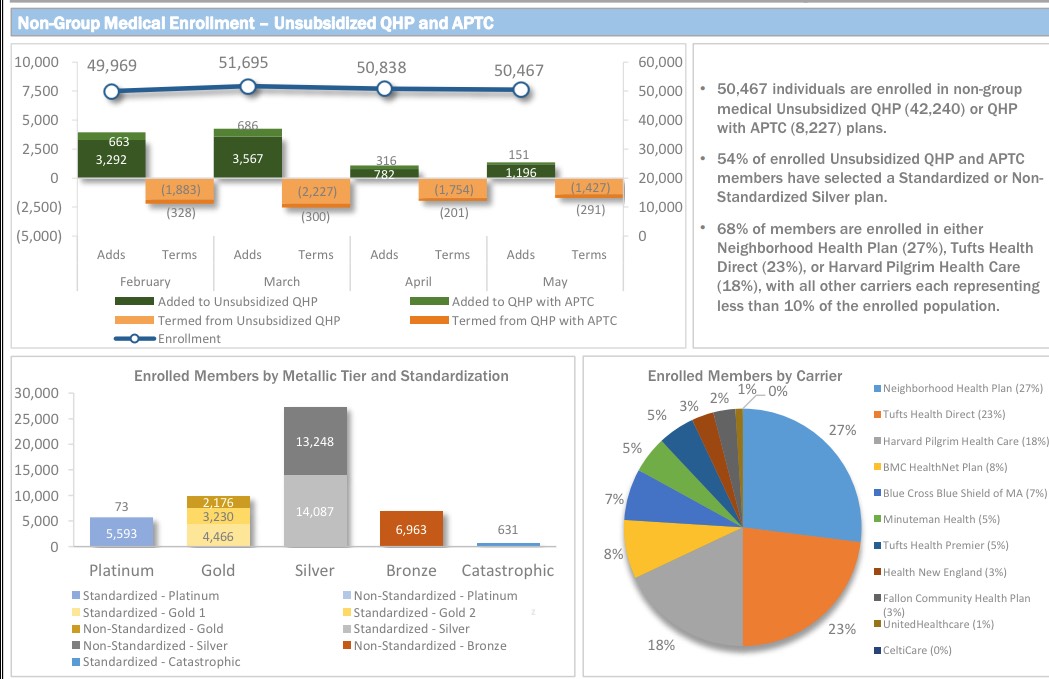 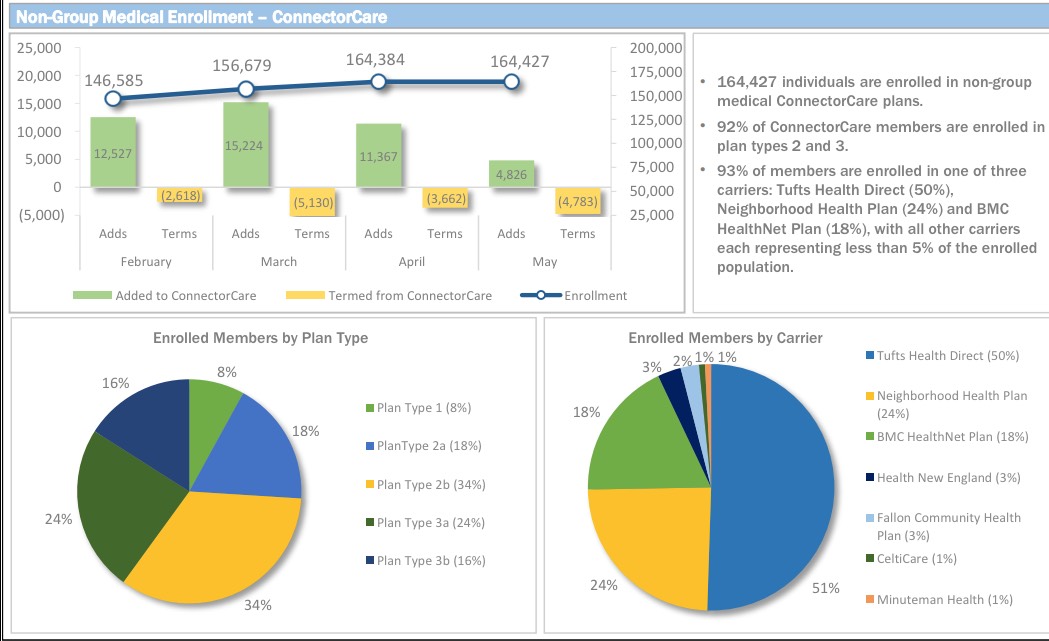 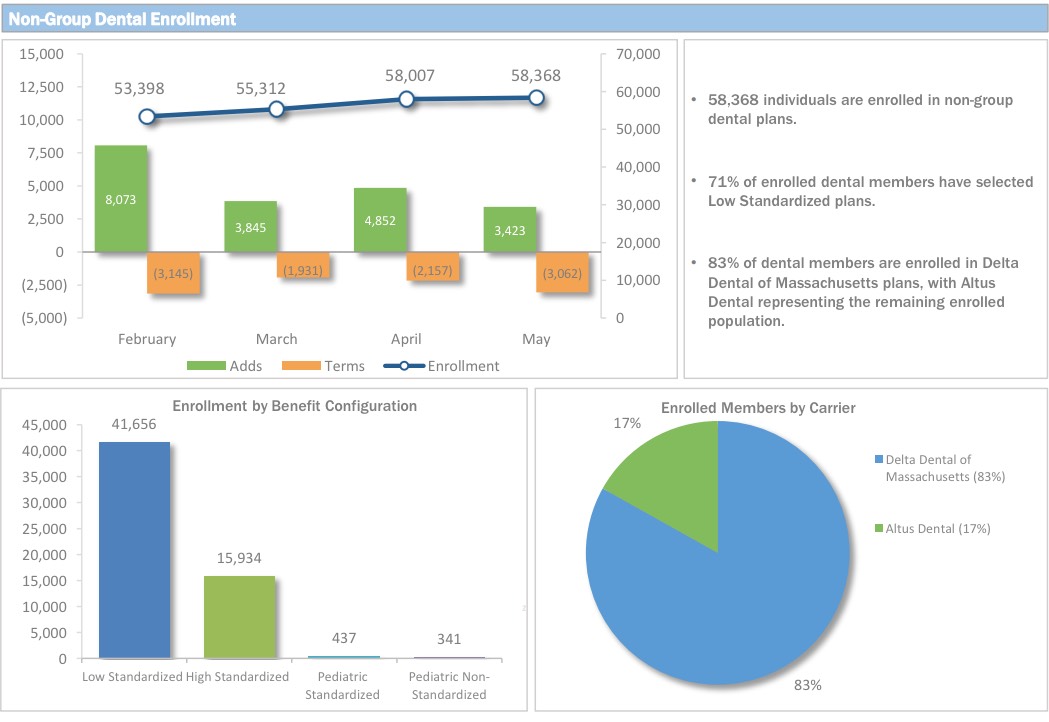 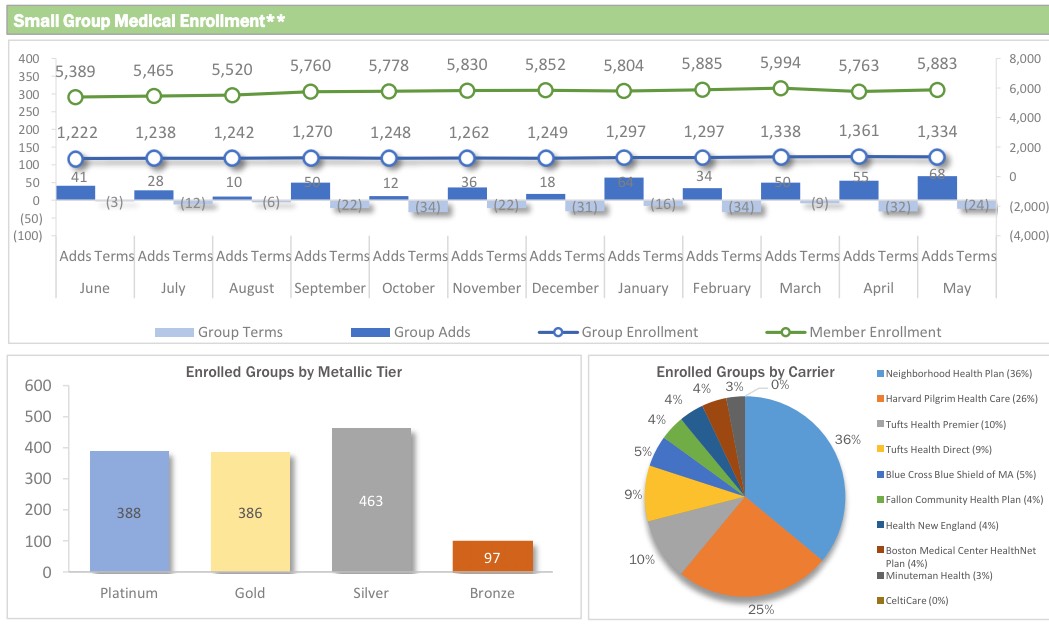 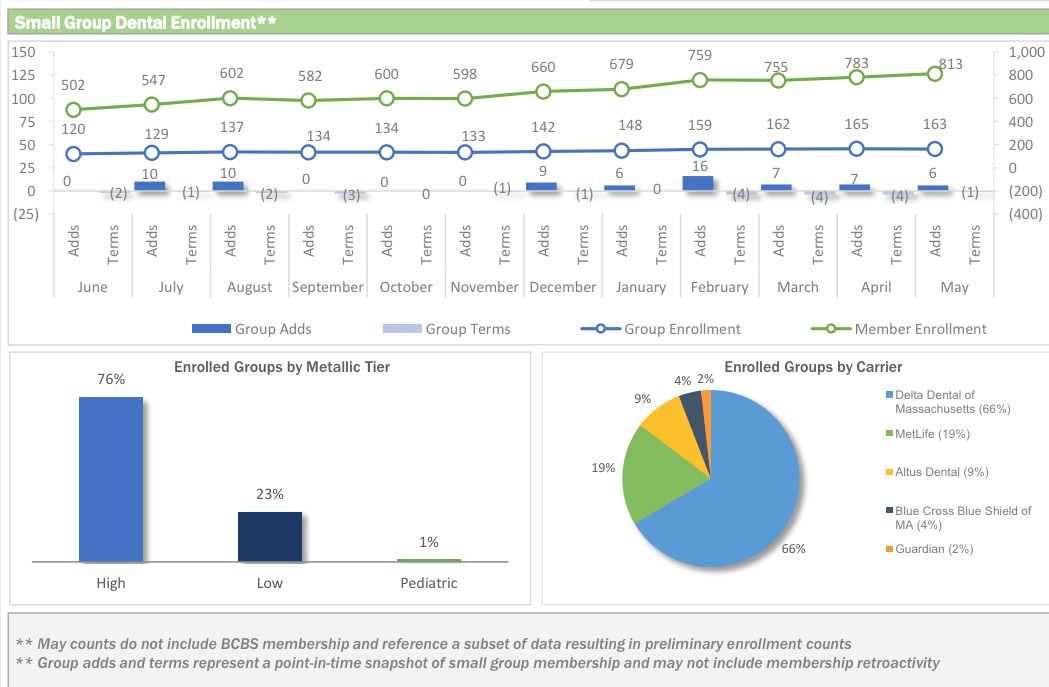