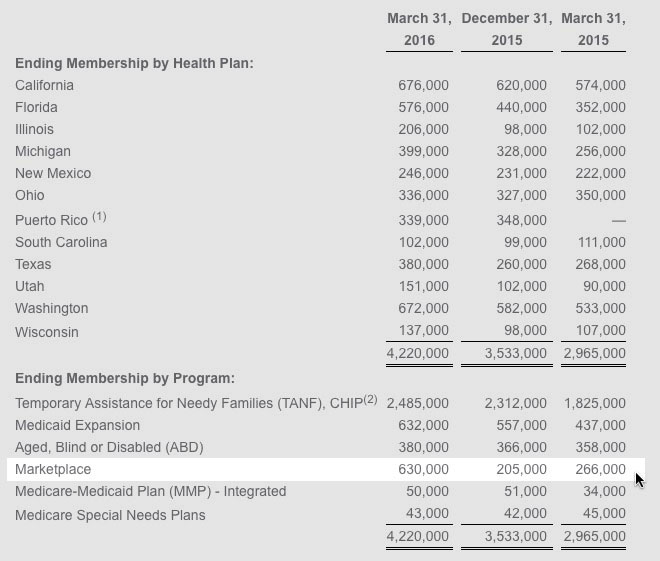 Unlike Centene, which saw massive growth primarily due to their buyout of HealthNet, I don't think Molina merged with anyone this year; if they did, please let me know in the comments. The only other factor I can think of is that they may have simply expanded into a lot of new states this year? Anyway, that's where things stand.