Massachusetts: Effectuated exchange QHPs up 0.6% (or 9.5%) since January

I noted last month that the Massachusetts Health Connector had increased their effectuated QHP enrollee total by around 12,000 people in the first month of the off season, which goes against the expected net attition expected once Open Enrollment ends.

However, I also noted that MA is unusual in that most of their exchange QHPs are in the form of "ConnectorCare" plans, which are availble for enrollment year round, just like Medicaid and SHOP enrollment. As a result, this increase, while legitimate, can not be used to extrapolate anything nationally.

Complicating this further is that there's a huge discrepancy between the official January MA Health Connector report, which claimed 196,554 people as of 1/31/16...and the official ASPE report, which pegged the number at 213,883 as of 2/01/16. That's over a 17,000 person gap, and while the ASPE report includes 1 extra day for "overtime" enrollees, I find it hard to believe that the MA exchange crammed 17,329 people in on the first day of February.

Annnnyway, MA's March report is now available, and it shows a continuing increase if you include "ConnectorCare" policies...and only a very slight drop if you ignore those and only look at the "Open Enrollment Only" policies (note: I'm relying on the state reports here, not the ASPE number:

However, when you remove the ConnectorCare numbers, you get:

If, however you use the ASPE report as your base, it's more like this:

I still have no idea what accounts for that 17K discrepancy, but going forward this shouldn't matter much.

In the meantime, here are the other key slides from the MA Health Connector March report: 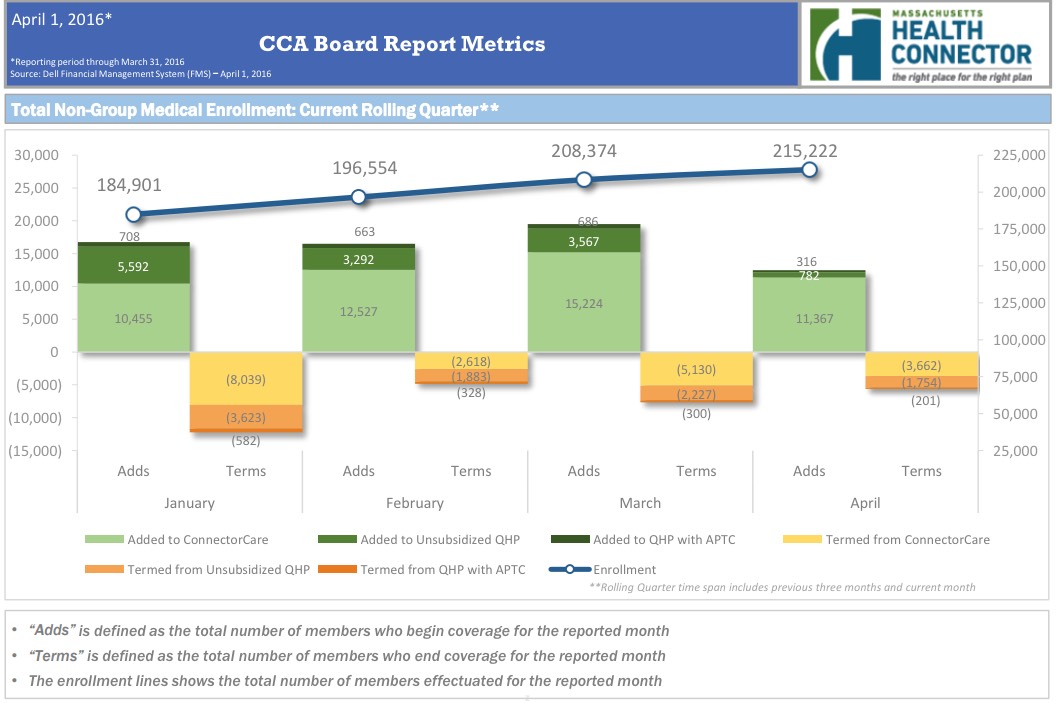 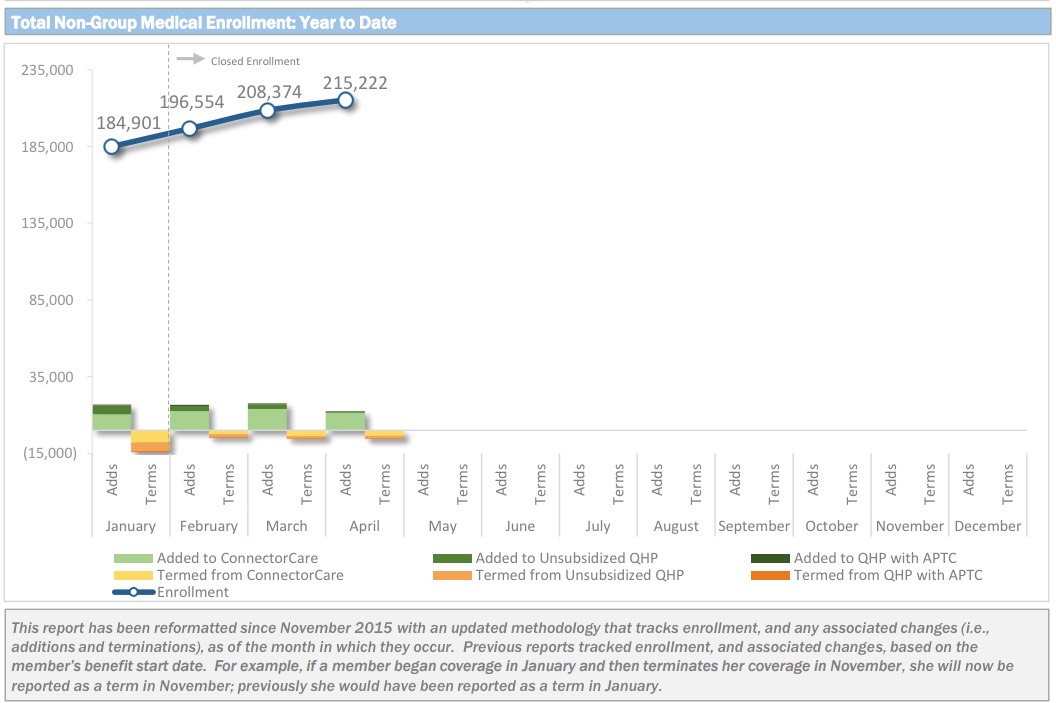 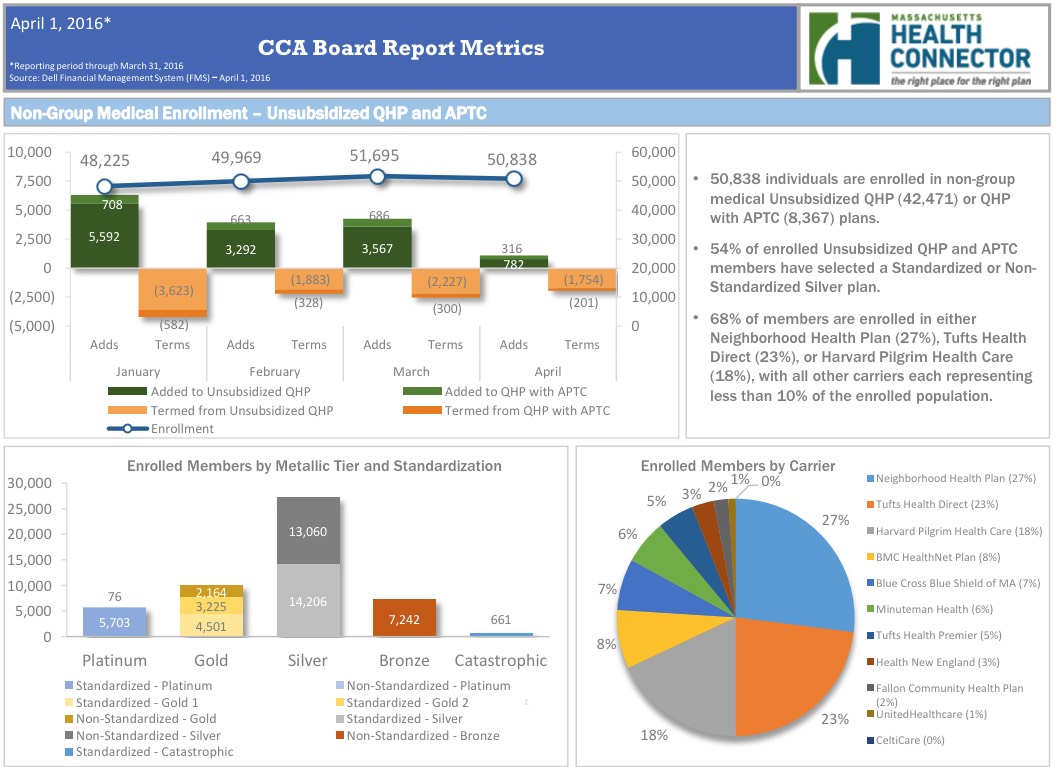 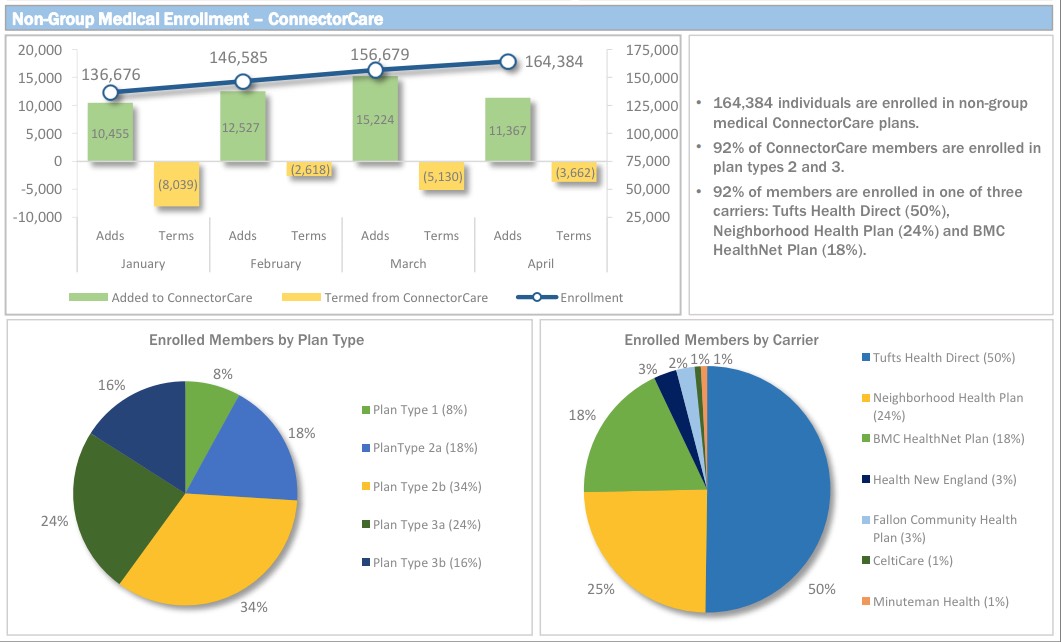 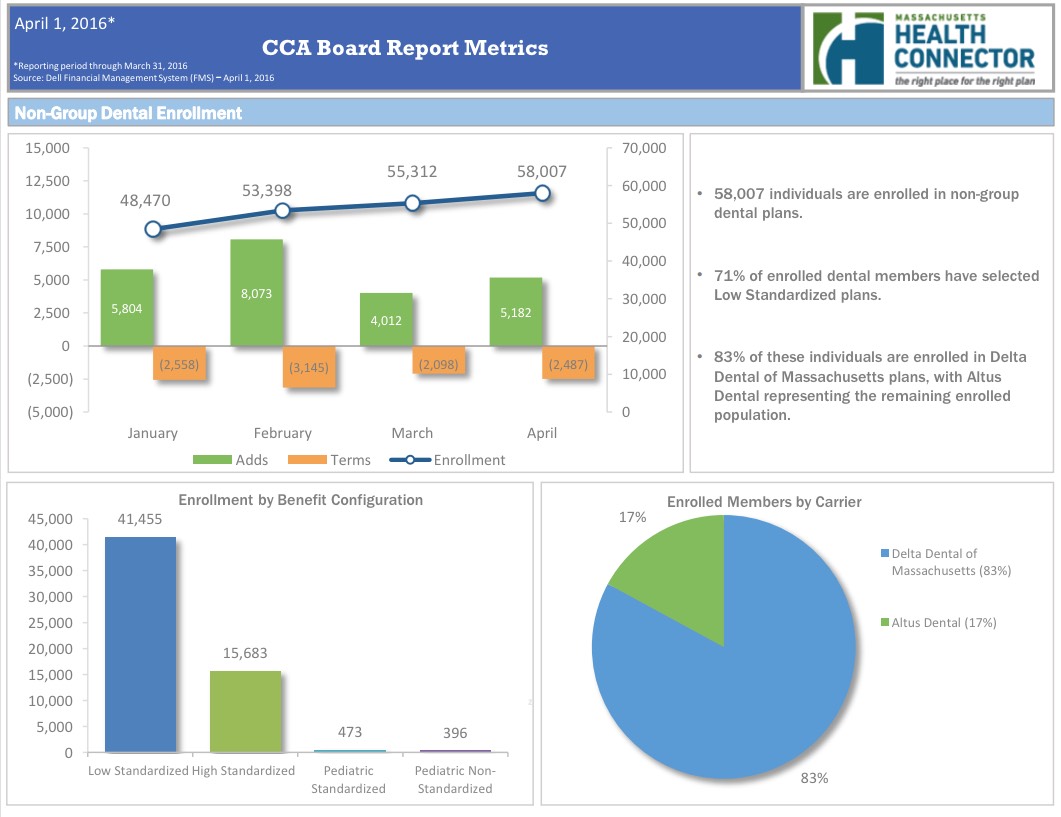 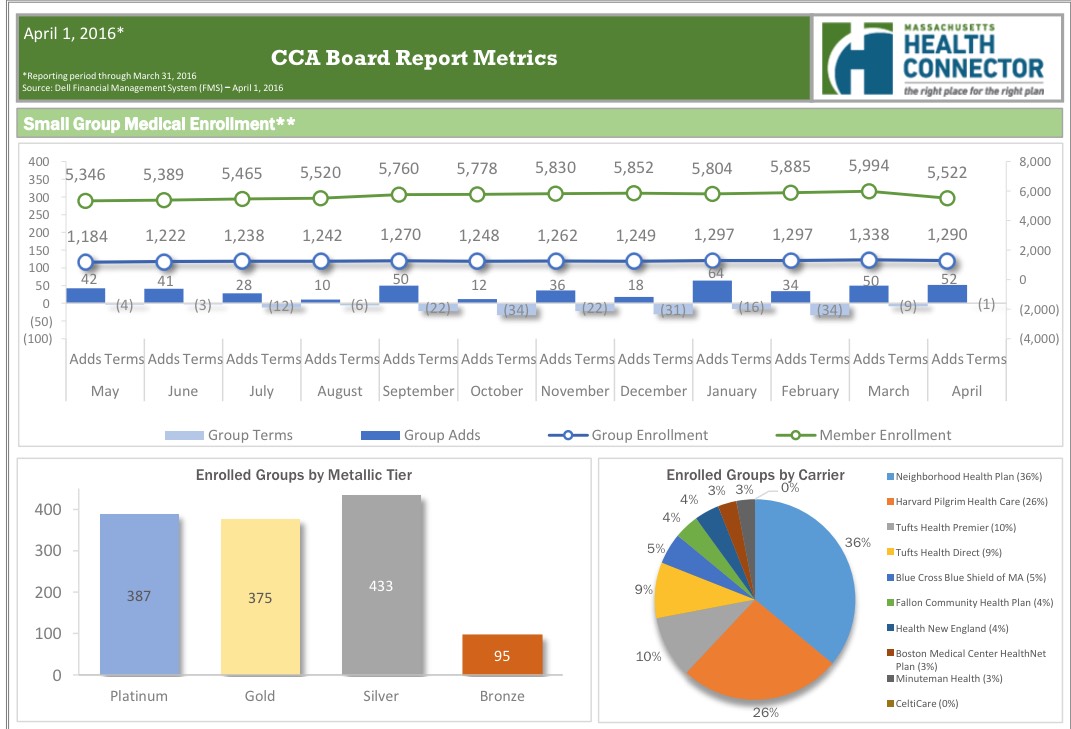 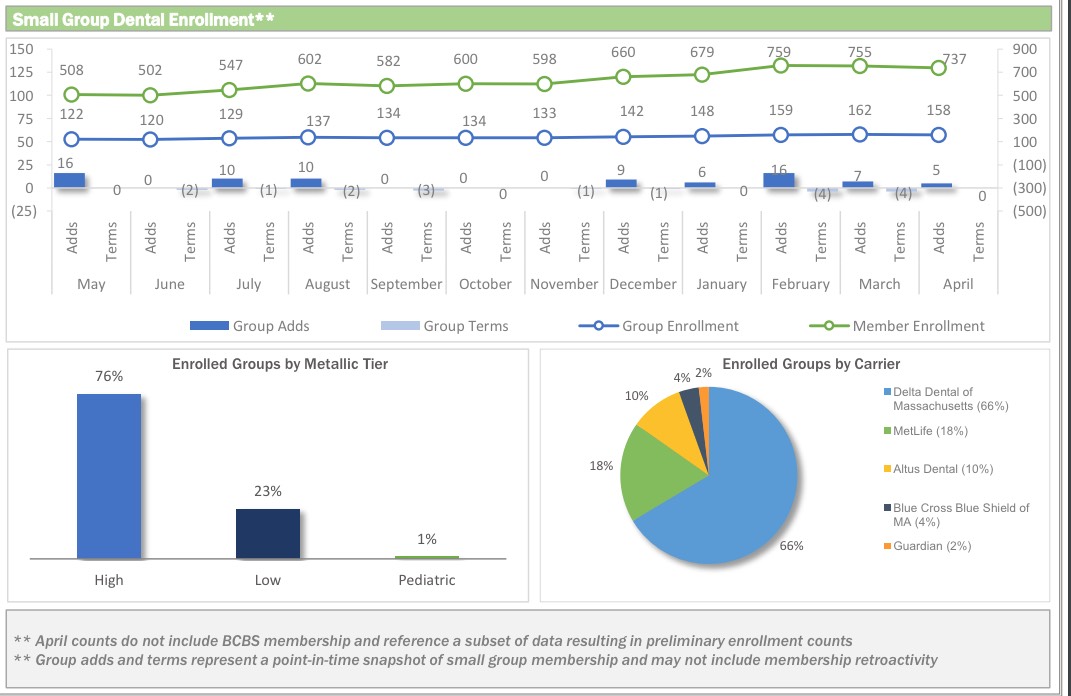