The previous entry was getting kind of long with all the updates, so I'm carrying it over to a new entry.

As you'll recall, until now I had data on "grandfathered" and "grandmothered" policy enrollment from 3 states: Alaska, Florida and Kentucky. However, even that limited data is kind of iffy, because most of it is from either 2014 or 2015, making it difficult to pin down the current numbers as of Spring 2016. Here's a summary of what I have so far: 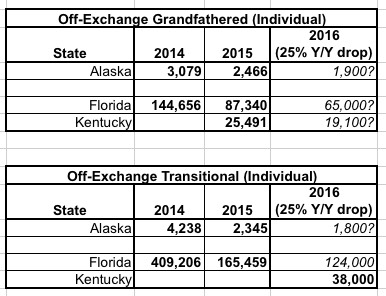 Based on these numbers, I've extrapolated out to estimate perhaps 1.1 - 1.6 million grandmothered (transitional) enrollees and 800K - 1.4 million grandfathered enrollees nationally.

You'll notice that I left a blank line; that's because as always, Louise Norris has come through with some hard numbers out of The Big One: California:

@charles_gaba And here's DMHC https://t.co/cdJzcwSGWV Looks like DMHC just has BC & Kaiser in ind. mkt, total of 88,318

Hmmmmm...California didn't allow any transitional plans past 2013 anyway, so that's a non-issue, but the Grandfathered number is helpful. 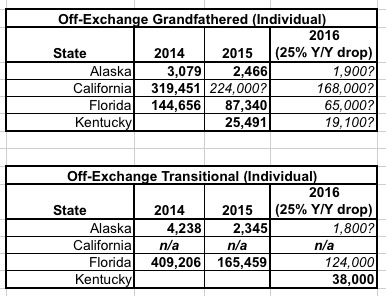 How does that play into my existing assumptions? Let's take another look at the big table (I lightened the shade of blue to make it easier to read). As you can see, my grandfathered enrollment estimate for California specifically ranges between 97,000 - 175,000. 168K falls within that range, if near the high end. This still doesn't prove anything (again, the numbers could vary widely from state to state, and it's a big leap of faith on my part to assume a 30% drop last year and another 25% drop this year), but it's still another large piece of the puzzle. 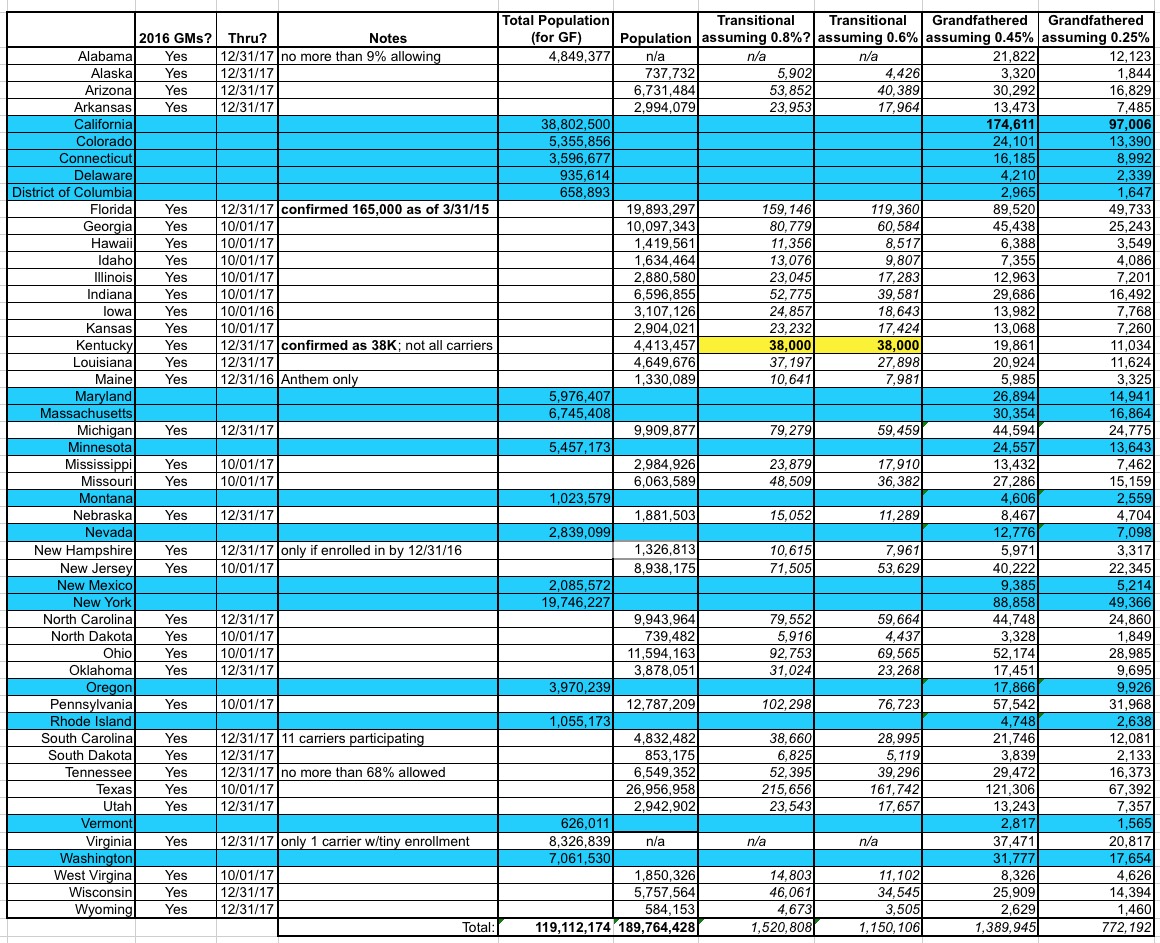