The official CMS November 2015 Medicaid/CHIP Enrollment Report has been released, and the net enrollment increase due to the ACA continues to quietly increase, passing the 14 million mark (or, arguably, hitting 15 million, depending on your POV):

This number is about 900K lower than October's report (71.8 million) due to a reporting correction in California:

6 The data contained in this report is preliminary because it is reported soon after the close of the reporting month and contains few, if any, individuals who become eligible in November 2015 after the close of the month due to retroactive eligibility under Medicaid or similar reasons. In Medicaid, individuals are potentially eligible for retroactive coverage for incurred health care costs dating back to 90 days prior to the date of application. This figure is not comparable to the October 2015 total enrollment included in last month’s report (nearly 71.8 million). California updated its data this month to more closely align with CMS’s data specifications, which resulted in a downward adjustment to its total enrollment of more than 1 million. The state subsequently revised all prior months’ enrollment counts to reflect the updated methodology and to ensure comparability across months. The state’s enrollment data for October 2015 and the July – September 2013 baseline period that are included in this report reflect this methodological change.

In other words, the grand total number of enrollees was reduced by over 1 million, but increased by 275,000 vs. October nationally:

The monthly increases are less dramatic than they were in 2014 and the first half of 2015 because ACA Medicaid expansion has slowed down, but that's still another 275,000 who've signed up. As a result...

That's 14.1 million additional people covered since October 2013. Around 11 million of these are via "official" ACA expansion; the other 4 million are either "woodworkers" (people who were already eligible for Medicaid prior to the ACA but who didn't actually sign up until the expansion program started) or people who are simply newly-eligible for "regular" Medicaid for the same reasons people have always become eligible.

In addition, as always, you have to tack on the additional 950K who were quietly added to the Medicaid roles before expansion officially started, although most of these folks were actually transferred to Medicaid from other existing state-run public healthcare programs, such as LIHP in California, CommonwealthCare in Massachusetts and so forth:

Add it all up, and this is what the Medicaid Graph looks like: 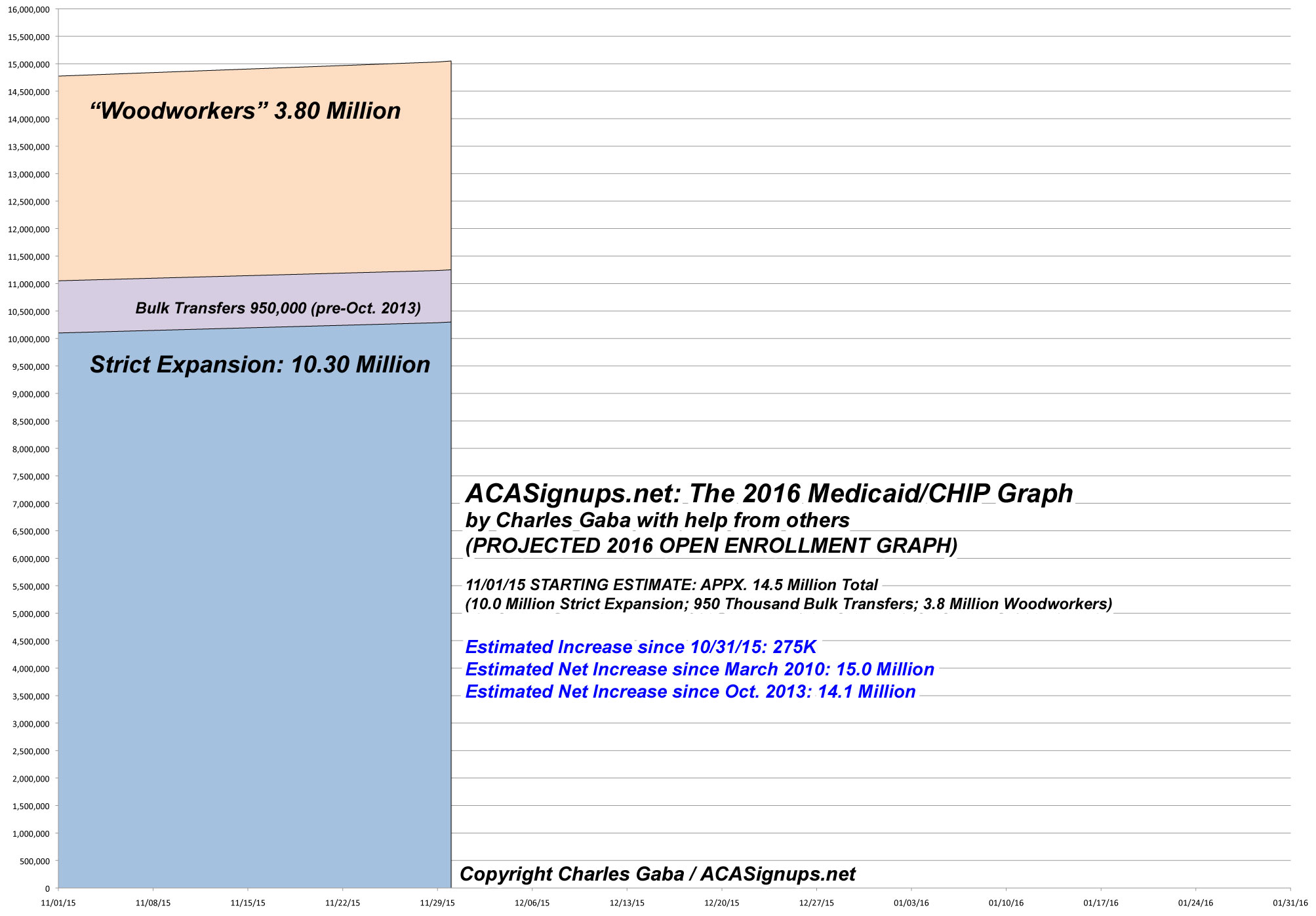